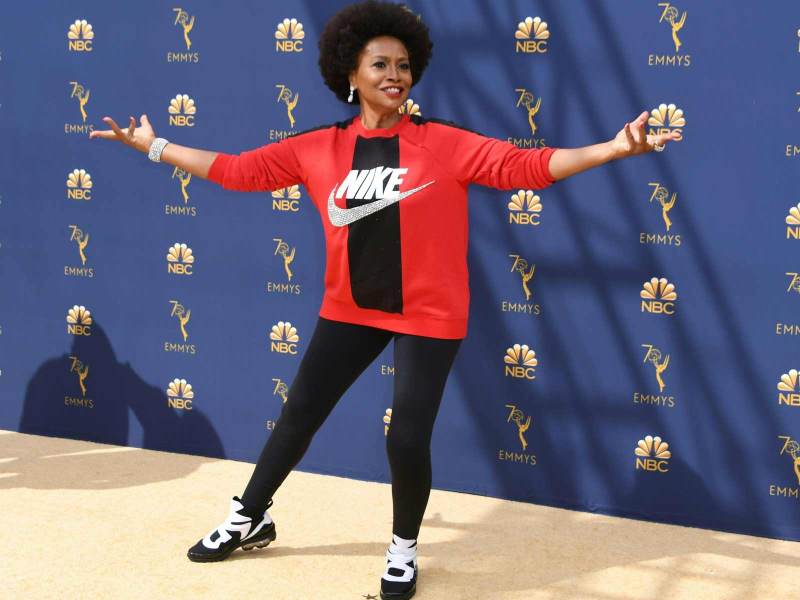 Jennifer Lewis Rocks All Nike on the Emmy’s Red/Gold Carpet!

he red carpet during top-tier awards shows, like the 70th Primetime Emmy Awards, are typically reserved for designer gowns and tailored tuxedos. Black-ish actress Jenifer Lewis, however, decided to veer from...
by Joy Smith September 18, 2018 411 Views

he red carpet during top-tier awards shows, like the 70th Primetime Emmy Awards, are typically reserved for designer gowns and tailored tuxedos. Black-ish actress Jenifer Lewis, however, decided to veer from this practice when she hit the Emmys’ gold carpet on Monday wearing a Nike sweatshirt for a very special reason. 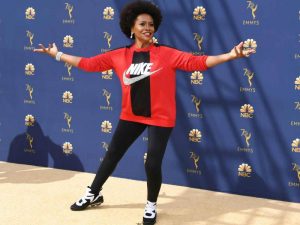 “I am wearing Nike to applaud them for supporting Colin Kaepernick and his protest against racial injustice and police brutality,” Lewis, 61, told Variety.

Lewis’s look honors Nike’s newly released controversial ad campaign featuring Kaepernick. The former San Francisco 49ers quarterback started the National Football League protests where players take a knee during the National Anthem. The campaign, which is for Nike’s 30th anniversary, boasts the slogan: “Believe in something. Even if it means sacrificing everything.”

Lewis wanted to adequately honor Nike for its latest campaign.

“What can I do? What can I do that’s meaningful? I’ll wear Nike,” Lewis explained further to Variety. “I’ll wear Nike to say thank you. Thank you for leading the resistance! We need more corporate America to stand up also.” 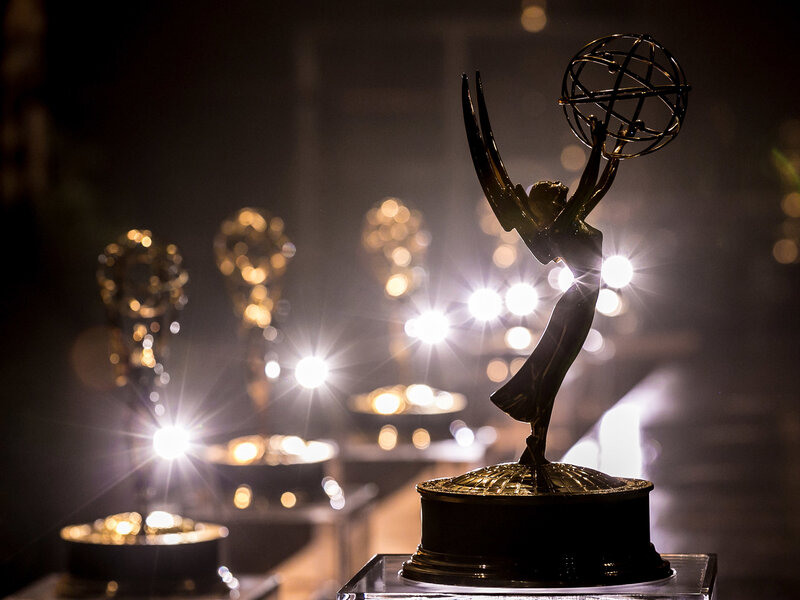 Lewis isn’t the first celebrity to use the red carpet as an opportunity to make a bold political statement. At the 2017 Grammy Awards, recording artist Joy Villa hit the red carpet wearing a gown that boasted President Donald Trump’s slogan, “Make America Great Again.” Villa additionally wore a pro-life dress to the 2018 Grammys.

“I love what he is doing; unemployment is down,” Villa, 27, said to reporters at the 2018 Grammys red carpet. “I am totally for President Trump and it’s only been one year. I can’t wait for the next seven years.”

Celebrities that graced January’s Golden Globes red carpet made a major political statement as well by wearing Time’s Up pins and all-black ensembles. Meryl Streep, Natalie Portman, Eva Longoria, Kerry Washington and America Ferrara were among a large group of A-list talent—both female and male—who dressed in such a manner.

“This isn’t a female issue, it’s a power issue and so saying time’s up to ending the abuse of power and recognizing the women that came forward. They kicked that door open for this conversation to happen,” Longoria, now 43, told reporters at the time. “There’s so many amazing women who’s lives were changed because of this. So we want to make sure that doesn’t happen again, with this movement.”