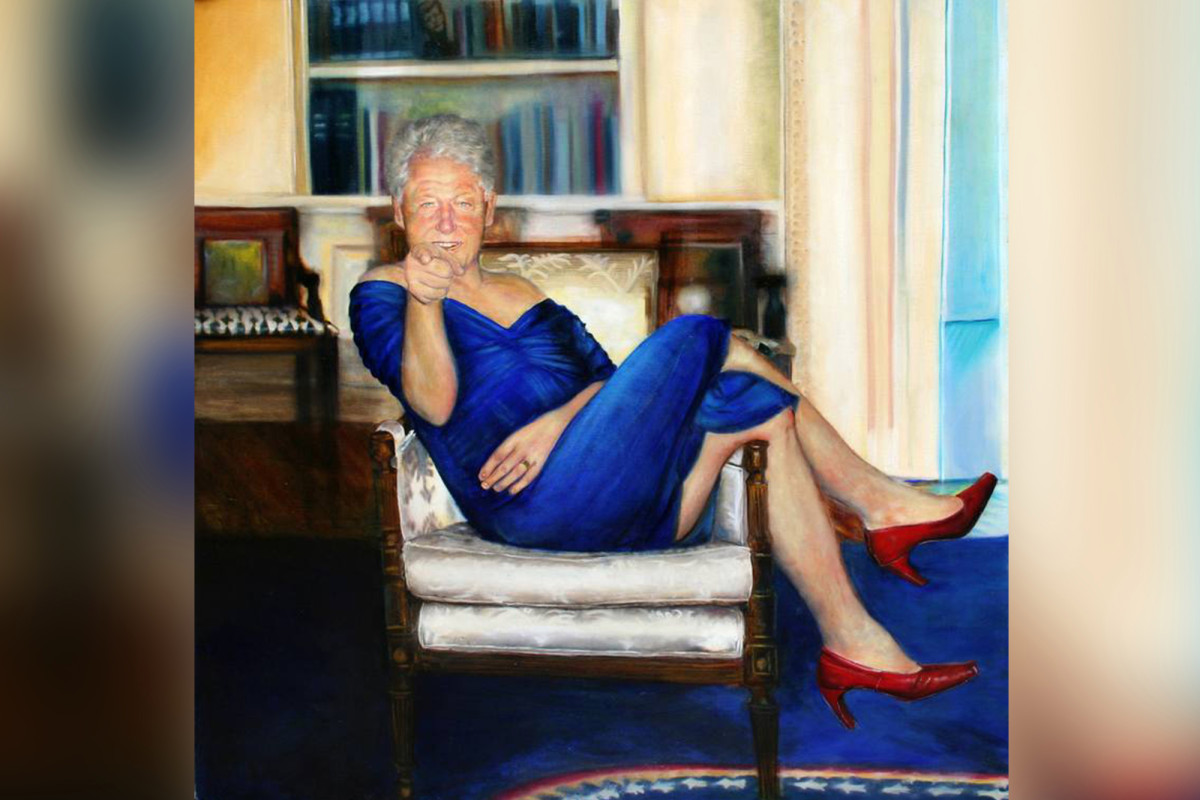 Jeffrey Epstein had a bizarre painting of Bill Clinton in dress, heels in townhouse!

It’s certainly a conversation starter. Jeffrey Epstein had an oil painting of Bill Clinton in a blue dress — lounging on a chair in the Oval Office — hanging...
by Joy Smith August 15, 2019 415 Views

Jeffrey Epstein had an oil painting of Bill Clinton in a blue dress — lounging on a chair in the Oval Office — hanging up in his Manhattan townhouse, according to law enforcement sources.

“It was hanging up there prominently — as soon as you walked in — in a room to the right,” a source told The Post. “Everybody who saw it laughed and smirked.”

But the bizarre home decor didn’t stop there.

Epstein, 66, also kept a mannequin hanging from the ceiling — dressed up in a wedding gown, the source said, noting how the doll was situated above a staircase.

A woman who visited Epstein’s $56 million home confirmed the existence of the Clinton painting to the Daily Mail, but didn’t mention the mannequin. She was able to snap a picture of the painting, which was posted online Wednesday.

In it, the former president can be seen lounging on a chair in the Oval Office — pointing toward the viewer — while wearing red heels and a blue dress similar to the one Monica Lewinsky famously donned during their White House hookup.
Jeffry EpsteinAP

A piece dubbed “Parsing Bill” was painted and sold by a New York-based artist named Petrina Ryan-Kleid. Saatchi Art, an online art gallery, describes it as an “oil on canvas” with dimensions of 40 W x 40 H x 2 in. The painting inside Epstein’s home appears to be the same size, and sources told The Post it was also done with oil.

Attempts to reach Ryan-Kleid were unsuccessful on Wednesday night. A relative, when reached by telephone, said he knew of the painting’s existence but was unaware of a connection to Epstein.

43 Bales of Pot Worth $1 Million Found Floating Near Island!