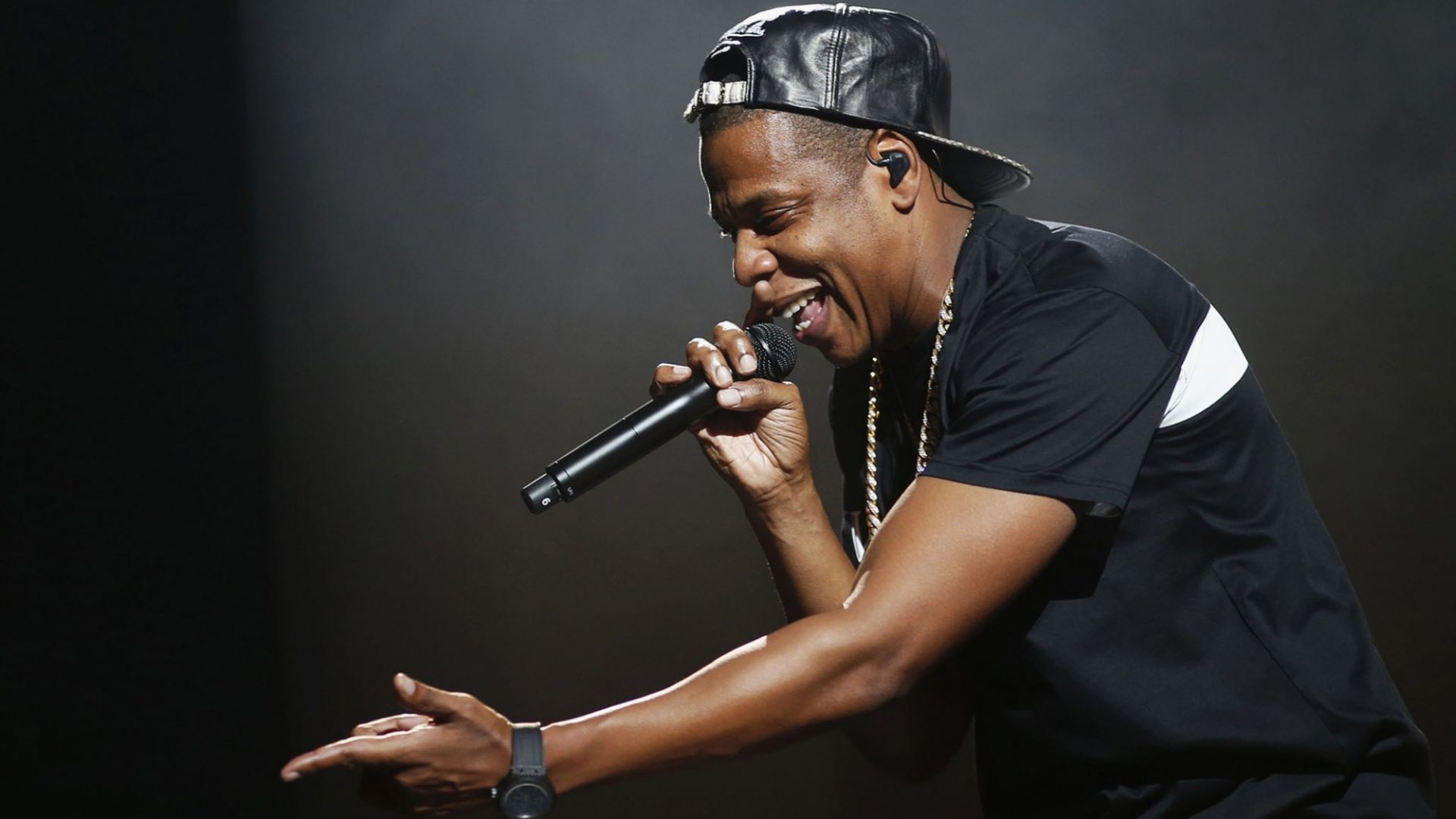 Jay-Z Joins the Ranks of the Insufficiently Woke

Jay-Z performs at Bercy stadium in Paris, October 17, 2013 (Benoit Tessier/Reuters) The social-justice Left sees only one path to redemption for the NFL, and that’s a team signing...
by Raquel Jayson August 19, 2019 252 Views

The social-justice Left sees only one path to redemption for the NFL, and that’s a team signing Colin Kaepernick.

Rapper and mogul Jay-Z announced his company’s new partnership with the National Football League and has made much of the social-justice Left furious:

I think that we forget that Colin [Kaepernick]’s whole thing was to bring attention to social injustice, correct? So, in that case, this is a success; this is the next thing. ’Cause there’s two parts of protesting. You go outside and you protest, and then the company or the individual says, “I hear you. What do we do next?” So, for me, it was like, action, actionable item, what are we going to do with it? Everyone heard and we hear what you’re saying, and everybody knows I agree with what you’re saying. So what are we going to do? So we should, millions of millions of people, and all we get stuck on [is] Colin not having a job. I think we’re past kneeling. I think it’s time for action.

Jay-Z’s agreeing to a lucrative partnership with the NFL was sufficient provocation for some progressive African-American writers to compare him to Judas: At The Root, Angela Helm writesthat Jay-Z has received “half of his thirty pieces of silver,” amid rumors that Jay-Z will soon acquire a “significant ownership interest” in an NFL team.

Former ESPN host Jamele Hill called Jay-Z “an accomplice in the [NFL’s] hypocrisy” and charged, “Jay-Z has given the NFL exactly what it wanted: guilt-free access to black audiences, culture, entertainers, and influencers.”

Carolina Panthers safety Eric Reid, perhaps the current player most vocal in his support for Kaepernick, declared on Twitter:

We had no beef with the NFL until they started perpetuating the systemic oppression that we are fighting by blackballing Colin and then me. Nah I won’t quit playing but I will be a royal pain in the NFL’s a** for acting like they care about people of color by forming numerous disingenuous partnerships to address social injustice while collectively blackballing Colin, the person who brought oppression and social injustice to the forefront of the NFL platform.

In the eyes of the African-American, social-justice Left, any NFL partnership with Jay-Z, any roundtable discussions, and any public-awareness campaigns are mere window-dressing to obscure their past unjust actions and viewpoints, injustice best exemplified by the treatment of Kaepernick. The more the NFL does to try to win over these critics, the more those critics will loudly denounce those efforts as a bad-faith or cynical public-relations effort. In this mindset, social justice means Kaepernick playing again, and any outcome without that element cannot constitute true social justice.

In the eyes of the self-proclaimed “woke,“ there is only one way that the National Football League can demonstrate sufficient devotion to their cause, and that is to see Kaepernick in an NFL uniform again.

Hill puts it explicitly: “It doesn’t matter whom the NFL partners with, or how much money it pours into social-justice causes. The league’s actions come off as disingenuous because Kaepernick remains unemployed as a result of a peaceful protest.”

In the Left’s narrative, Kaepernick is a talented star who has been blackballed for expressing viewpoints that irk team owners who are wealthy and white. But there are complications to the narrative that only racial and ideological bias are keeping Kaepernick from a job in the NFL.

Kaepernick is now 31 and hasn’t played since 2016, and in his last full season, he lost his job as starting quarterback to Blane Gabbert twice. (Since that season, Gabbert has gone on to be the third-string quarterback for the Arizona Cardinals and a benched backup for the Tennessee Titans; he is currently competing for the backup-quarterback job for the Tampa Bay Buccaneers.) A few NFL quarterbacks can play well into their thirties — Tom Brady is 41 — but it is likely that Kaepernick’s best years are behind him.

Most NFL teams either are in a mode to “win now” or are rebuilding for the future. Kaepernick isn’t good enough to help a team that’s built to win now, and he’s probably too old to be a building block for the future.

Yes, NFL team owners are undoubtedly reluctant to sign Kaepernick in part because of his controversial viewpoints and fears that fans would stay away, and perhaps some owners would refuse to sign him out of personal animosity stemming from the quarterback’s views. (For example, it is easy to understand why the Miami Dolphins would be reluctant to sign a player who defended Fidel Castro and enraged south Florida’s Cuban-American community.)

But if Kaepernick were guaranteed to play on the level of Tom Brady or Patrick Mahomes in the coming season, some team somewhere would put aside fears of controversy and gamble that the fans they lost as a result of Kaepernick’s public stances would be more than offset by fans gravitating to them because of the wins that would probably come from a quarterback capable of a season with 4,000 passing yards and 40 touchdown passes. This is the same league that welcomed back Michael Vick after he spent 21 months in federal prison for his role in a dogfighting ring. NFL teams find room on their rosters for players who have run-ins with the law and engage in all kinds of scandalous behavior — as long as they’re talented enough to justify the bad publicity.

With the possibility of a team signing Kaepernick extremely unlikely, what is the NFL supposed to do? Would these activists, writers, and NFL players prefer that the NFL ignore the issues of police brutality, insufficient opportunities in African-American communities, the human consequences of the war on drugs? The league is giving these voices something they’ve demanded for a long time. Now that it has arrived, no one seems all that happy or satisfied.

The upshot is that a lot of outspoken African Americans who once revered Jay-Z are suddenly slamming him in harsh and personal terms. A headline at The Root declares, “Jay-Z Got Paid to Be the NFL’s Black Boyfriend.” Reid calls him “kind of despicable.” A common refrain among conservatives is that “you’re never woke enough,” implying that all it takes is one deviation from politically correct orthodoxy to run afoul of a social-media mob that is eager to “cancel” you, metaphorically or perhaps literally, if you work in the entertainment industry.

The sudden rage at Jay-Z has some giant illogical contradictions that few advocates of “Cancel Culture” want to think about too deeply. Steven Carter, a Yale law professor and former clerk to Thurgood Marshall, asks, “If Jay-Z shouldn’t take the NFL’s money, why should the players? Surely by accepting annual salaries that in some cases are in the eight-figure range, they’re betraying the same principles.”

Jay-Z contended that African Americans and their allies were “past kneeling.” Quite a few voices, including Kaepernick, vehemently argued that they aren’t. That next step after symbolic protest is more difficult — and perhaps, to some, frightening.

Officer In The “I Can’t Breathe” Chokehold of Eric Garner Is Finally Fired 5 Years After His Death!