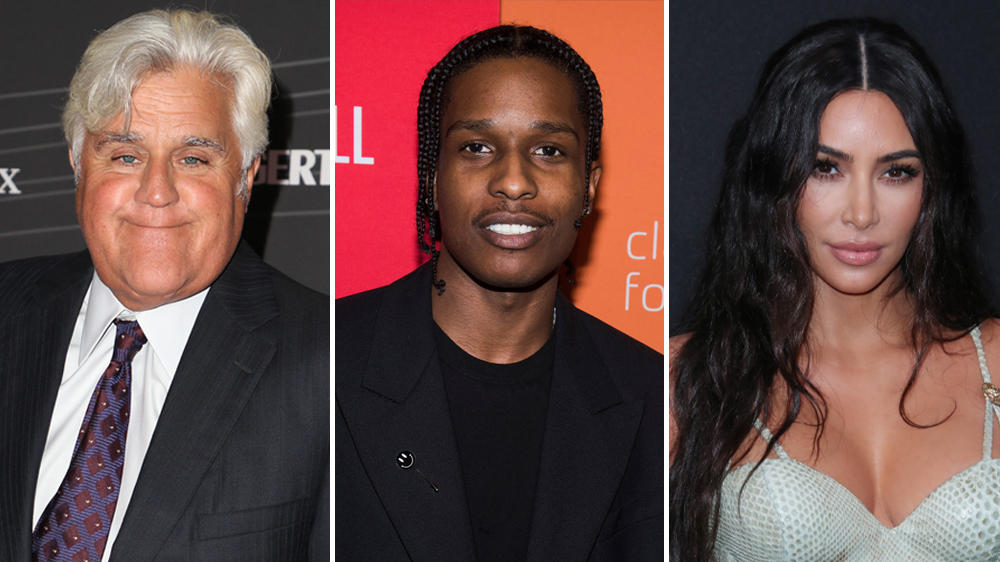 Jay Leno, A$AP Rocky, Kim Kardashian: What Are They Doing in the Impeachment Hearing?

“You can tell the Kardashians you tried.” When history is written, this will stand out as one of the sadder lines spoken in two weeks of impeachment hearings on...
by Raquel Jayson November 21, 2019 279 Views

“You can tell the Kardashians you tried.”

When history is written, this will stand out as one of the sadder lines spoken in two weeks of impeachment hearings on Capitol Hill. Three Hollywood figures have played off-screen roles in the Ukraine saga, standing out as curious intrusions into the House probe of international corruption, bribery and official misconduct.

The most notable is A$AP Rocky, the American rapper who was arrested on July 3 on charges related to a scuffle in Stockholm. On July 25 — the same day of the infamous call between President Trump and Ukraine President Volodymyr Zelensky — Swedish prosecutors filed assault charges against A$AP Rocky. At 2:24 p.m., about five hours after the Zelensky call, Trump tweeted: “Give A$AP Rocky his FREEDOM. We do so much for Sweden but it doesn’t seem to work the other way around. Sweden should focus on its real crime problem! #FreeRocky”

The matter was still on Trump’s mind the following day, when he received a call from Gordon Sondland, the hotel chain owner whom Trump had appointed as U.S. ambassador to the European Union. Sondland was calling on an unsecured phone from the patio of a restaurant, where he was treating foreign service officials to lunch. David Holmes, one of the officials, testified in a deposition on Nov. 15 that he could hear Sondland discussing the rapper’s plight with Trump.

“Ambassador Sondland told the president that the rapper was, quote unquote, kind of eff’d there… he used the actual word… and quote, he should have pled guilty,” Holmes testified. “He recommended that the President, quote, wait until after the sentencing or it would only make it worse, unquote, adding, the President should, quote, let him get sentenced, play the racism card, and give him a ticker-tape when he comes home.”

Holmes added that Sondland also told the president that, “Sweden should have released him on your word, but that, quote, you can tell the Kardashians you tried.”

Thank you @realDonaldTrump , @SecPompeo, Jared Kushner & everyone involved with the efforts to Free ASAP Rocky & his two friends. Your commitment to justice reform is so appreciated 🙏🏼🤞🏼 https://t.co/Ym1Rzo5Z6c

One week earlier, TMZ broke the news that Kim Kardashian and her husband, Kanye West, had reached out to Jared Kushner, the president’s son-in-law, to lobby for A$AP Rocky’s release.

Thank you @realDonaldTrump , @SecPompeo, Jared Kushner & everyone involved with the efforts to Free ASAP Rocky & his two friends. Your commitment to justice reform is so appreciated

Of greater significance to the impeachment inquiry, Sondland and Trump also discussed the political investigations that Trump had urged Ukraine’s president to announce. Sondland, however, neglected to mention the conversation in his own testimony to the House Intelligence Committee.

Testifying before the committee on Wednesday morning, Sondland said that the mention of A$AP Rocky had brought it all back to him.

“Yeah, what triggered my memory was someone’s reference to A$AP Rocky, which was I believe the primary purpose of the phone call,” Sondland said.

Dan Goldman, the Democratic counsel to the committee, seemed taken aback: “Certainly, so that’s one way memory works isn’t it?”

Sondland was also in the middle of the other celebrity connection to the hearings. Holmes testified that Sondland hosted a dinner in Zelensky’s honor on June 4 in Brussels. Among those in attendance were Kushner and Jay Leno, the former “Tonight Show” host. Sondland has for many years run the Gordon D. Sondland and Katherine J. Durant Foundation. Leno has been involved in annual fundraising events for the charity, according to an online bio of Sondland.

The Washington Post reported on Oct. 4. that Leno performed a stand-up routine for the assembled officials, but his “U.S.-focused patter fell flat on the ears of European officials.” Sondland remembered the evening differently in his deposition testimony on Oct. 17.

“Jay Leno was there. Mr. Kushner was there. There were a lot of celebrities, guests, and it was a very sort of light-hearted evening,” Sondland said.

Zelensky was a comedian in Ukraine before he entered politics. Asked how the Ukraine president got along with Leno, Sondland answered, “He was honored to meet him. Apparently Jay Leno was his hero.”

Fitness Model Found Shot In The Head, Repeatedly Stabbed In Her Home