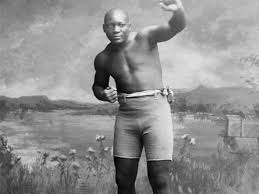 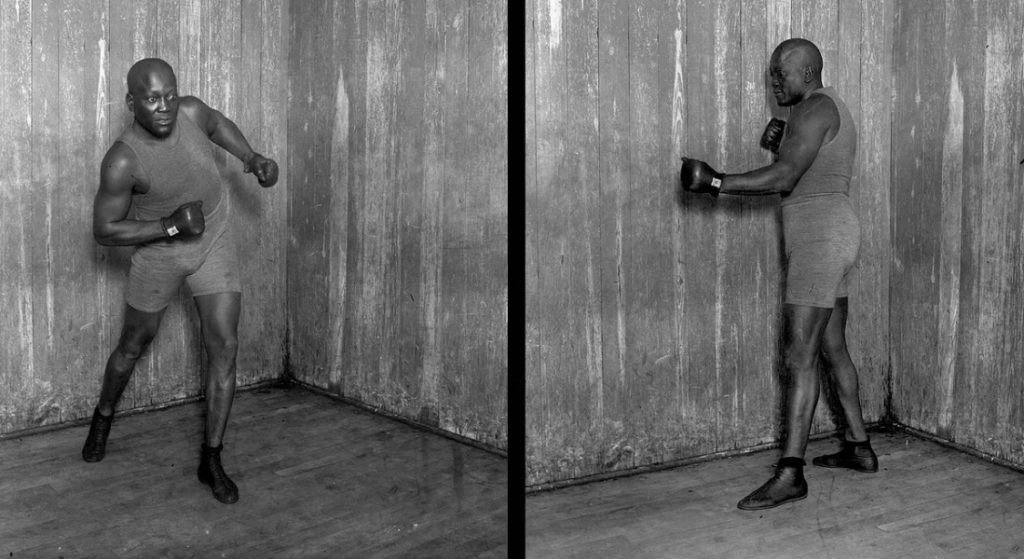 On Oct. 17, 1912, a woman identified only as “Mrs. F. Cameron-Falconet” went to the Clark Street police station and, as the Tribune reported, asked the Chicago cops to rescue her daughter, 19 and white, “from the clutches of Jack Johnson, Negro heavyweight champion pugilist.”

That opened a racial drama that landed Johnson behind bars and has bedeviled and fascinated Americans ever since. On Thursday, President Donald Trump pardoned Johnson, who captivated the world with his boxing skills but ultimately went to prison as a consequence of Cameron-Falconet’s complaint.

Her daughter, Lucille Cameron, had moved to Chicago from Minneapolis in the spring of 1911. She found an office job and suitable roommates, as her mother had seen on an earlier visit. Then her letters home stopped.

Cameron had found her way to a nightclub Johnson owned at 41 W. 31st St. Writing about the bar’s opening in July 1912, a Tribune reporter observed that Chicago’s black population was 120,000 and noted that 119,983 of them seem to have attended: “It was said seventeen of them were working or otherwise kept away from the ‘Café de Champion.'”

Mesmerized by the excitement, Cameron chucked her office job and became the nightspot’s cashier. When a Minneapolis reporter told this to Cameron-Falconet, she came to Chicago and phoned Johnson, who offered to take her to see her daughter.

Getting into the limousine in which he was riding, she drew the shades, loath to be seen with a black man. She told a reporter that Johnson’s response was, “O, some of the best white women in Chicago ride in this car.”

Johnson did marry three white women, even though interracial sexual relations were taboo then. Nor could many whites accept the idea of Johnson in 1908 becoming the heavyweight champion, the first African-American to hold the title.

After Johnson – in what was promoted as “the fight of the century” – retained his championship in 1910 by beating a white former champion, Jim Jeffries, deadly riots erupted across the country.

But by 1912, either Cameron didn’t share those prejudices or, as her mother saw it, she had been somehow coerced or constrained by Johnson. “I was concerned at that time the negro has a hypnotic influence over Lucille,” Cameron-Falconet told the Tribune.

Cameron refused to leave the apartment on Sheridan Road to which Johnson brought her mother. Cameron-Falconet went to the cops, and Johnson was ordered to bring Cameron to a police station.

“How can I help it if the girl is crazy about me?” Johnson said. “I am going to pick my own girls, and nobody is going to dictate to me either.”

This news set off a tidal wave of ugly words and actions. A huge crowd gathered at North State Street and Walton Place where a figure labeled “Jackson” dangled from a telephone pole. “Nobody seemed to know who had hanged the negro pugilist in effigy,” the Tribune noted, “and no effort was made to remove it.”

Johnson and his bodyguards were confronted by an angry mob when he went to the First National Bank to withdraw funds in hopes of posting a bond for Cameron. Someone threw a heavy glass inkwell from an upper-story window that landed a few feet from Jackson.

For its part, the Tribune referred to Johnson’s fans as “pickanninies.” It published the text of a telegram sent to the Tribune’s editor from New Orleans asking: “Will Tribune receive money from southerners for Johnson prosecution fund? Many here would give.”

From the prosecutors’ standpoint, the problem was not whether to put Johnson behind bars, but how. Cameron was above the age of consent, so Johnson couldn’t be prosecuted for statutory rape. Her mother persuaded a judge to have Cameron evaluated in a mental institution. But the U.S. Department of Justice entered the case and had her confined as a “material witness,” first in a deputy marshal’s home in Wheaton, then in a Rockford jail. The feds wanted to charge Johnson with “white slavery,” forcing a woman into prostitution. Through it all, Cameron remained fiercely loyal to Johnson.

With Cameron standing firmly with Johnson, the feds were about to throw in the towel. “Up to shortly before noon last Friday, it is an open secret around the federal building the government had concluded it could not indict Johnson,” the Tribune reported on Nov. 12, 1912. “Then Belle Schreiber made her appearance.”

Schreiber said that Johnson had taken her back and forth between Milwaukee and Chicago sometime in 1909 or 1910. That enabled the feds to indict Johnson under the Mann Act, which made it a crime to transport a woman across state lines for an “immoral purpose.”

When the officiating minister rang the bell of Johnson’s Wabash Avenue mansion, the Tribune noted: “A large negro mammy opened the door.” Johnson slipped a six-carat diamond on his bride’s finger, the Trib reported, and she shrieked with joy as a photographer’s light bulb went off. In Minneapolis, the Tribune said, Cameron-Falconet fainted upon hearing the news.

Six weeks later, the Tribune got a tip that the newlyweds were aboard a train headed to Canada, which would violate Johnson’s court order not to leave the state. A reporter alerted the feds, and they were captured in Battle Creek, Mich.

In June 1913, Johnson was convicted and sentenced to a year and a day in prison and fined $1,000, but he wasn’t taken into custody immediately. Sometime over the next few weeks, Johnson made a successful escape to Canada. Cameron joined him, and they traveled on – for seven years shuttling between Mexico and Europe. He fought bulls in Mexico City and ran a bar, the Main Event, in Tijuana, Mexico. Johnson also made good money by peddling a patent-medicine cure for “nerves.”

Despite Johnson’s absence, his Chicago fans remained passionately loyal, as the Tribune reported when he defended his title in Paris in 1914: “Until the small hours in the morning the colored folk congregated on the corners or marched down the streets singing praises to their champion.”

But on April 5, 1915, he lost his championship title when he was knocked out by Jess Willard in the 26th round of a bout held in Havana, Cuba.

He paid a quick visit to his homeland on June 30, 1920. Keeping up with his exercise, he ran onto a bridge connecting Tijuana and the U.S. “Finding no American custom officers in sight, he placed one foot on this side of the line, then the other,” the Tribune reported. Then he retreated to the Mexican side.

A few weeks later, he agreed to return to the U.S., and a sheriff was sent to escort him. “The trip to the border, a distance of half a mile, was delayed long enough for Johnson to stop in one of the saloons to bid his friends good-by,” a Tribune reporter wrote, using the newspaper’s then-simplified spelling style. “Several white women there drank with him at the bar, wishing him good luck and regretting that he was leaving.”

He served a reduced, 10-month prison sentence. Upon his release, he was met by thousands of black Chicagoans, “howling, cheering, and fighting for a chance to see and shake the hand of Jack Johnson, former heavyweight champion of the world.”

He returned to the boxing ring, though with diminishing skills. Always a big spender, he needed the money and fought his last match when he was 60. He appeared in vaudeville and made a non-singing appearance in a production of “Aida.” He loved opera.

On June 10, 1946, he was killed in an automobile crash – fast cars were another of his passions – and was buried in Graceland Cemetery on Chicago’s North Side.

Cameron had divorced him, but his third wife echoed the earlier wife’s sentiments when a reporter asked about her feelings for Johnson at his funeral. “I loved him because of his courage,” Irene Pineau replied. “He faced the world unafraid. There wasn’t anybody or anything he feared.”