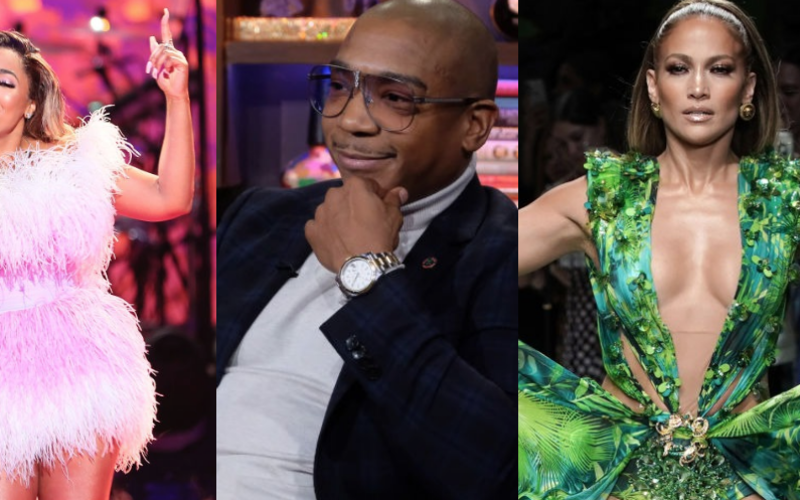 Ja Rule Struggled To Be ‘Real’ While Addressing Whether It Was Ashanti Or J. Lo On His 2000s Mega Hit

Remind us not to ask Ja Rule any more questions…ever.  After what seemed to be a pretty straightforward opportunity to clear up a 20-year rumor, Ja Rule fumbled an opportunity to...
by Zach Freeman October 12, 2019 271 Views

Remind us not to ask Ja Rule any more questions…ever.

On Sunday night, the former Murder Inc. artist joined Andy Cohen on Bravo’s Watch What Happens Live when a viewer dialed in to get to the bottom of a burning question on all of our minds: Is it really Ashanti that we hear on Jennifer Lopez’s mega-hit “I’m Real (Remix)”?

Well, let’s just say that Rule neither denied or confirmed the claims.

“So here’s what happened,” he starts, which is equivalent to “what had happened was” and probably should have been our first sign that it’s more tricky and complicated than we originally thought.

However, just when it seems that Cohen and fellow guest star Amber Ruffin got the full scoop of what happened, Rule threw them for a loop and said, “She’s got some vocals underneath… I believe! That is the rumor. I don’t even know if it’s really true.”

Cohen then responds saying, “It sounds like you would know,” to which Rule backpedals, saying “I don’t f***ing mix it.”

The 43-year-old attempted to clean up the mess he made by saying, “No, that is what happened. That is what I believe to have happened, and that’s how the story came about. Are those vocals still underneath or were they left underneath? I don’t know. But that is the story, and that is how the whole thing came about. But is J. Lo singing on the record? Of course.”

That’s not really what we wanted to know, Ja, but cool story, bruh.

The Queens rapper also got grilled about his involvement in the hot flaming mess with the Fyre Festival, organized Billy McFarland.

Based on his constant shrugs and unclear responses, he’s probably just as lost as we were after hearing how so many people fell for the scheme. Nevertheless, Rule maintains his innocence throughout any mention of the failed event.