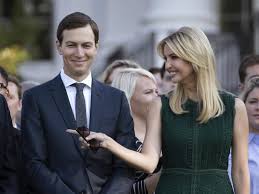 Ivanka Trump and Jared Kushner may be working as unpaid White House advisers, but the couple isn’t doing too badly with their side gigs, bringing in at least $81...
by Katricia Brown June 12, 2018 302 Views

Ivanka Trump and Jared Kushner may be working as unpaid White House advisers, but the couple isn’t doing too badly with their side gigs, bringing in at least $81 million of outside income. 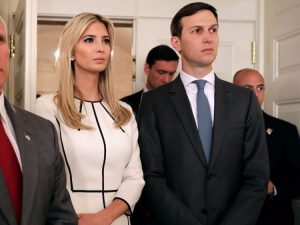 Kushner, the president’s son-in-law and a top White House aide, pulled in at least $69 million in income last year, much of it from his own family’s far-flung real estate empire, financial disclosure forms filed Monday show.

Ivanka Trump, the president’s daughter and senior adviser, reported making more than $12 million last year from companies where she held a position, according to her financial disclosure form. That income included $3.9 million from the Trump International Hotel located in Washington and $2 million in salary and severance from the Trump Organization.

Ivanka Trump and Kushner resigned positions with their companies to take on unpaid roles in her father’s administrations, but the disclosure shows how they continue to financially benefit from an array of outside ventures.

While Kushner has dropped some of his stake in his family’s real estate business, he still receives income from trusts invested in Kushner real estate ventures.

It’s hard to determine the couple’s precise income last year because federal officials report their assets, income and liability in broad ranges only.

“Since joining the administration, Mr. Kushner and Ms. Trump have complied with the rules and restrictions as set out by the Office of Government Ethics,” Mirijanian said in a statement. “As to the current filing which OGE also reviews, their net worth remains largely the same, with changes reflecting more the way the form requires disclosure than any substantial difference in assets or liabilities.”