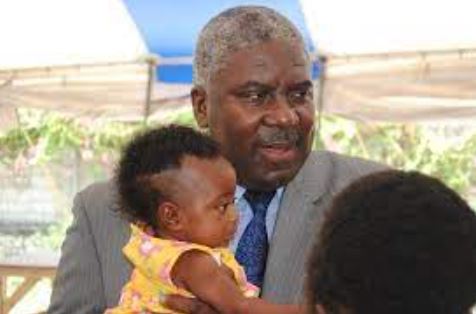 The mystery surrounding the murder of Haiti’s President Jovenel Moïse deepened Monday as Haitian police arrested a U.S.-based evangelical pastor, placing him at the center of a murky plot surrounding an assassination that has stunned Haitians and international observers.

Police claim that Christian Emmanuel Sanon, a Haiti-born 62-year-old who has been living in Florida for more than two decades, helped recruit the group of some two dozen people who stormed Haiti’s presidential palace on July 7 and served as a middleman to the unnamed masterminds of the operation.

The gunmen fatally shot President Moïse, an embattled leader mired in corruption scandals, and wounded his wife, but left without injuring any members of the presidential guard—raising suspicion about why they faced so little resistance.

Sanon had publicly expressed a desire for political leadership in Haiti and railed against the corruption of the ruling class there. But his associates told the Associated Press he had no intention of killing the President. Here’s what to know about Sanon and the situation in Haiti.

Who is Christian Sanon?

Sanon identifies himself on social media as “a Medical Doctor and Christian Minister who is providing Leadership for Haiti through a life of positive action and absolute integrity.” Born in 1958 in Marigot, a town on Haiti’s southern coast, Sanon studied at university in the Dominican Republic and at the Midwestern Baptist Theological Seminary in Kansas City, Missouri, according to the Florida Baptist Historical Society.

Living on and off in Florida from at least the early 2000s, Sanon worked on church-related humanitarian projects and served as president of Organisation Rome Haiti, which local news reports in Tampa identified as a local non-profit that helped to send supplies to Haiti after the country’s devastating 2010 earthquake.