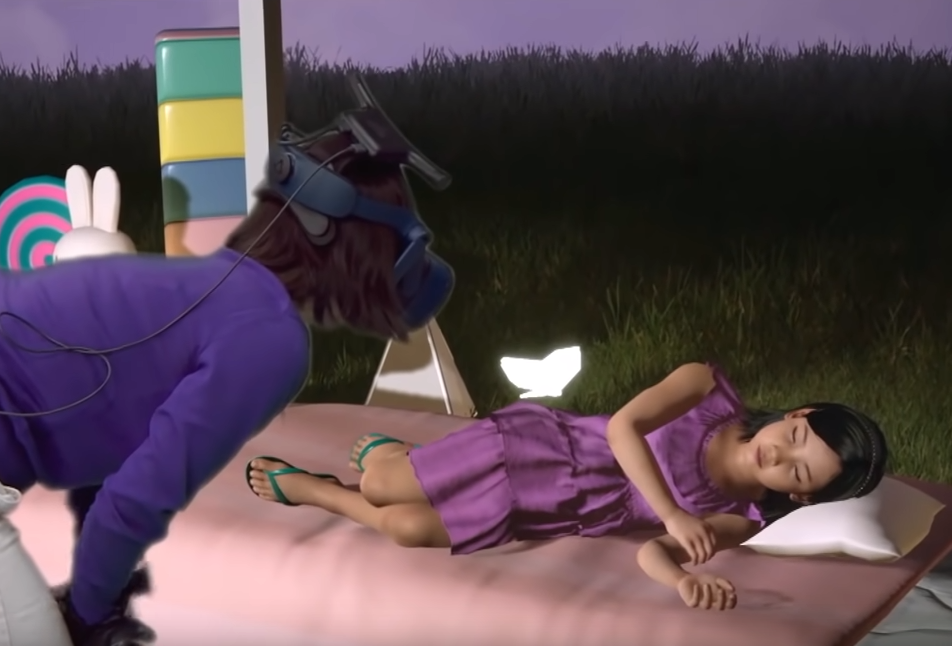 A GRIEVING mother has been “reunited” with her dead daughter again thanks to virtual reality technology. Jang Ji-sung took part in South Korean documentary I Met You, which followed...
by Raquel Jayson February 11, 2020 145 Views

A GRIEVING mother has been “reunited” with her dead daughter again thanks to virtual reality technology.

Jang Ji-sung took part in South Korean documentary I Met You, which followed the journey of a production team who created the VR.

In the simulation, a virtual version of Nayeon can be seen in a recreation of a park that was special to both mother and daughter.

In an incredibly moving clip posted to YouTube Jang is seen visibly distressed at first as she can see her daughter but can’t really touch or hug her.

However, by the end of the experience she appears to enjoy it and is able to “hold” her virtual daughter’s hand, have a birthday party and put her to bed.

At the end of the simulation, Nayeon is seen turning into a butterfly and floating away.

The mother said: “Maybe it’s a real paradise. I met Nayeon, who called me with a smile, for a very short time, but it’s a very happy time.

“I think I’ve had the dream I’ve always wanted.”

In order to achieve the simulation, a child actor was used for motion capture.

Then Nayeon’s voice and a virtual creation of her likeness were added.

Nayeon’s father, brother and sister also watched the reunion from the sidelines on a different screen.

It was emotional experience for everyone involved, with Jang crying when the virtual version of her daughter ran towards her and said: “Where have you been, Mum? Did you think about me?”

Jang replied: “I do all the time.”

According to the Independent, Jang explained in a now shut-down blog why she had taken part in the experience.

She added: “Three years later, I now think I should love her more than I miss her… so that I can be confident when I meet her later.

“I hope many people will remember Nayeon after watching the show.”

Spielberg fans will notice that this scenario is similar to the plot of 2001 film A.I Artificial Intelligence.

During the film, robot child David longs to spend one last day with his now deceased mother who died long before him because she was human but he was capable of living forever.

What is VR? Virtual reality explained

Here’s what you need to know about the revolutionary tech…

In other news, Elon Musk wants to connect your brain to a computer this year as his “awesome” Neuralink mind-chip prepares to launch.

Facebook is launching its own virtual reality social networking platform where you’ll be able to meet up and play games with friends.

And, Samsung has invented an “invisible” keyboard that lets you type directly onto a table.

Would you ever use VR to reconnect with a deceased loved one? Let us know in the comments below…