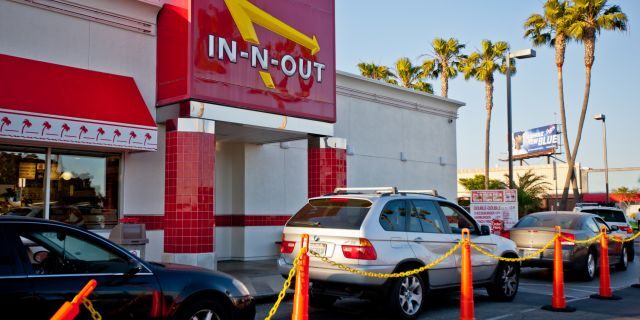 In-N-Out President And heiress Lynsi Snyder opens up about faith, explains those Bible verses on packaging

The president of In-N-Out credits the chain’s success to more than just burgers. In a new interview, Lynsi Snyder – whose grandparents founded the first of the restaurants in 1948...
by Raquel Jayson October 7, 2019 289 Views

The president of In-N-Out credits the chain’s success to more than just burgers.

In a new interview, Lynsi Snyder – whose grandparents founded the first of the restaurants in 1948 – opened up about the adversities she faced in her earlier years, and how they ultimately helped her to shape her future with the company.

Snyder, 37, recently told the Christian Post about how she strives to maintain the success of her family’s iconic chain with a little help from her faith.

“I’ve been the one to hurt, and I’ve been hurt,” Snyder said of her three rocky marriages, one of which she described as abusive.

“I have gained insight and growth through both sides of the coin,” she added before stressing her method of seeking “healing time with Jesus” before embarking on new relationships.

In a new interview with the Christian Post, Lynsi Snyder, whose grandparents founded the first of the restaurants in 1948, opened up about the adversities she faced in her earlier years. (Leonard Ortiz/Digital First Media/Orange County Register via Getty Images)

Snyder, 37, also lost her father in 1999 at the age of 17, a tragedy she partially dealt with by abusing drugs and alcohol, the Christian Post reports.

“I finally found that the deep need in my heart can only be filled by Jesus and my identity in Him,” she told the outlet.

This also encouraged Snyder to found something called the Army of Love ministry to “unify the body of Christ into soldiers” and “unite various ministries.”

“The battle over souls is being waged in the heavenly,” she told the Christian Post. “We want to be on the front lines of this battle to save the lost and bring fallen Christians back to their first love.”

Snyder, who is now the owner and president of the chain – and became a certified billionaire by her 35th birthday, according to Forbes – says she’s very happy with the company and the people who work for it. They appear to be fond of her too, as she was recently ranked third in Glassdoor’s annual list of the 100 best CEO’s by employee approval, with a rating of 99 percent.

She’s also keeping up a tradition started by her uncle, Richard Snyder, who first put “John 3:16” on the bottom of the chain’s cups after rekindling his own relationship with his faith.

Snyder has previously said that the quality of the overall In-N-Out experience also remains essential to the business’ success. (iStock)

“It’s a family business and will always be, and that’s a family touch,” she said, explaining that it was actually her idea to put other verses (Proverbs 24:16 and Luke 6:35) to the fry containers and hot beverage cups.

Snyder has previously said that the quality of the overall In-N-Out experience also remains essential to the business’ success.

In an interview with Forbes in 2018, Snyder alleged that the quality of the experience – coupled with the fact that In-N-Out isn’t everywhere – are what make it so in-demand. In-N-Out has locations in California, Nevada, Texas, Arizona, Oregon and Utah.

“I don’t see us stretched across the whole U.S. I don’t see us in every state. Take Texas — draw a line up and just stick to the left. That’s in my lifetime,” Snyder said of her plans for the family franchise.

Snyder originally became president of her family’s chain in 2010, after her late father, late uncle and brother-in-law served in the position. In-N-Out is currently worth upwards of $3 billion, according to recent estimates.