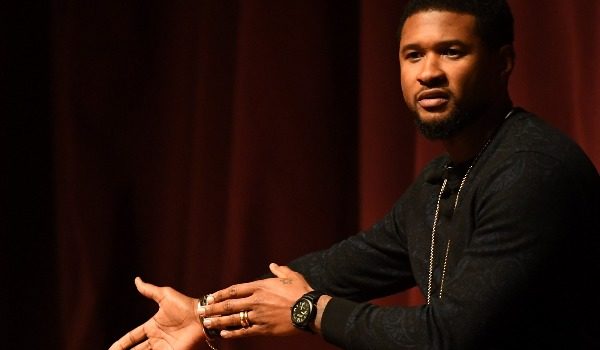 Usher appeared in a new series titled “ACTIVATE,” where he talks about the disparity between the people who can afford bail when locked up and those who can’t. The series...
by Raquel Jayson September 15, 2019 359 Views

Usher appeared in a new series titled “ACTIVATE,” where he talks about the disparity between the people who can afford bail when locked up and those who can’t. The series was created by National Geographic and P&G.

The issue of cash bail — which is defined as the “money that you pay as a deposit for the release of a person who has been arrested” — has been a debated topic for quite some time.

Because those who can’t afford to pay bail, known as pretrial detainees, have to remain behind bars until their trial date, and that accounts for 70 percent of those locked up in the United States. And all of those people have yet to be convicted of a crime.

“If you are poor you are guilty until proven innocent,” said Usher in the ACTIVATE clip. “And having advocated for young men and women from underserved communities for the last 20 years, it is a reality of what our justice system looks like.”

“Cash bail creates two social classes,” he continued. “If you have the ability to afford bail then you’ll be let out. But the young man or woman who doesn’t have the means to do so they won’t. It’s just not fair, it’s not right.”

Global Citizen, the co-producers of “ACTIVATE,” have been fighting to solve the issue of “pretrial detainees” for a while. And in 2018 they created a petition demanding that New York Gov. Andrew Cuomo end cash bail throughout the state. Californians will vote in November 2020 on whether to eliminate cash bail. If the referendum passes California would become the first state to end the system.

Usher was also involved in that push for Cuomo to end cash bail in New York, and in January he posted a message about it.

“We need @NYSA_Majority@NYSenate@NYS_AM to pass real bail reform in NY State that 1) ends cash bail, 2) reduces the # of people in jail and eliminates racial disparities 3) honors due process 4) ensure that the state bears the costs of pretrial services,” tweeted User.

“There are currently 16,000 people behind bars in New York state due to their inability to afford cash bail,” he then said in a video. “Cash bail perpetuates a cycle of poverty.”

Dwyane Wade, Rick Ross Want to Own an NFL Team