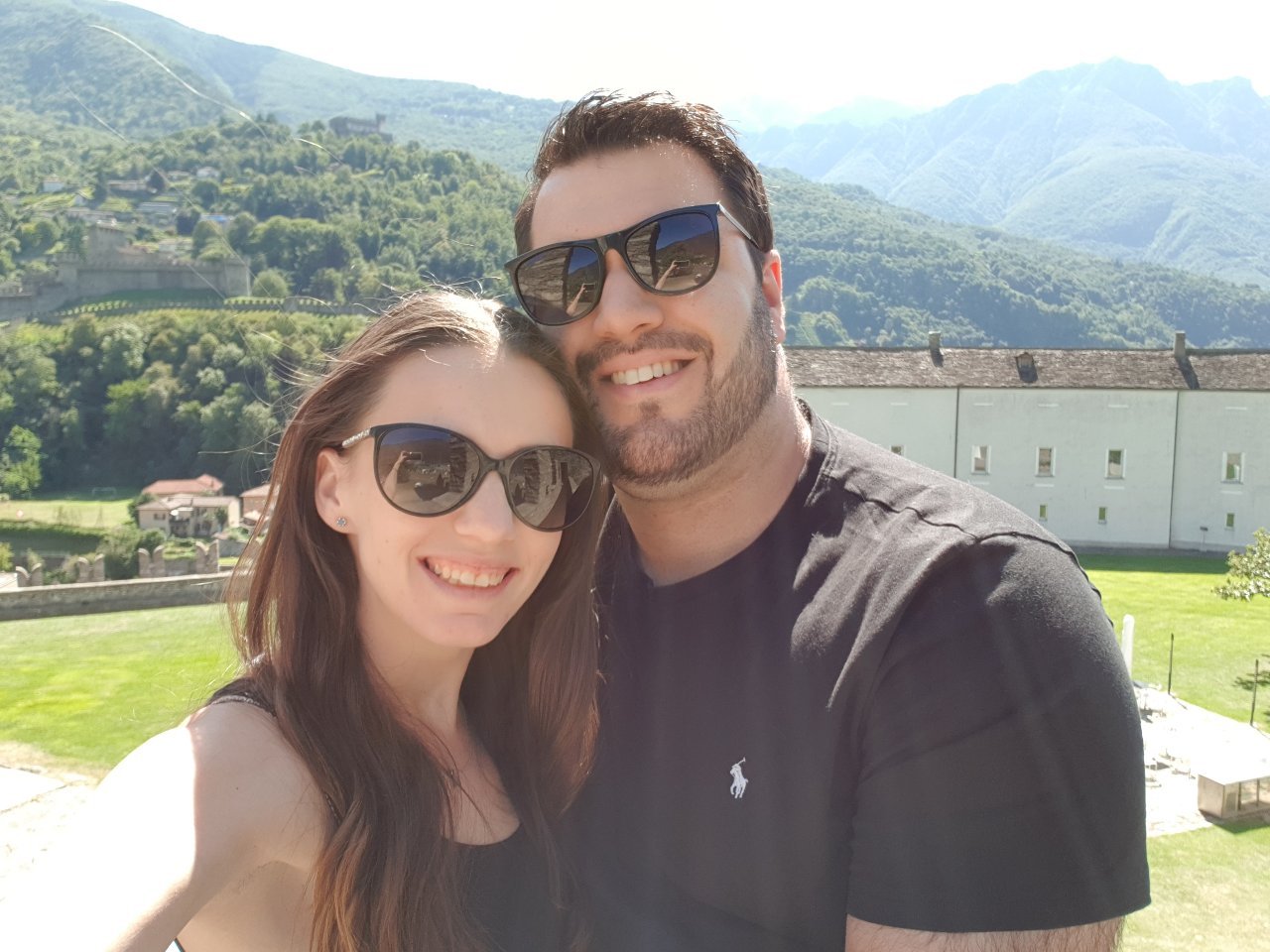 I was raped by my husband hours after giving birth

A mom has revealed she was raped by her husband just hours after she gave birth, tearing her stitches and leaving her in agony. Natasha Saunders, now 31, endured...
by Raquel Jayson March 10, 2020 415 Views

A mom has revealed she was raped by her husband just hours after she gave birth, tearing her stitches and leaving her in agony.

Natasha Saunders, now 31, endured years of abuse at the hands of sick John Chesher, 45, before he was jailed for his crimes two years ago.

The mom-of-three spoke exclusively to Fabulous as part of Refuge’s #SafetyInANumber campaign, as shocking new statistics show almost one in three women aged 16-59 in England and Wales will experience domestic abuse in their lifetime.

Natasha said: “When I gave birth to our son, who’s now seven, I had stitches and John raped me within 24 hours.

“It was degrading, humiliating. It was hurtful, I realised I was worth nothing to him, my body didn’t mean anything.

“As a new mom, everything hurts. It’s bad enough having a baby, but then to have that additional pain, I couldn’t sit down for weeks.

“I remember thinking, I can’t go back to the midwife and say ‘I think he’s ripped my stitches’ because I’d have to tell her how he did it, and I was too scared.

“Every act of abuse just breaks you down that little bit more. It degrades you, dehumanises you, strips you of your identity.”

Natasha met Chesher when she was 18 and he was 32, at a horse yard she worked at in Chichester, West Sussex, in November 2006.

He started bombarding her with messages and, within three months, they were a couple and she had moved into his house in Angmering, West Sussex. Chesher proposed just a week later.

Natasha said: “I found it quite overwhelming. I was very independent in my teens, I didn’t want to settle down until my 30s.

“It was all very quick, but every time I had my doubts, he’d say ‘you know how much I love you, and I’ve got responsibilities’.

“I think I was quite impressionable and I went with the flow. I didn’t have a very structured upbringing, we moved around a lot, so the fact he lived in one place made it easy to overlook certain things at first.

“He had a child from a previous relationship, a 9-5 job as a manager of a fast food restaurant and a car he’d bought on finance. It seemed like he really had his life together.”

When I was pregnant with our daughter, now 10, I remember cradling my bump in the bath and saying ‘we can do this on our own, it’s OK’. But it took me well over five years to leave himNatasha Saunders31

Despite his responsible front, Natasha says Chesher was controlling from day one.

She said: “I remember being at a party and he phoned me and kicked off. Then he phoned again, telling me he’d taken an overdose and was blacking out and this was my fault because I wasn’t there with him.

“Then he phoned me an hour later and said ‘I’m in a police cell for the night because I’ve beaten someone up. I just wanted to let you know, this is your fault’. None of it was true.

“A lot of my male friends said ‘he’s mental, stay away from him’. Looking back now, I think ‘how the hell do you overlook something like that?’ But I did, I just let it go.

“Right from the outset, I couldn’t see my friends and family, I couldn’t work because he said ‘I want to support you’, I wasn’t allowed to travel anymore.

“But at the time everything seemed great. He would say ‘why don’t you want to spend time with me? I love you so much. The only reason people go out is to look for someone else’. I didn’t read into it too much.”

Natasha tried to ignore Chesher’s controlling behaviour, until he started messaging other women on Plenty of Fish, inviting them to have threesomes with the couple.

She said: “He was going out to meet them and claiming they didn’t turn up but he would be gone for a couple of hours and it was quite blatant what he was doing.

“I remember calling a friend up in floods of tears but they talked me down and said ‘don’t be silly, you’ll be fine’.

“When I was pregnant with our daughter, now 10, I remember cradling my bump in the bath and saying ‘we can do this on our own, it’s OK’.

“But it still took me well over five years to be able to leave him. I think it shows the power of an abusive relationship.

“I don’t class myself as a stupid person. I knew it was wrong but I felt so trapped.”

From the moment I was pregnant, he starved me. He had control of everything and I was dependent on him for moneyNatasha Saunders31

Natasha says the abuse escalated further when she found out she was pregnant with their first child in 2008, while Chesher was working as a delivery driver.

She said: “From the moment I was pregnant, he starved me. He had control of everything and I was dependent on him for money.

“I had a lactose intolerance until I had my daughter and he would make sure all he bought in McDonald’s was a cheeseburger and a milkshake, knowing I couldn’t have either.

“It wasn’t uncommon for me to sleep in the back of his van with no pillow and no duvet when he stopped overnight, even though we could have gone home.

“I haemorrhaged when I was a week overdue with our daughter, and he refused to let me call an ambulance. I had to wait for him to drive back and shower before taking me to hospital. I was waiting for an hour and a half.

“The abuse escalated from the moment I was pregnant. But that survival instinct kicks in when you have children.

“I was thinking ‘what are the dangers if I leave? Is it easier to keep my head down and shield the children?’ There’s a million things that go through your head.

“He would say ‘if you leave me, I will get the kids in the car and drive into a lake, you’ll have to live with the fact it’s your fault’.

“When you’re living with someone you know is capable of those things, it makes you back down.

“I knew I needed to get out but I had to do it safely, because if I pushed him in the wrong way what was he going to do?”

Refuge launched its #SafetyInANumber campaign on Sunday, to coincide with International Women’s Day.

It aims to highlight the National Domestic Abuse Helpline, run by Refuge, which gives people affected by domestic abuse confidential and non-judgemental support.

On Sunday, many high-profile women, including Little Mix, Gillian Anderson and Lorraine Kelly, donated their name on Twitter to raise awareness of the helpline number.

Natasha said: “It’s amazing so many celebrities have got involved and given their names to this campaign.”

In England and Wales alone, two women are killed by their current or ex-partner every week – and the number of murders is at a 16-year high.

Natasha, who moved to Horsham, West Sussex, with Chesher when their daughter was one, said: “One in three women will be affected by domestic abuse in their lifetime and that is an unacceptable amount.

“Everyone’s hysterical about coronavirus but in the months that’s been in the news, eight British women have been killed by a partner or ex. We need to be talking about that.

“Escaping in a body bag was my reality. I didn’t contemplate suicide but there were many times I thought ‘what’s the point? Is this life, is this it?’

“He would constantly tell me ‘you’re not a good wife, you’re a crap mother, a crap human, you’re not beautiful, you’re not talented’. But the National Domestic Abuse Helpline, run by Refuge, saved my life.”

During their eight-year relationship, Natasha says the abuse escalated from Chesher pestering her for sex until she gave in, to him forcing himself on her daily.

She said: “He’d force himself on me at night and in the morning, asking ‘what have you got a face like that on for?’

“So I let it go. At the end of our relationship, I would be telling him ‘I hate you, you disgust me and make my stomach churn’ and he would continue raping me.

“No normal man would get gratification off their partner being like ‘you make me sick, get off me’.

“I didn’t physically beat him off me, but I had no more fight left in me. I’d beg him to leave me alone, sometimes I’d cry and he’d mock me, saying ‘you wimp’. Now I don’t ever cry, even when I’m heartbroken.

“There were times I would have sex with him just to get it over with as quickly as possible, I admitted that in court. But I was just doing it so I could get to sleep.”

When I got the phone call to say he’d been found guilty, I remember falling to the floor and thinking ‘I can protect my children now’Natasha Saunders31

Natasha left Chesher in August 2014, taking the kids to stay with her mum in Portsmouth, Hampshire, but he begged for forgiveness so she went back on August 15 – their wedding anniversary.

On average, it can take up to seven attempts for a woman to leave an abusive relationship for good.

She said: “The moment I stepped through the door, I realised I’d made a mistake. But it took me until January to ring the police, after phoning the National Domestic Abuse Helpline.

“That helpline saved my life. It reminded me I’m not on my own, told me all my concerns were valid and gave me the courage to phone the police.

“I only had the intention of getting a non-molestation order so this time when I left, he’d leave me alone.

“When I went to my police appointment, I had to run across Horsham park from the council office, because I’d lied and said I had to pay the council tax and John had driven me there.

“I had to run to the police station, I don’t think I’ve ever felt fear like that in my life. I got there and it opened the floodgates, everything came out.

“About a week and a half later, I phoned the helpline again and asked for help going into a Refuge shelter.”