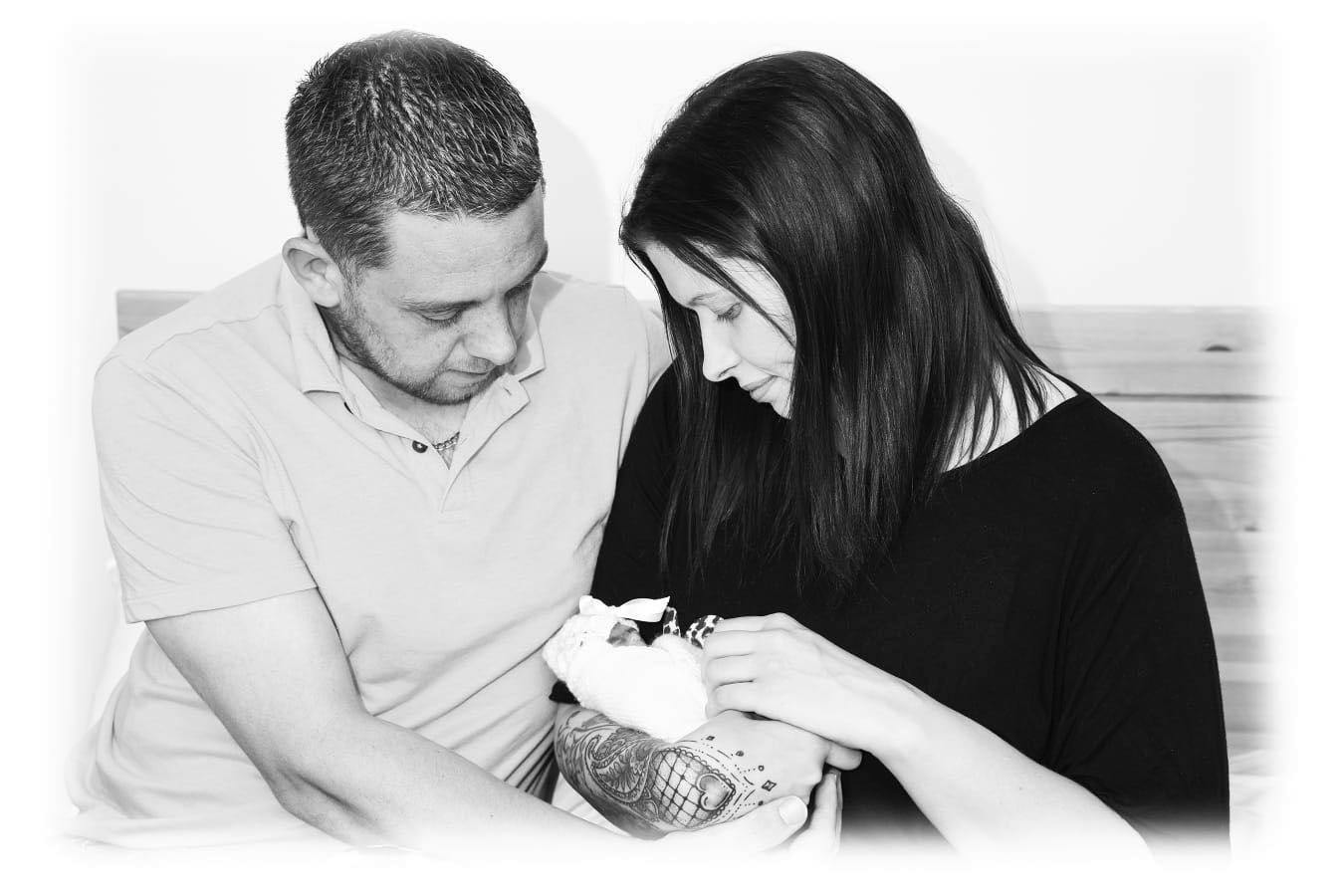 I endured a 20-hour labour knowing my baby was dead – then I sat with her for 14 hours, sang to her & kissed her body

ENDURING 20 hours of labour, Charlie Vass was looking forward to meeting her daughter – despite knowing she was dead. Amelia, who was so small she could fit in...
by Zach Freeman February 13, 2020 289 Views

ENDURING 20 hours of labour, Charlie Vass was looking forward to meeting her daughter – despite knowing she was dead.

Doctors broke Charlie’s waters and after nearly a day of pushing she arrived, tiny but perfect.

For nearly 14 hours Charlie and partner James sat with their girl, singing to her and stroking her tiny face.

‘It was perfect,” she said.

Amelia, my darling daughter, was a much-wanted surprise.

I found out I was expecting on April 1 last year and when I first told my partner James, 33, he was stunned – he even thought it was an April Fool’s joke.

I’d been diagnosed with a thyroid illness, so hadn’t noticed my pregnancy symptoms creeping up on me.

But ultimately the nausea and tiredness became too much, forcing me to take a pregnancy test.

It revealed I was nine weeks gone. I was really shocked and didn’t have a clue how we’d cope with three children.

But there was no doubt we would keep her.

A 12-week scan at Raigmore Hospital in Inverness proved she was perfect, although I didn’t know her sex at that point.

And when we told the boys, my step-son Logan, 10, Dylan, seven, and Jaden, three, I was expecting they were delighted.

‘We want a sister mum,’ they said. I think they just wanted to move into one room and have bunk beds.

The pregnancy progressed as normal, and everything seemed to be going well.

The doctors were unconcerned, and so were we.

But on June 18 at my 19-week scan we were told something was wrong.

It was clear almost instantly after gel was spread across my belly.

As my midwife left the room, a consultant was called in and the images more closely examined.

Hearing we had a girl – like the boys wanted – we also learnt she was likely suffering from Edwards Syndrome.

As medics told me if my daughter made it full term she would live for just five minutes, I felt my heart shatter.

I was absolutely destroyed.

Just days later we travelled to a bigger hospital in Aberdeen where we were learnt she also had spina bifida.

It took a few days for the contractions to start and each pang was agony – not just physically but emotionally.Charlie Vass31

This is when is when a baby’s spine and spinal cord don’t develop properly in the womb, causing a gap in the spine.

It can cause paralysis and incontinence.

We prayed doctors would be able to give her an operation in my womb, as they can in some cases of spina bifida, but unfortunately she wasn’t a candidate.

Then, at 20 weeks, there was dreadful news.

At a scan we learnt she had passed away. Her heart had simply stopped beating.

I was told I would have to deliver her and could either wait for labour – which would come within a week – or be induced.

I wanted to meet her so much that I decided on the latter.

As doctors at hospital in Inverness broke my waters, my heart ached. I knew I wouldn’t be bringing my girl home, introducing her to her brothers or changing her nappy.

It took a few days for the contractions to start and each pang was agony – not just physically but emotionally.

She weighed just 10oz and was perfect.

The nurses cleaned her and wrapped her in a blanket then placed her gently in my waiting palm.

She was so small she fit from wrist to fingertip.

As I looked at her my heart filled with love.

Staff at the hospital asked if I would like a Cuddle Cot brought in and I said yes, thinking it was just a tiny cot.

But then I learnt it was actually an icy cot which stillborn babies could stay in, so they remained lifelike.

Her skin, still so underdeveloped, was practically translucent and would blister easily.

For the next 13 hours I did not leave my girl’s side.

The boys didn’t see her but me, James,  ,my mum Nicola, sister Sarah,James’ parents Richard and Agnes and his sister Ashly all sat with her.

I stroked her head, kissed her tiny hands and sung You Are My Sunshine to her

Saying goodbye to her as heart wrenching but I am so glad I got that extra day with her.

She was just 20 weeks old, tiny but was perfect.

At her funeral I read out a poem I wrote to her.

Since Amelia’s birth we’ve fundraised to buy two cuddle cots for our local hospital along with six baskets, six blankets and 12 teddies for parents and babies to swap when they say their final goodbyes.

Even though she’s gone, she will not be forgotten – in the babies that come after her.

Meanwhile, a heartbroken mum who delivered a stillborn baby released poignant photographs of him – and told how it has helped her heal.

And, one woman told how distressing it was to deliver her child, knowing he had died in her womb.

When Texting Goes Wrong! Check Out Some Of The Worst Texting Mess Ups