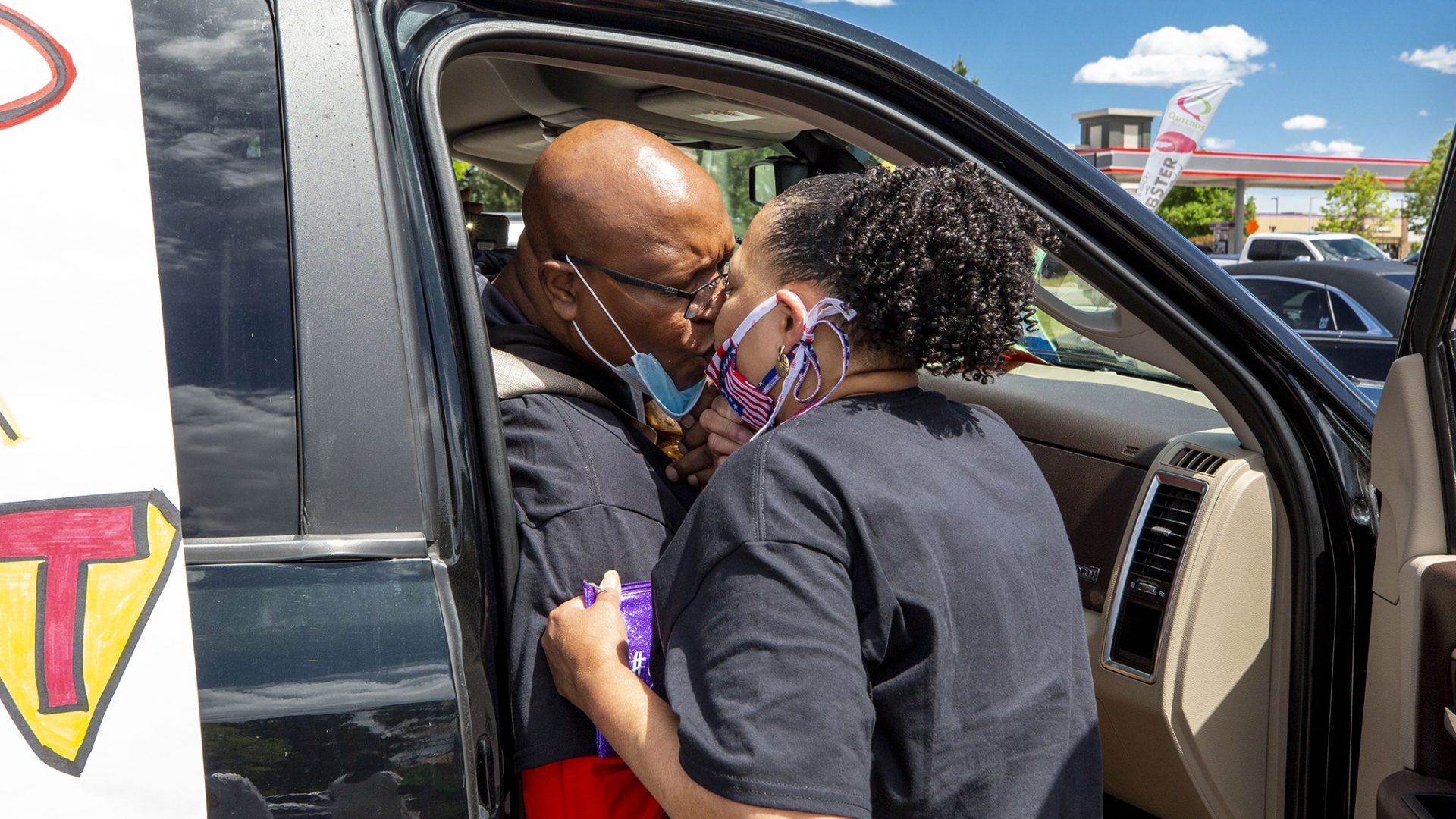 The faith leader, former political candidate and fixture in local social justice efforts was on a ventilator for weeks. In March, Pastor Terrance Hughes was taken to the VA hospital...
by Zach Freeman May 29, 2020 140 Views

The faith leader, former political candidate and fixture in local social justice efforts was on a ventilator for weeks.

In March, Pastor Terrance Hughes was taken to the VA hospital in Aurora and placed on a ventilator. The faith leader, civil rights activist and — up until his diagnosis — candidate for state office had the novel coronavirus.

At the time, Colorado and the nation had yet to realize the pandemic’s scope, and many people in the metro area still didn’t know anyone who’d come down with COVID-19. But a lot of people knew “Big T.”

On Wednesday evening, after two months in the hospital and three weeks in rehab, Hughes returned home.

He stopped first in a parking lot off Peoria Street near his Montbello townhouse so his friends and family could make the last leg of the journey with him. There, his wife, Rachel, kissed him for the first time since he’d recovered. She said she’d only seen him one other time since he went to the hospital three months ago. She was diagnosed with COVID-19, too, though she didn’t require hospitalization and instead quarantined at home.

Hughes was escorted to his front door by police who blocked traffic and more than a dozen cars full of friends and family.

When he arrived, he spoke to the crowd gathered on the townhouse lawn.

Hughes, who was running to represent Colorado’s House District 7, is a regular voice during progressive protests and rallies. He helped lead a march through the rain in 2017 when Denverites reacted to white supremacist rallies in Charlottesville. He spoke at the Colorado Muslim Society after a massacre at a mosque in New Zealand in 2019. He’s spoken to Denverite about topics ranging from the fallout from Michael Marshall’s death in a Denver jail to security in places of worship.

But Hughes said he’s never seen anything like COVID-19.

“We’re facing something we’ve never faced in my lifetime in the country, and we’ve been lacking leadership on a lot of levels. Yeah, we lacked a lot of leadership from the presidency, but we’ve lacked leadership in our local areas, too,” he said. “It’s been a community trying to pull things together without direction.”

People of color around the nation have been hardest hit by COVID-19. That’s been true in Denver, too, where Latinos have experienced difficulty accessing care and a food pantry in Hughes’ neighborhood started seeing ten times more visitors than normal.

Hughes wrote a warning before he got sick, he said, cautioning that Denver’s inequities would become a problem.

“It was a bit prophetic,” he said. “I sent out a statement before, saying that one calamity and people are going to find out where they really were at. We’re not all middle-Pastclass citizens.”

Pastor Says He Will Never Close His Church Doors Again