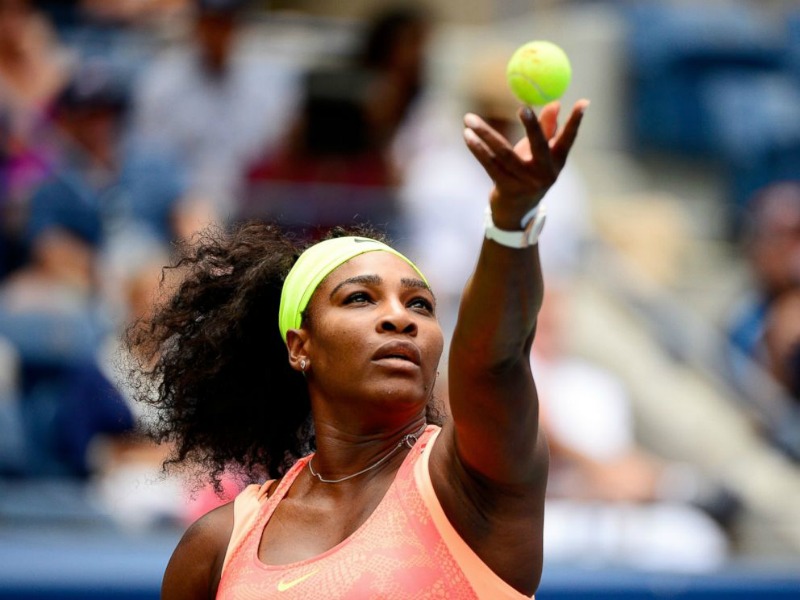 For the first three games, Serena Williams was in a deep, irresistible groove: pounding serves and ground strokes as Garbiñe Muguruza watched the winners zoom by. Who could have...
by Katricia Brown March 11, 2019 316 Views

For the first three games, Serena Williams was in a deep, irresistible groove: pounding serves and ground strokes as Garbiñe Muguruza watched the winners zoom by.

Who could have known, as Williams took a quick 3-0 lead, that she would not win another game on Sunday? 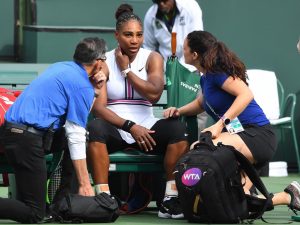 With Williams visibly hampered, increasingly slow on her feet and unable to hit serves at full power, Muguruza reeled off seven straight games. Muguruza was up to a 6-3, 1-0 lead before Williams walked to her chair instead of changing ends, sitting down heavily and then retiring from this third-round match at the BNP Paribas Open.

The WTA Tour announced that the reason for Williams’s retirement was a “viral illness.”

“Before the match, I did not feel great, and then it just got worse with every second: extreme dizziness and extreme fatigue,” Williams said in a statement released by the tournament. “By the score, it might have looked like I started well, but I was not feeling at all well physically.”

Muguruza, a tall, powerful Spaniard who is seeded 20th, said, “We played many times, and it’s always supertough and superexciting, and it’s never good to see someone not feeling well on the court.”

The retirement was the latest on-court setback for the 37-year-old Williams, who has had some remarkable results since returning to the tour last year after childbirth but has yet to win a title.

This was her second tournament of 2019 and only her third event in six months. Last September, she reached the United States Open final before losing her cool and the match to Naomi Osaka.

In January, she quickly hit plenty of high notes again on her way to the quarterfinals of the Australian Open, where she rolled her left ankle while holding a 5-1, 40-30 lead in the third set against Karolina Pliskova.

It was an unprecedented Grand Slam collapse for Williams, one of the supreme competitors in the history of women’s tennis.

But Williams returned to Florida and the practice court and then returned to action at Indian Wells on Friday, playing one of the finest matches of her comeback, defeating Victoria Azarenka, 7-5, 6-3. 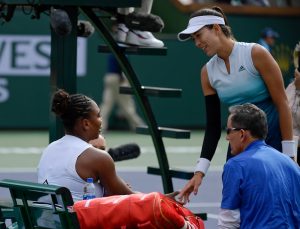 “We’re both moms, and we know how hard it is and how hard it’s been for us to come back, you know, and starting literally from scratch and fighting our way back,” Williams said. “It’s been an arduous road, and I think we both really appreciate both of our efforts to do the best that we can do.”

When Williams returned to Court One to face Muguruza, she was soon striking the ball as cleanly and convincingly as she had against Azarenka.

“I thought that match with Vika was such a high level of tennis from both of them,” said Kathy Rinaldi, the United States Fed Cup captain. “And today, Serena started off carrying on. It was coming off the racket, easy power and very consistent.”

It was their first meeting since Muguruza defeated Williams to win her first major singles title at the 2016 French Open.

But Williams, back in the top 10 and seeded 10th, could not sustain her remarkable level. Muguruza raised her own, fighting to hold serve in the fourth game, breaking Williams in the next game and then ripping a series of backhand down-the-line winners to hold serve at love and even the match at 3-3.

“I think she started playing well right away, with her serve, with her shots, being very dominating,” Muguruza said. “I had to adapt a little bit my position in the court, the way I was hitting. And it took me a few games to kind of do it. Once I did it, I felt much more comfortable to be able to release my tennis.”

Williams started the seventh game with an off-balance double fault into the net and began hitting first serves consistently below 100 miles per hour. She double faulted again later in the game and barely moved as Muguruza hit a forehand winner to go ahead, 4-3. 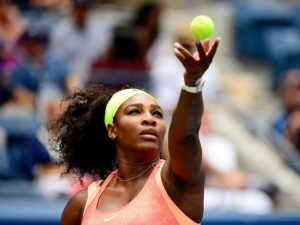 Williams then walked very slowly to her chair and looked frustrated on the first point of the next game, taking a huge, angry cut at a forehand return that she hit into the net.

“At the end of the first set, I felt maybe she wasn’t feeling well, yeah,” Muguruza said.

Williams soon provided confirmation. After losing the set, she called for a trainer and was eventually surrounded by the tour supervisor Donna Kelso, the trainer Paige Kensrue and a tournament physician. Though Kensrue arrived on court with a blood-pressure cuff, she did not take a reading on Williams and no official medical timeout was taken.

After extended discussion, Williams returned to the court to start the second set but did not win another point as Muguruza held serve at love.

One of Williams’s signatures is that after the first game of a set, she does not change ends on the chair umpire’s side of the net, crossing over on the opposite side without approaching her own seat. But she changed her routine this time, heading straight for her chair and then retiring.

It was only Williams’s third midmatch retirement since 2009. Her next scheduled event is the Miami Open later this month.

“I think Serena always has the confidence,” Rinaldi said. “Look at her record coming back from having baby Olympia: two finals of Grand Slams. I think she knows what she is capable of. Self-belief, I don’t think that’s an issue. Obviously today was a little bit of a setback, but I think since she came back that she has gotten better and better and stronger.”

United Jetliner Lands After A Bang And Flash Of Light….Going From New Jersey To Houston

Actor And Soap Star Passes Away