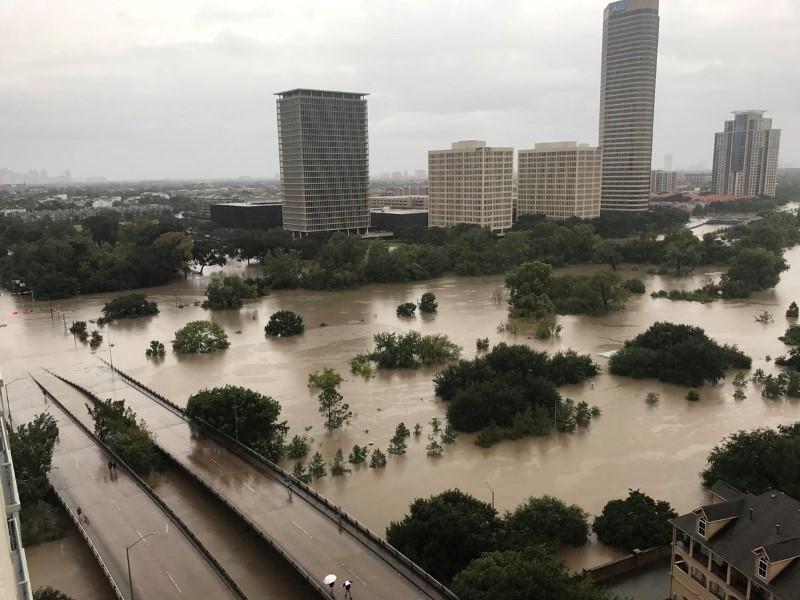 HOUSTON: More Than 60,000 People Are Still Living in Hotels 1 Month After Hurricane Harvey

(HOUSTON) — It has been a month since Hurricane Harvey brought devastating wind and flooding to the Texas coast and Houston area, and while the water has receded and...
by Zach Freeman October 2, 2017 563 Views 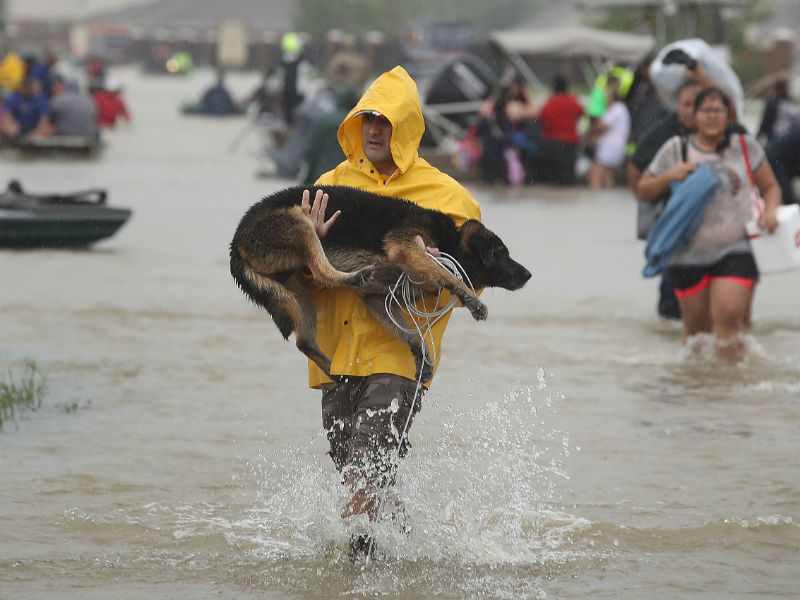 (HOUSTON) — It has been a month since Hurricane Harvey brought devastating wind and flooding to the Texas coast and Houston area, and while the water has receded and businesses have reopened, huge debris piles in front of thousands of homes serve as a constant reminder that there’s still a long way to go in the recovery process.

Chris Slaughter, 39, whose house in the Houston suburb of Kingwood was flooded by 5½ feet of water, said he hasn’t let his family see their home as it undergoes repairs because he didn’t want his children “seeing their memories piled up in five feet stacks in the front yard.”

Troy Randle, one of the more than 1,300 people still living in shelters, said his life remains on hold as he waits for the federal government to process his request for help so he can find more permanent housing.
More than 60,000 displaced people are still living in hotel rooms paid for by the Federal Emergency Management Agency, and many businesses say they expect revenues will continue to suffer over the next six months. But people remain hopeful they will rebuild and find their way back to normal.

“Harvey knocked us to our knees,” said Aransas County Judge Burt Mills, Jr., whose coastal county had 35 percent of its buildings destroyed after Harvey made landfall as a Category 4 hurricane on Aug. 25. “The next day we got on our feet and every day it gets a little better.”
In Houston, where thousands of people needed rescuing during the storm, traffic is again flowing and kids have returned to school. But there are piles of ruined furniture and other debris in front of homes in the worst-hit areas that serve as a continuing reminder of Harvey’s wrath. The storm is estimated to have damaged or destroyed more than 176,100 homes in Texas. In Harris County, which includes Houston, officials say at least 136,000 homes and other structures were damaged.
“Until we get back to normal life, then I think this event is just going to continue to be a sore wound on the whole county,” said Harris County Judge Ed Emmett.
Officials estimate that Harvey could produce 200 to 300 million cubic yards of debris in Texas, which would double or triple the estimated 100 million cubic yards that Hurricane Katrina left behind in all states it hit.

Marcela Magaña, whose home in suburban Houston in Fort Bend County flooded, said seeing the debris every day is “very overwhelming” for her and her husband, Eli. Like everyone else in their situation, they wonder when it will be picked up. Public officials are asking for patience, saying it will likely take months.

The two large shelters in Houston have closed, including one at the convention center which held 10,000 people. Several smaller ones remain open in the Houston area and other southeast Texas cities, though, and for those still living in them, the frustration is mounting.
“I don’t feel like I’m accelerating at no point. I feel like I’m stagnant,” said Randle, 44, who is disabled and is still waiting for FEMA to process his request for help. He is staying at a Houston shelter opened at a previously shuttered Macy’s store. “I need housing.”
More than 834,800 people in Texas have registered for FEMA assistance and more than 298,000 have so far been approved.
“A lot of people … are going to be wiped out financially,” said Eli Magaña. “People are trying to remain hopeful to see if they can get … help.”
One-third of the nearly 400 Texas business executives surveyed in September by the Federal Reserve Bank of Dallas said they expect losses from Harvey to continue over the next six months.
Mills said he remains focused on quickly cleaning up and rebuilding because the economies of many Aransas County cities depend on tourism and without hotels and restaurants “we’re sunk.”Becky Ames, the mayor in Beaumont, which had 2,000 households flood, said her southeast Texas city’s recovery is going well and it is now focused on being a “good neighbor” and helping surrounding smaller cities hit hard by Harvey that have fewer resources.