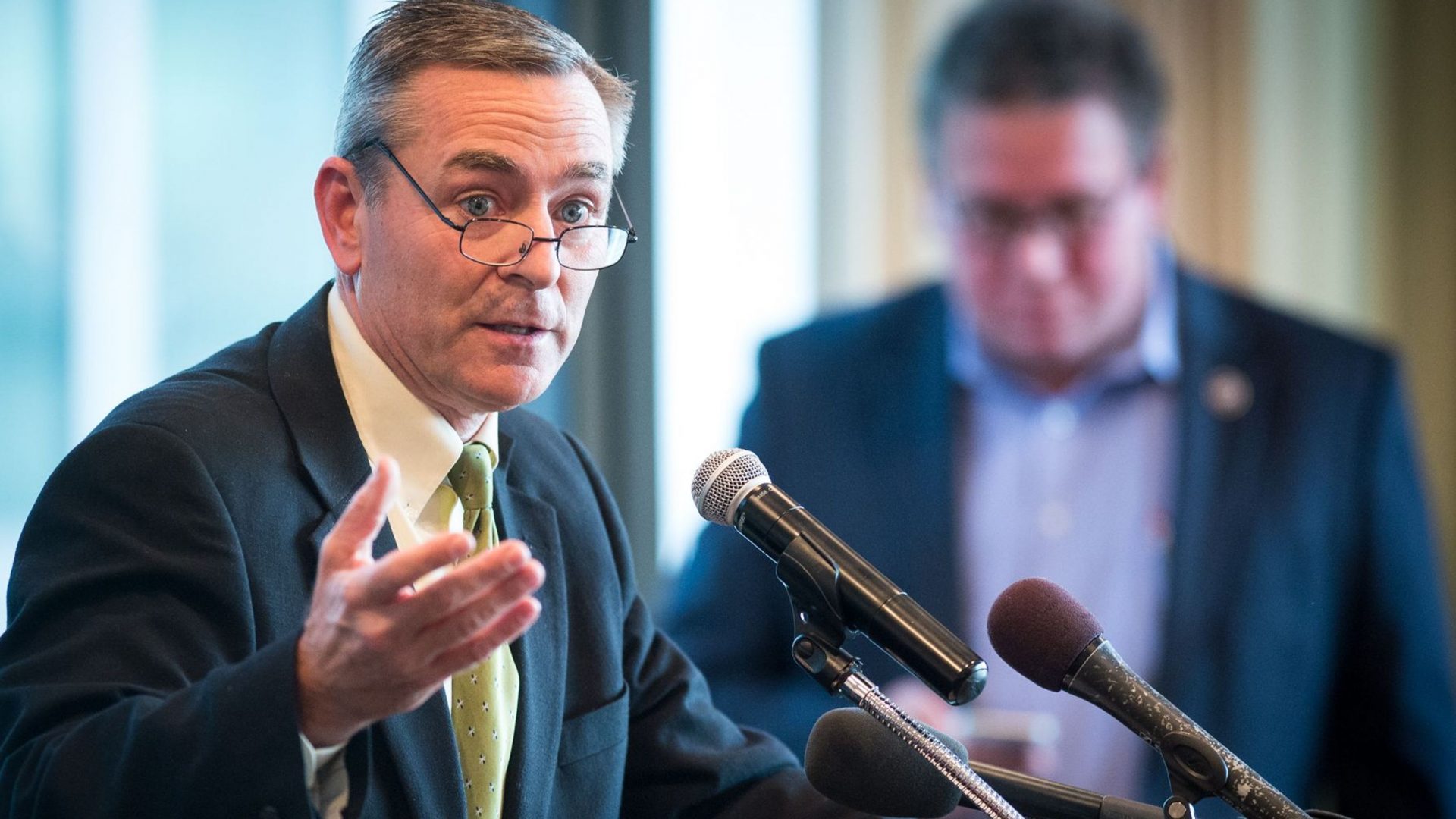 Embattled Tennessee state House Speaker Glen Casada said Tuesday he will resign his leadership position in the coming weeks. Casada’s announcement comes less than a day after the House GOP...
by Joy Smith May 22, 2019 414 Views

Casada’s announcement comes less than a day after the House GOP caucus approved a resolution with a 45-24 vote stating it had no confidence in his continued leadership.

“When I return to town on June 3rd, I will meet with caucus leadership to determine the best date for me to resign as speaker so that I can facilitate a smooth transition,” Casada said in a statement.

The announcement comes just weeks after a Tennessean investigation found Casada had exchanged sexually charged text messages with Cade Cothren, his former chief of staff, who admitted to using cocaine while working in the legislature’s office building.

A spokesman for Casada later clarified the Williamson County Republican, who was first elected to the legislature in 2001, will remain in his House seat. 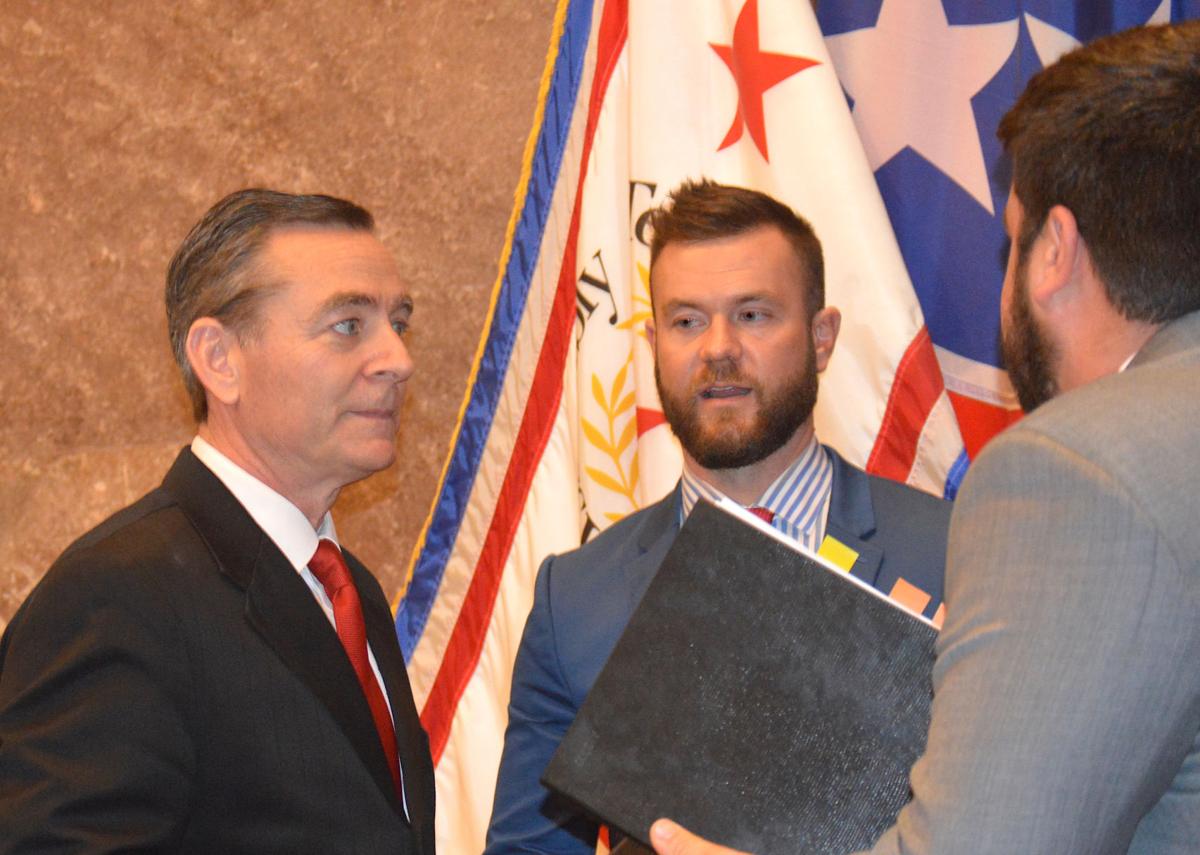 Casada’s forthcoming resignation as the 82nd speaker of the House comes four months after he was sworn in and delivers a major blow to Tennessee Republicans, who three weeks ago celebrated the completion of the first session of the 111th General Assembly.

It comes after Casada faced mounting pressure from his legislative colleagues and other Republican leaders, including Gov. Bill Lee and Lt. Gov. Randy McNally and the state Republican Party — in addition to longtime supporters-turned critics in Casada’s district.

After the House GOP caucus’ Monday vote, the governor gave Casada an ultimatum: resign or face a special session.

After the House speaker’s Tuesday statement, McNally praised Casada for his plans, calling it the right decision for the legislature, GOP and Tennessee.

“I commend him for it. Now we move forward,” McNally said, vowing to work with House leadership on the transition and to “restore the trust that has been lost.”

Adam Kleinheider, a spokesman for McNally, said the lieutenant governor was satisfied with Casada’s decision to resign only from his speaker position but to keep his seat in the House.

Lee issued a statement Tuesday saying Casada made “the right decision” in stepping down as speaker.

“I look forward to working with the legislature to get back to conducting the people’s business and focusing on the issues that matter most to our state,” Lee said.

Casada’s resignation would immediately anoint Rep. Bill Dunn, R-Knoxville, to preside over the House. Dunn would act as speaker in an interim role before another election could be held in January. 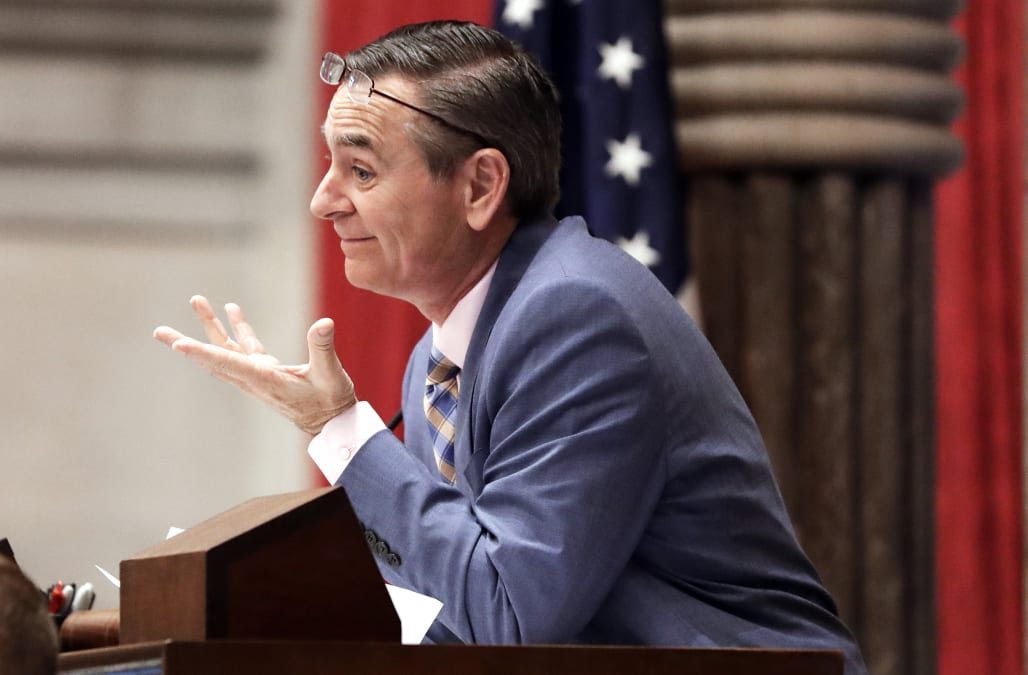 Prior to Tuesday, Casada had no plans to step down

Earlier this year Casada scheduled a trip to Europe, set to begin later this week. His office has said he will return to Nashville on June 3.

Prior to his Tuesday remarks, Casada showed no sign of stepping down.

“I’m disappointed in the results of today’s caucus vote,” Casada said Monday. “However, I will work the next few months to regain the confidence of my colleagues so we can continue to build on the historic conservative accomplishments of this legislative session.”

Casada’s decision to resign in the coming weeks bookends a whirlwind month that began with him and others celebrating the General Assembly’s accomplishments during the recently concluded legislative session.

But since he began facing media scrutiny, Casada has fought for his political life.

He repeatedly resisted a chorus of calls for his resignation, hosted a caucus phone call, lobbied lawmakers, including many freshmen he helped get elected, sought advice from a public relations firm and created an action plan to address the current crisis.

In recent weeks Casada has faced calls for investigations from the U.S. Attorney and the Tennessee Bureau of Investigation, accusations from one lawmaker that he attempted to influence the outcome of an ethics proceeding and has been the subject of a complaint filed with a local district attorney. He also resigned from his job as a veterinary pharmaceutical salesman.

Casada’s resignation will make him the shortest serving speaker of the Tennessee House of Representatives in more than a century.

The last lawmaker to serve less than a year as House speaker was Democrat Ralph Davis, who was the chamber’s leader in 1893.

With Casada’s plan to simply resign from his leadership position and not the General Assembly, he will become the third House lawmaker to remain in office while facing scrutiny for some form of alleged misconduct.

Rep. David Byrd, R-Waynesboro, who earlier this year was appointed by Casada to a subcommittee chairmanship, has faced allegations from three women who say he sexually assaulted them when he was their high school basketball coach in the 1980s.

In April, a Tennessean investigation found Rep. Rick Staples, D-Knoxville, was accused of sexual harassment by a woman visiting the legislature. An internal probelater determined Staples had violated the legislature’s harassment policy and he was directed to take “preventative action” and “remedial measures.”

Dj Khaled says Nipsey Hussle was like a prophet!