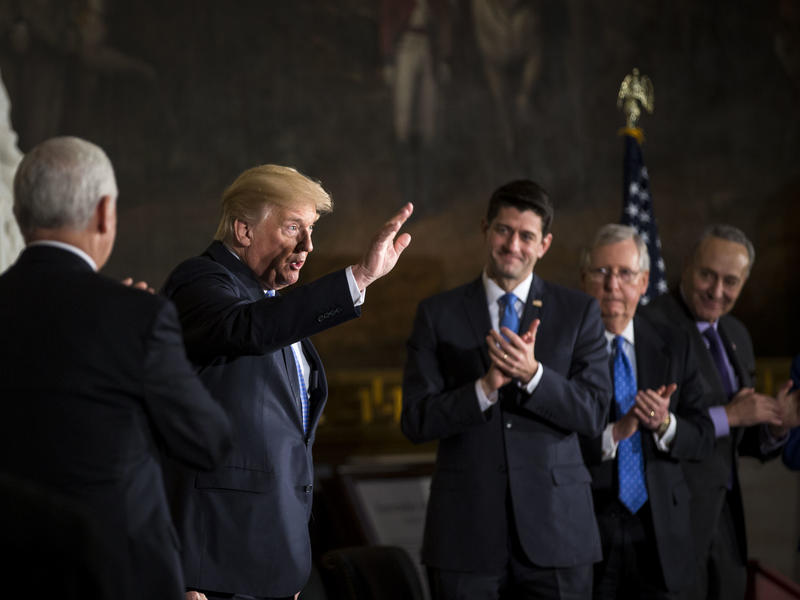 WASHINGTON — House Republicans narrowly passed a four-week spending bill on Thursday night to avert a partial government shutdown, but Democrats appeared to have enough votes to tank the measure in the Senate.

The House 230-to-197 vote occurred just 30 hours before current funding runs out—and the high-stakes spending showdown moved to the Senate.

Three Senate Republicans have said publicly that they will oppose the House bill, and a majority of Senate Democrats also plan to vote no, according to a senior Senate Democratic aide who was not authorized to share the vote tally on the record.

That tally dramatically increases the chances of a shutdown after Friday’s midnight deadline. If no bill is passed by then, the federal government will begin a partial shutdown Saturday, the one-year anniversary of President Trump’s inauguration.

House Republicans only won passage of the spending measure after they tamped down a revolt from conservatives who threatened to torpedo the bill.

A spokesman for Rep. Mark Meadows, R-N.C., chair of the hard-line House Freedom Caucus, said House Speaker Paul Ryan assured conservatives they would get a vote on a full year of funding for the Department of Defense — separate from any future spending bills. Republican leaders also promised Meadows they would work to build support for a hard-line GOP immigration bill, but it would only get a floor vote if it was guaranteed to pass.

Meadows also asked for the release of classified information gathered by the House Intelligence Committee, but Ryan rejected that as not within House rules, according to a source familiar with the discussion.

House Democratic Leader Nancy Pelosi, D-Calif., had urged her caucus to vote against the bill. Only six Democrats voted for the bill, and 11 Republicans voted against it.

“The legislation that is brought to the floor today falls so very, very short of our responsibilities to the American people,” Pelosi said on the House floor during the debate. 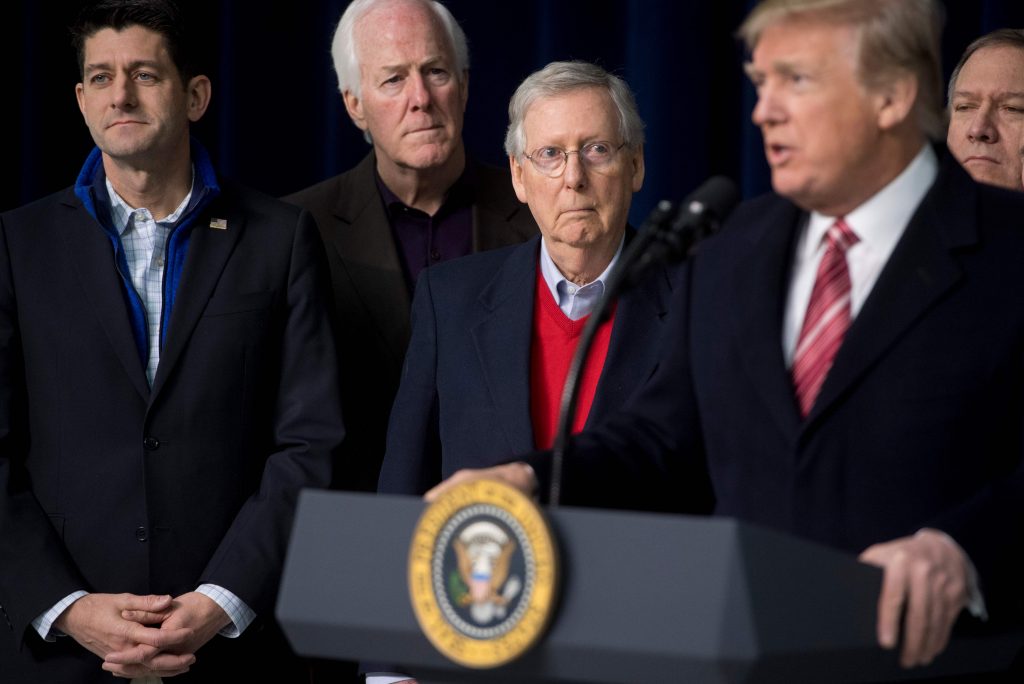 After the House vote, Ryan told reporters that if the government shutters, Senate Democrats will be to blame. He and other Republicans argued that Democrats were holding military and other vital federal funding “hostage” in a bid to help undocumented immigrants.

Shortly after the House vote, the Senate took up the bill, and a final vote could come as early as Thursday night. Republicans have a narrow 51-49 majority and the spending bill will need 60 votes to pass.

Sen. John McCain, a Republican, has been out for health reasons, and Sen. Lindsey Graham, R-S.C., came out against the short-term spending bill Wednesday.

On Thursday, two other GOP senators joined him.

“It’s not because immigration isn’t included,” Sen. Mike Rounds of South Dakota said on CNN. “For me, it’s a matter of defense, and it’s a matter of trying to make sure in the future the message is ‘let’s get our work done on time.'”

Sen. Rand Paul, R-Ky., a conservative who frequently breaks with his party, announced he was also a “no” because he wants to curb government spending and doesn’t feel the spending measure achieves that.

“I’ll be a ‘no’ vote because I’m not gonna vote to continue to put the country further into debt,” Paul said on Fox News.

Senate Democrats broadly oppose the short-term spending bill, called a continuing resolution, because it does not include protections for immigrants brought to the U.S. illegally as children and also fails to deal with a broad array of other domestic spending priorities.

“The CR leaves out so many priorities that the American people want and demand. Opioids. Veterans. Pensions,” Senate Democratic Leader Charles Schumer, D-N.Y., said on the Senate floor Thursday morning. “It doesn’t resolve the fate of the Dreamers. It doesn’t include an increase in military funding that members from both sides of the aisle would support.”

Trump complicated matters Thursday with an early morning tweet calling on lawmakers to fund a children’s health insurance program as part of a long-term package, not in the stop-gap funding bill.

Republicans included the health insurance extension in the short-term funding bill in the hopes of winning Democratic support.

The tweet caught lawmakers off guard and injected fresh volatility into the delicate negotiations to avert a government shutdown.

“The president supports the continuing resolution introduced in the House,” deputy press secretary Raj Shah said in a statement.

Sen. John Cornyn, R-Texas, the Senate’s second ranking Republican, posted an apparent response to Trump on Twitter, explaining that the CHIP provision in the short-term spending bill is in fact a long-term renewal of the children’s health program.

Trump’s tweet put Ryan, R-Wis., in the awkward position of having to answer questions about whether the president understood the funding legislation — and whether he is an unreliable ally in the current brinksmanship.

“It’s not causing us problems at all,” Ryan told reporters at a Thursday morning news conference. Ryan said he spoke with the president at about 10 a.m. Thursday, and “he fully supports passing” the short-term funding bill.

Trump tried to shift blame to Democrats for the stalemate, saying in remarks at the Pentagon that the sweeping tax overhaul he signed in December is already improving the economy but “the Democrats would like to blunt that by shutting down government.”

Senate Majority Leader Mitch McConnell, R-Ky., also tried to ramp up pressure on Democrats, saying he was “puzzled” about how they could possibly oppose the short-term bill, which reauthorizes the health insurance program for six years.

“All of these Democratic senators represent tens of thousands of children who depend on (CHIP),” McConnell said. “I’m more than puzzled why they would threaten to shut down the government over the entirely unrelated issue of illegal immigration.”

But that approach didn’t seem to be working. Schumer called McConnell’s remarks “outrageous.”

“Of course Democrats support CHIP Leader McConnell, you know that darn well,” Schumer said. If Democrats were in power “we would have never never let it expire,” in the first place, he said.

Congress has been unable to pass a long-term spending plan for government agencies since last year’s budget ran out Sept. 30. Instead, the government has been kept open by a series of weeks-long spending measures; the current one expires Friday.

Republicans for several days have been planning to pass another short-term measure that would extend funding through Feb. 16. The stalemate over a long-term bill has mostly centered on two issues: trying to reach agreement on spending levels and legal protections for immigrants brought to the U.S. illegally as children.

Privately, McConnell expressed concern about the growing possibility of a shutdown. In an email sent to his colleagues Thursday and obtained by USA TODAY the majority leader urged Republicans to stick together and vote for the short-term spending bill.

Baby dropped on side of road in cold; police search for suspects