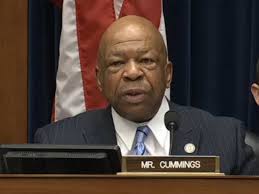 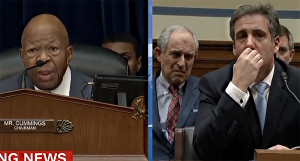 House Oversight Committee Chairman Elijah Cummings is interested in talking to Sheri Dillon and Stefan Passantino, attorneys responsible for the president’s ethics and financial disclosures. They could be central to determining whether Trump committed crimes by making hush-money payments to adult film star Stormy Daniels.

Neither has indicated a willingness to cooperate with Cummings’ committee, having disregarded a March 6 deadline set by the Maryland Democrat to agree to provide transcribed interviews to his committee later next week, according to Democratic aides.

In an early test of his ability to compel Trump officials and allies to provide information to Congress, Cummings may be forced to play hardball — including issuing subpoenas — to get them to comply.

Passantino and Dillon are among the first targets Cummings is pursuing since Trump’s personal attorney, Michael Cohen, testified in front of the committee on Feb. 27.

According to requests from the committee sent to each of the lawyers, as well as the White House, the two “appeared to provide false information” to federal officials about payments to Cohen to keep the alleged Trump affair from becoming public.

At issue are financial disclosure forms they filed with the Office of Government Ethics and ethics officials’ written notes documenting “evolving stories” from the two about the payments and Trump’s failure to disclose them. Passantino was a White House deputy counsel in charge of ethics policy, and is now working for the Trump Organization to field inquiries from the Democratic-led House. His signature was on Trump’s disclosure form. Dillon is a personal attorney for Trump.

Republicans, in a letter to Cummings, said suggestions that the two may have lied are “extremely unfair and unsupported accusations.”

“This is a serious charge, for which you relied only on cherry-picked passages of incomplete, one-sided handwritten notes prepared by OGE staff,” wrote Reps. Jim Jordan of Ohio, the ranking Republican on the committee, and Mark Meadows of North Carolina, who also said the charges were made public before speaking directly to the attorneys.

But Democrats say the lawyers may have good reason to avoid the newly empowered Democratic House majority.

“It’s often the second-tier players who know a lot and reveal a lot,” said Rep. Gerry Connolly, a Virginia Democrat on the committee. As examples, Connolly pointed to Alexander Butterfield, a White House aide who revealed President Richard Nixon’s taping system, as well as a bookkeeper who helped convict mobster Al Capone of tax evasion.

“These folks may not be household names but they could prove critical witnesses in providing corroborating testimony and further details” about what may be “a violation of federal election law” and a “conspiracy” to affect the 2016 election, Connolly said.

Cummings has said he will also probably request testimony from Allen Weisselberg, the Trump family’s longtime accountant and the Trump Organization’s chief financial officer, who has been granted immunity to share information by prosecutors in the Southern District of New York.

Cohen has pleaded guilty to federal campaign finance regulations connected to his payment of $130,000 to Daniels to keep her from making public her claims of an affair with Trump just days ahead of the November 2016 election. Trump has denied Daniels’ claim.

In a Dec. 7, 2018, sentencing memo, federal prosecutors said Cohen acted with the intent to influence the 2016 election and “in coordination with and at the direction of Individual 1,” or Trump. 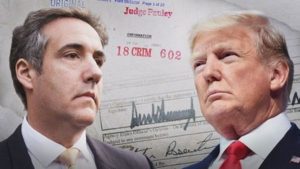 Cohen has said he paid Daniels through a shell company he created in October 2016 called Essential Consultants LLC using his own money, which Trump was to reimburse in payments over several months. Cohen has testified that he made the payment “in coordination with and at the direction of” Trump “for the principal purpose of influencing the election.”

Under the Ethics in Government Act of 1978, federal officials, including the president, must publicly disclose financial liabilities that could affect their decision-making. Yet Trump’s disclosure form, covering January 2016 to April of 2017, failed to include his debts to Cohen. The president personally signed the form.

After it was initially reported in January of 2018 that Cohen had paid Daniels through a shell company, Dillon at first denied to ethics officials that Trump ever owed any money to Cohen in 2016 and 2017. Dillon even said she had “confirmed that with the filer,” or Trump, that he did not owe Cohen any money. “Not that I’m aware of,” Dillon said.

Days after ethics officials demanded that Dillon confirm Trump’s claim in writing, Trump’s attorney, Rudy Giuliani, appeared on television admitting Trump had reimbursed Cohen for his payments to Stormy Daniels and characterized it as a “retainer.”

Trump himself the next day confirmed the payments in a tweet, stating Cohen had “received a monthly retainer, not from the campaign and having nothing to do with the campaign.” Ethics officials again approached Dillon for further explanation. At that point, she acknowledged Trump had reimbursed Cohen and said the “mechanisms for reimbursement changed over time.”

“This raises significant questions about why some of the president’s closest advisers made these false claims and the extent to which they too were acting at the direction of, or in coordination with, the president,” Cummings wrote.

After the president’s admission, Dillon insisted all payments were in connection with legal services and likened them to payments for a “kitchen remodel.” Passantino also described the payments as a “retainer,” according to Cummings. When officials asked Dillon to see the retainer, she refused and accused federal ethics officials of overstepping their jurisdiction.

In May of 2018, Trump amended his form, noting payments to Cohen in monthly installments that covered other services including “tech services,” but insisted those disclosures were not required. Passantino’s signature was on that filing, which concluded Trump was “in compliance with all applicable laws and regulations.”

On May 8, 2018, as Dillon continued to defend the payments as “routine,” she also said: “Let the facts come out as they may and let the criticism fall on the president.”

Could Apple Be Giving Users 10 percent When They Add Money To Their Account ???