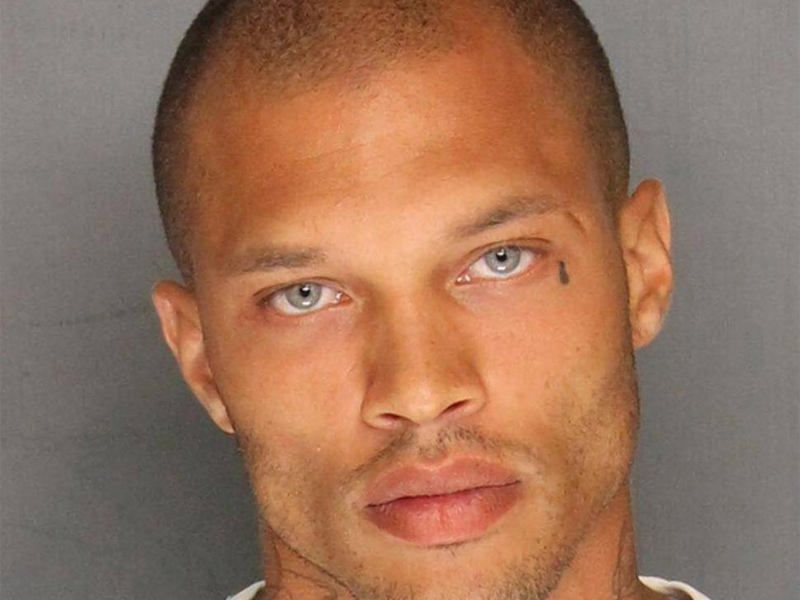 Yahoo reports, between fashion weeks and magazine covers, hot felon turned model Jeremy Meeks seemed to be on a roll — that is, until he landed in London. Meeks was...
by T M Hardy April 25, 2017 642 Views 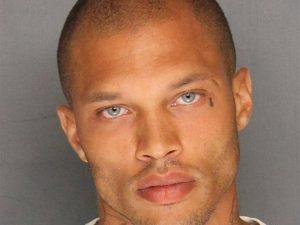 Yahoo reports, between fashion weeks and magazine covers, hot felon turned model Jeremy Meeks seemed to be on a roll — that is, until he landed in London. Meeks was on his way to the British capital Monday for the release party of his first magazine cover when immigration officers turned him away, sending him back to the U.S.

In a video obtained by the Daily Mail, Meeks films himself walking through the airport with guards. “I’m sick of this s***,” he begins. “I’ve been denied. London don’t want me here, having served my time. S*** is crazy.” He looks dejected and frustrated — while superstylish in a wide-brimmed black hat.

Meeks’s manager, Jim Jordan, told the Mail that he had all the right paperwork, and a letter from his parole officer, so there was no reason for him to be denied entry. Nonetheless, when Meeks, his wife, and Jordan reached immigration at Heathrow airport, the hunk was ordered “to one side.” Photos show a disappointed Meeks sitting with his bags in a roped-off area near the Border Patrol.

During the next eight hours, Meeks was interviewed, fingerprinted, and strip-searched while his wife and manager waited for him in the airport. Then he was told he could not enter the U.K. and escorted onto a New York-bound American Airlines flight.

“He wasn’t arrested, but they deported him out of the country,” Jordan told the Mail. “They wouldn’t let him come into the country. He is really upset. He was police-escorted onto the plane.”

Meeks was due to shoot a series of other magazine covers during his time in London. Unfortunately — for him and us — it looks like that won’t be happening.

“I started getting calls from Jeremy, saying, ‘Hey, they’re putting me in this room, and there’s another guy in here and the guy has been here for about eight hours,’” Jordan recalled. “He said, ‘They were interviewing me, they’re going to do a search and they’re doing all these things.’ … Jeremy said customs officers did a four-hour interrogation, they took a s***-ton of pictures of him. … They strip-searched him, they fingerprinted him. They locked him in a small room for hours. They took his passport from him; they didn’t give him his passport back,” he explained. “They basically said, ‘You cannot come into the U.K. with no explanation.’ Jeremy is really sad; he’s just really sad.”

Jordan hasn’t lost all hope, though. The Daily Mail reports he will visit the U.S. Embassy in London to “seek assistance.”

“[This was] the very first thing that Jeremy has done. It was his first time in London and he was all excited. It was his big debut,” Jordan expressed. “He was on the right track for what we feel was going to be his new life. Now he’s very sad. Hopefully this is just a setback and he will be able to come back from this.”

Knowing Meeks’s comeback skills, we have a feeling he’ll bounce back.