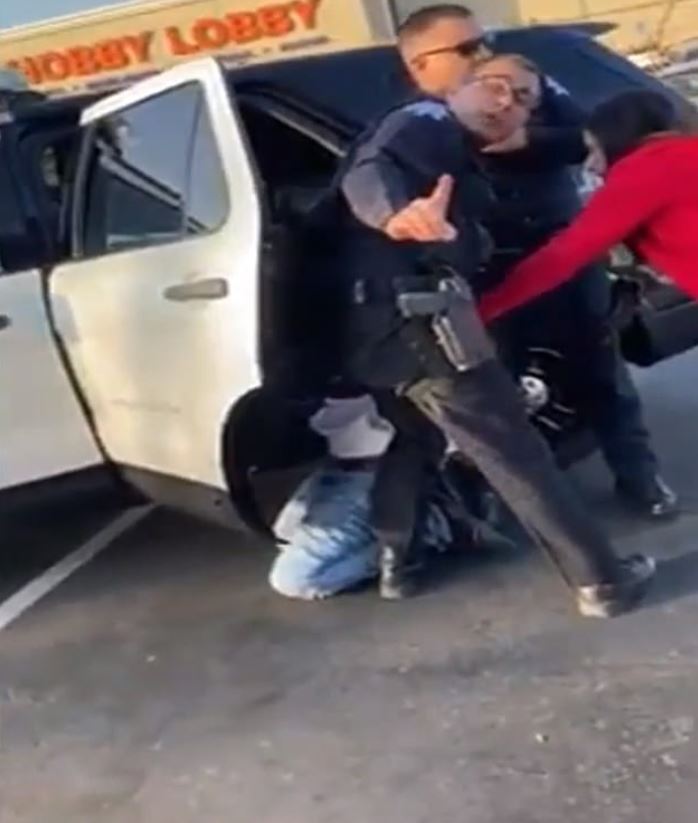 DISTURBING video shows police handcuffing a 16-year-old autistic boy after he collapsed with an epileptic fit. Mother Lourdes Ponce can be heard screaming at officers who arrested her traumatised...
by Zach Freeman February 3, 2020 194 Views

DISTURBING video shows police handcuffing a 16-year-old autistic boy after he collapsed with an epileptic fit.

Mother Lourdes Ponce can be heard screaming at officers who arrested her traumatised son instead of taking him to hospital in Fresno, California.

The teenager is said to have vomited in panic as cops tried to bundle him into the back of a squad car.

His sister is seen trying to intervene, and Lourdes – who is filming on her phone – pleads: “He has autism, he has epilepsy, stop it!”

Police arrested the boy at an El Pollo Loco diner following a 911 call on Thursday.

The family went there for a meal after an appointment with a doctor, who treated the boy for epilepsy.

Lourdes said her son went to the bathroom and collapsed with another seizure.

She told ABC Action News: “I stood outside the door. I heard him hit the floor.

“I tried to open the door but it was locked. That’s when I asked for help.”

Staff unlocked the door and found her son lying on the ground.

His sister called 911 but police arrived instead of an ambulance.

Lourdes said: “We called paramedics for help, we did not call police.

“He was not hurting anybody — he was having a seizure.”

Fresno police did not give a reason why officers arrested the autistic boy, of Delano.

Lourdes’ footage shows them struggling to put him into the patrol car.

She said at this point her distressed son was panicking and began to vomit.

But instead of giving him first aid, the officers continued to restrain him with force.

Lourdes said: “He saw that my son was throwing up and instead of helping him so that he wouldn’t choke on his vomit, they had him on the ground in handcuffs.”

She ran to her car to get documents proving her son’s medical conditions.

Only then did the officers release him. He was taken to Valley Children’s Hospital in Fresno.

Lourdes said her son is so traumatized by what happened he is having difficulty accepting treatment from hospital staff.

Later officers visited him in hospital to deliver a “certificate of release” form which says the boy will not be re-arrested.

It is not known when he will be well enough to leave hospital.

Fresno Police said: “This case is currently under administrative review.

“The review will include the examination of all the information pertaining to the officer’s contact including body worn cameras.”