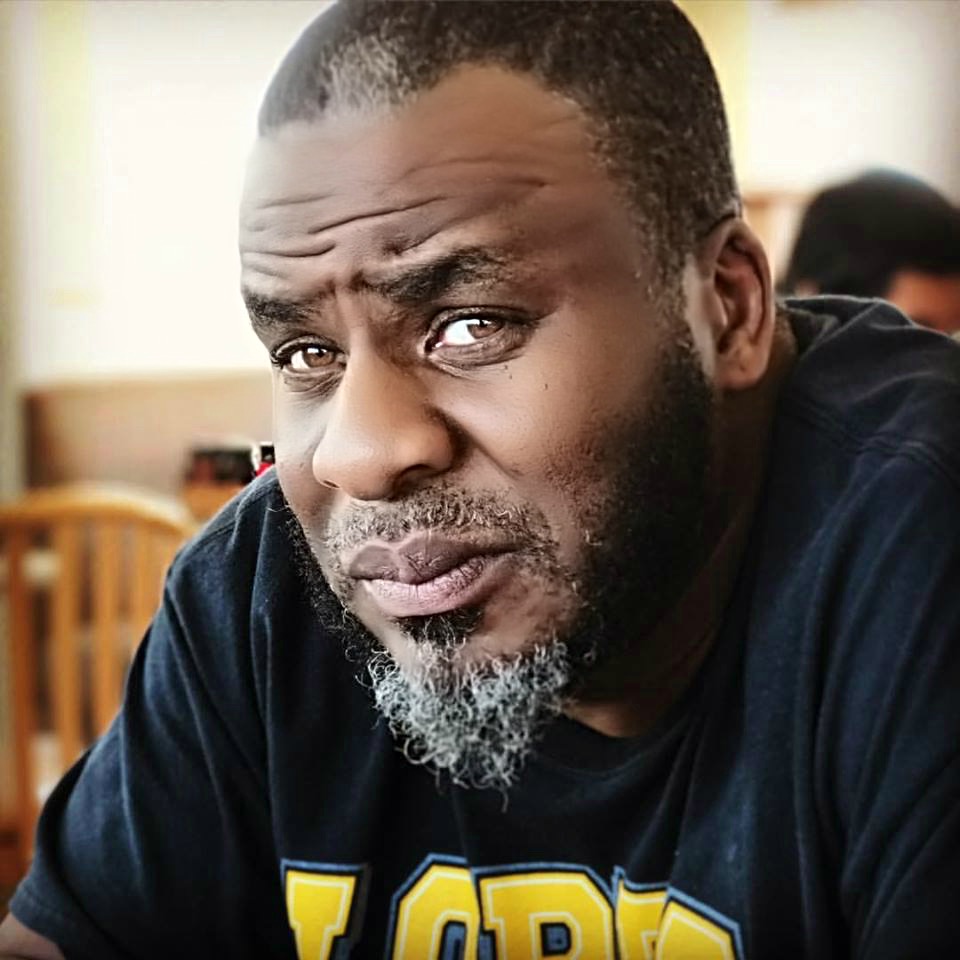 “How long should I stay dedicated? How long ’til opportunity meet preparation?” Nipsey Hussle wonders on “Dedication,” a single from his 2018 album featuring Kendrick Lamar. Those lyrics weren’t...
by Raquel Jayson April 17, 2019 561 Views

“How long should I stay dedicated? How long ’til opportunity meet preparation?” Nipsey Hussle wonders on “Dedication,” a single from his 2018 album featuring Kendrick Lamar.

Those lyrics weren’t expressing moments of doubt, but rather an earnest reminder of the sacrifices and hard work necessary in pursuing one’s ambitions. And they represent a rapper who, at his core, was about motivating the streets. Hussle, born Ermias Asghedom, looked at life and his career as a marathon — and he was in it for the long haul. It’s what has made his death, at 33, amid a mainstream ascent and a widening footprint as a community ambassador and investor equally tragic and enraging.

He had only just hit full stride in the race when he was taken out of the game. It was, after all, just a few months ago when he arrived at the Staples Center in his finest attire, his daughter and partner by his side. He was up for a Grammy – his first nomination — and was humbled by the recognition he was getting for “Victory Lap,” his breakout debut that was more than six years in the making.

You could see it all over his face Grammy weekend —that glow of having hit a benchmark in an industry he’d been navigating for over a dozen years, to varying degrees of success, before “Victory Lap” put him on wider radars and showed the world someone who, in his own words, “came from nothing to having it all.” 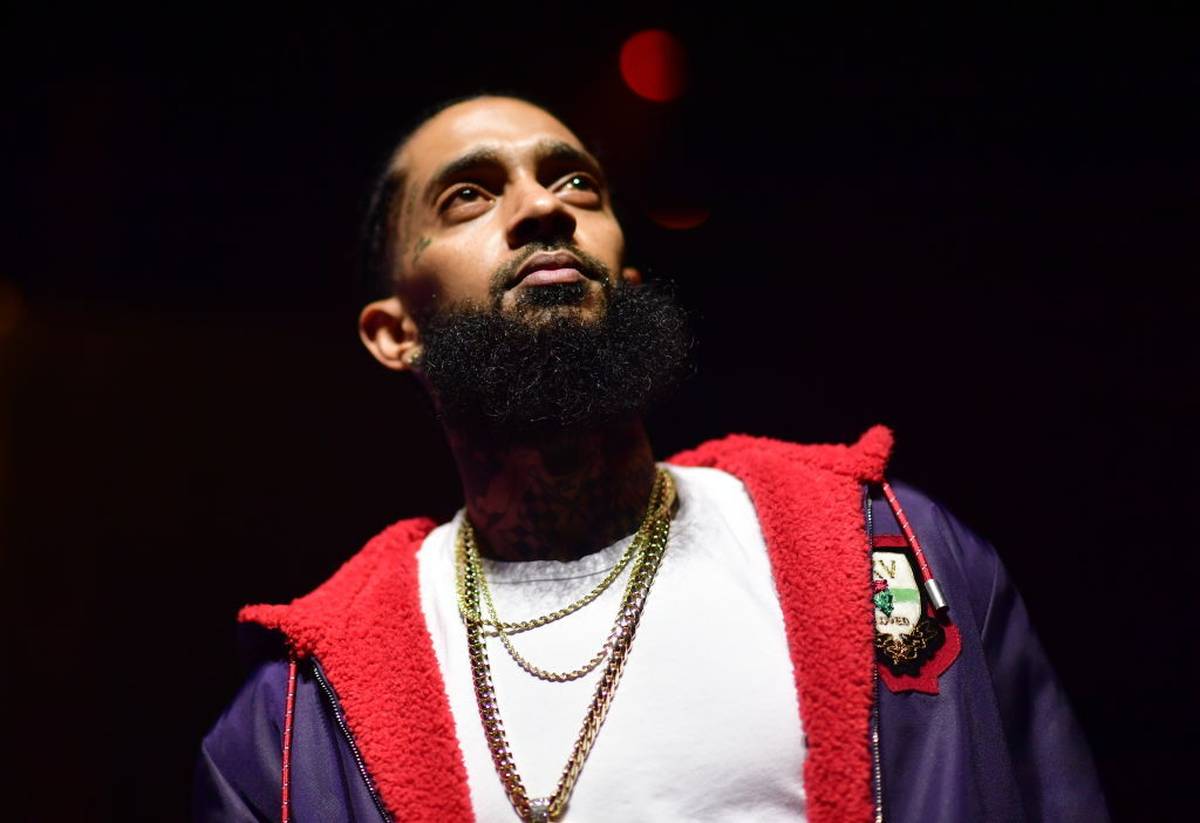 Trophy or not, he’d won.

Thursday, that same space where Hussle and so many artists were recognized for their work accommodated an hours-long service that captured the magnitude of the rapper’s life and career and attracted thousands of mourners.

It was a home-going, where rejoicing in the music he made and the unparalleled impact he had on his community —where he was known as “Neighborhood Nip” — was at the forefront.

“This is a celebration,” DJ Battlecat shouted from the dais, before he implored the crowd to rise to its feet as the 1500 or Nothin’ band played a rousing take of the title track from “Victory Lap.”

Hussle’s voice echoed across the arena to tears and rapturous cheers, many abandoning the no-video rule to pull out cellphones to film the moment. Who can blame them? It started to feel like a headlining concert and not a funeral.

To understand the scope of the impact he made in his short life, consider this fact: His memorial saw Minister Louis Farrakhan speak fiercely about Hussle’s ties to the streets and included a statement from former President Barack Obama applauding the rapper’s community work and business acumen while admitting that it was one of his daughters who turned him on to the music.

There were mourners adorned in the “Crenshaw” shirts from Hussle’s Marathon clothing store, though many opted for clothing that had Hussle’s image screen-printed, homemade or procured from street vendors.

Eritrean flags waved high – the audience was shown footage of Hussle returning to his father’s birthplace – and members of the community were dressed in beautiful habesha kemis, the traditional garments worn by Habesha women. It was also probably the first time Staples Center saw that many shades of Crip blue in the audience.

It wasn’t uncommon that the rapper’s lyrics slipped into remarks as those close to Hussle paid tribute. By the time “Dedication” filled the venue, pallbearers wept over his casket.

“All my life, been grindin’ all my life / sacrificed, hustled, paid the price,” pastor Shep Crawford rapped amid a eulogy that saluted a man who made no secret about the hardships of growing up amid a backdrop of violence and drugs that made South L.A. a hotbed for gang violence in the ’80s and ’90s.

He was open about his allegiance to the Rollin’ 60s Crips from his hood, and the music is rife with dispatches and meditations of a life otherwise foreign to anyone who didn’t grow up with it at their front steps.

For those who have only heard of the nihilism of gang culture, the service provided a different view of “street organizations” that has been well covered from scholars to famous former bangers like Snoop Dogg, who spoke passionately about his shared mission with Hussle to unite the Bloods and the Crips.

Hussle, like Snoop Dogg before him, used his music, influence and community work to denounce gun violence without ever condemning active gang members. He knew what gang injunctions were doing to his hood and he spoke out about it, but he also knew the realities of gang violence and how that stigma followed anyone who ever joined a set.

As a rapper he’d shown his promise. “Victory Lap,” with its layered storytelling and brash beats, was a crowning moment that was kicking off a new act for a rapper who had been putting in the work.

But it’s his reach in the community that will leave a larger void. He was providing a blueprint for community ownership, a role he was fiercely dedicated to. A hashtag born out of his slaying #TheMarathonContinues (it’s the name of an old mixtape and a nod to his beloved clothing store) became a call to action after his death. On Thursday, the message throughout his home-going was to continue what Hussle started.

Before Hussle’s jet-black casket was carried out of Staples and he was laid to rest — a hearse chauffeuring him across the city he loved so fiercely so the streets could get one last look — his own voice played out over the speakers, toasting the hood he now leaves behind.

Kevin Hunter finally apologized after Wendy fired him from the show!