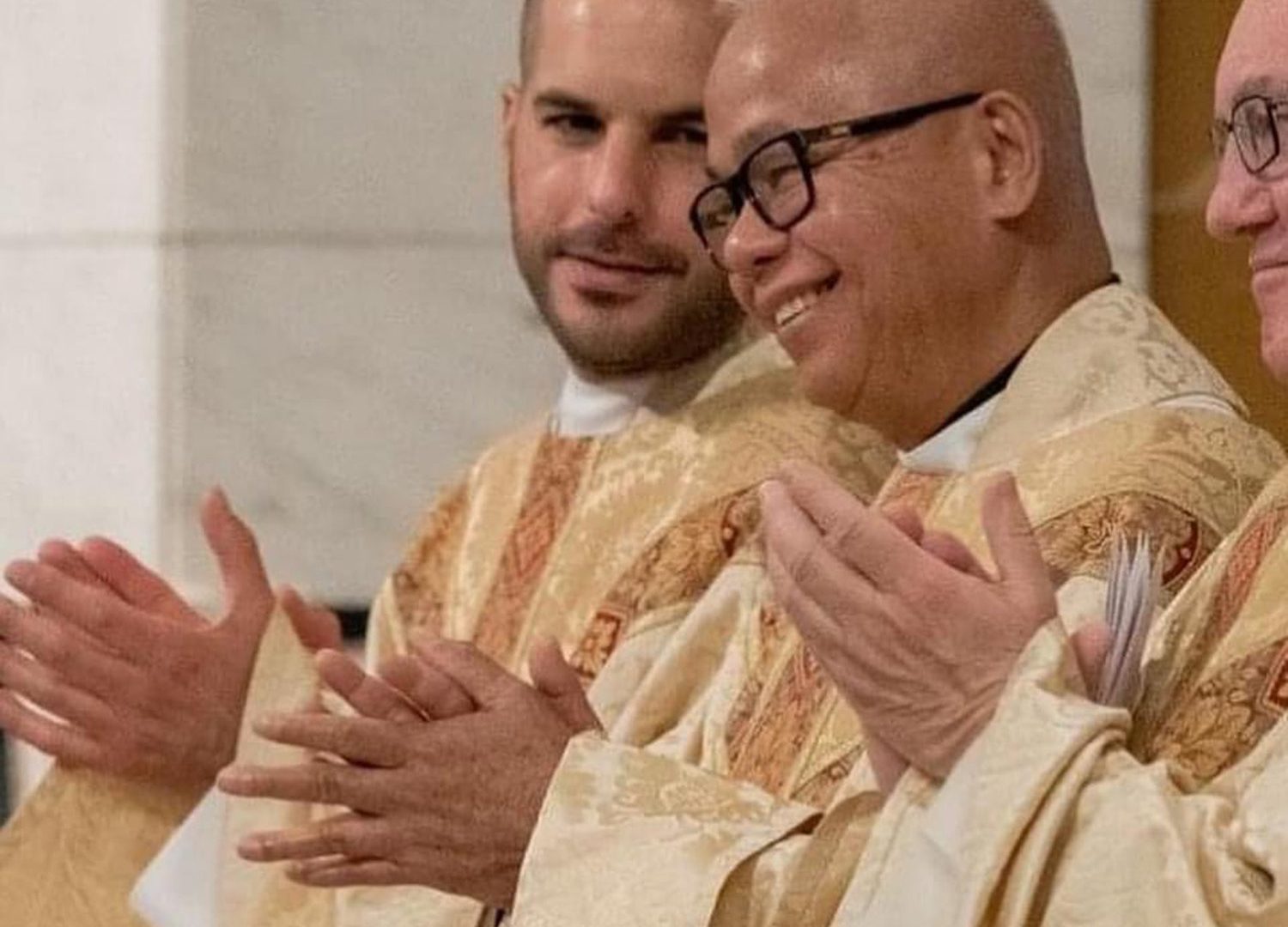 The Rev. Monsignor Romualdo Sosing was appointed pastor of Holy Name of Mary in 2011, and reappointed in 2017. On Sunday he died of complications from the coronavirus.COURTESY MATT...
by Zach Freeman May 27, 2020 151 Views

The Rev. Monsignor Romualdo Sosing was appointed pastor of Holy Name of Mary in 2011, and reappointed in 2017. On Sunday he died of complications from the coronavirus.COURTESY MATT BROWNE, DIOCESE OF ROCKVILLE CENTRE

The Rev. Monsignor Romualdo Sosing, who for the past nine years served as pastor of the Holy Name of Mary Church in Valley Stream, died on Sunday evening of complications from the coronavirus after testing positive for the disease in early May. He was 67.

“He impacted the life of people through his preaching in the pulpit,” said the Rev. Adolfo Novio, pastor of St. Elizabeth Ann Seton Parish in Shrub Oak, who worked alongside Sosing for many years in Sosing’s native Philippines. “He touched people by living the life that he preached, and he believed what he preached.”

With news of Sosing’s death came an outpouring of sympathy, with dozens of residents and parishioners sharing their memories of the pastor on social media.

“I am so grateful for all the times I celebrated Mass with monsignor,” Rita Vell DiFano said, noting that Sosing had married her and her husband in 2018. “My thoughts and prayers are with his family, friends and the Holy Name of Mary community.”

“Many [were] the great conversations myself and Monsignor Rom had at the rectory kitchen table,” said Kevin Faughey, music director at Holy Name. “I will miss those.”

“We will miss you,” said Stephanie Zincone Darcy, extending condolences on behalf of herself and husband, former Mayor James Darcy.

Speaking after a memorial service held through Zoom on the night of Sosing’s death, his niece Carolyn Macuha said he was her best friend, and the two had spoken daily.

“Whenever I would struggle in life, he reminded me that my resurrection would come,” she said, referring to the Catholic belief in the afterlife. “He was like my second father. It’s amazing how many people he touched.”

“When I got the news that he passed, it was heartbreaking … He was such a kind, warm and holy man, and he had such a beautiful smile and a great sense of humor,” said Donna Viscovich, a parishioner at St. Dominic Parish in Oyster Bay, where Sosing was posted previously. “He touched my life; God wanted him home to his eternal reward that he so richly deserves.”

Novio said Sosing took him in as an orphan in the Philippines, and inspired him to become a priest as well.

“He nurtured my vocation to priesthood.”

In 1977, Sosing began his priesthood, and was ordained for the Diocese of Catarman in the Philippines, and had served in the Diocese of Rockville Centre since coming to America. Here, he had been associate pastor of Notre Dame in New Hyde Park, St. Dominic in Oyster Bay and St. Luke’s in Brentwood.

Sosing was appointed pastor of Holy Name of Mary on June 22, 2011, by Bishop William Murphy, and was reappointed to his second term as pastor on June 18, 2017.

Sosing’s final wish was to be buried in the Philippines. However, because of the pandemic, his remains will stay at Holy Name of Mary Church until that is possible. A funeral Mass was to be celebrated on Zoom on May 27, after press time.