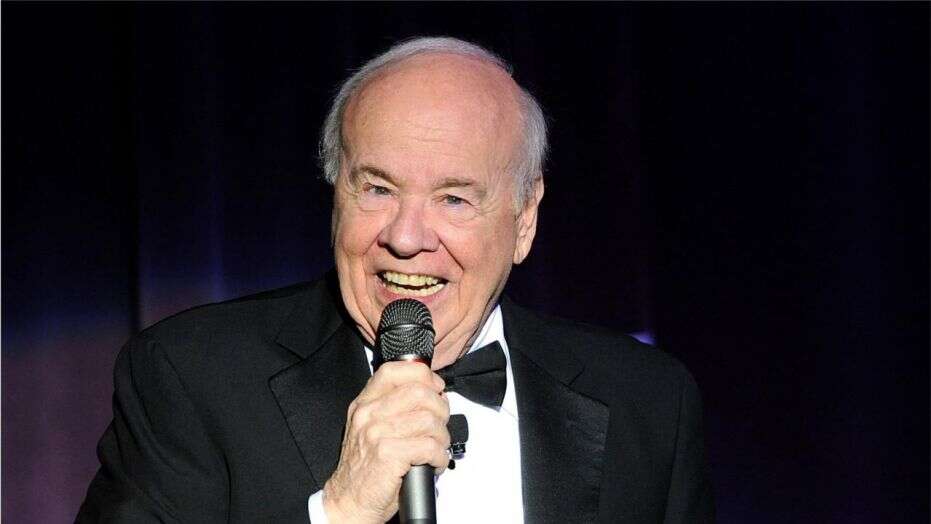 Tim Conway, the agile comedian who was a core member of the “The Carol BurnettShow” troupe and starred in string of Disney film comedies in the 1970s, died Tuesday morning...
by Joy Smith May 14, 2019 401 Views 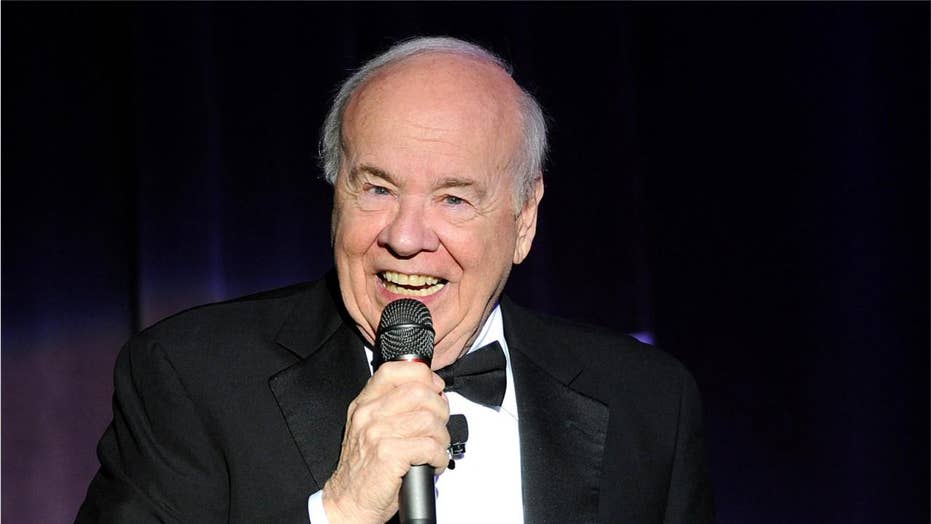 Tim Conway, the agile comedian who was a core member of the “The Carol BurnettShow” troupe and starred in string of Disney film comedies in the 1970s, died Tuesday morning in Los Angeles. He was 85.

A rep for Conway tells Variety he died from water on the brain.

In later years, Conway had success with his “Dorf” series of comic how-to videos in which he played a bumbling, diminutive Scandinavian character by standing on his knees. He also lent his versatile voice to a slew of animated productions ranging from “SpongeBob SquarePants” to “Scooby Doo” to the Christian video series “Hermie and Friends.”

Over his long career, Conway was nominated for 13 Emmys and won six. For “The Carol Burnett Show,” he was nominated six times as a supporting performer in a variety or comedy series, winning in 1973, 1977 and 1978. He was also nominated as part of the writing staff for the show, drawing three nominations and winning in 1978. In addition to those four Emmy wins, he won in 1996 for outstanding guest actor in a comedy, “Coach,” and in 2008 for guest actor in a comedy for “30 Rock.”

On “The Carol Burnett Show,” Conway was so side-splittingly hilarious that he often caused co-star Harvey Korman to begin laughing in the middle of a skit. He was known for ad-libbing bits that would challenge Korman and other co-stars including Vicki Lawrence and Lyle Waggoner.

Conway appeared as many characters on the show, but the two most famous were the Old Man and Mr. Tudball. The Old Man shuffled along at an agonizingly slow pace vastly insufficient to the occupations in which the show’s writers would place him. His inability to get things done usually resulted in slapstick, and Conway would ad lib a good deal. 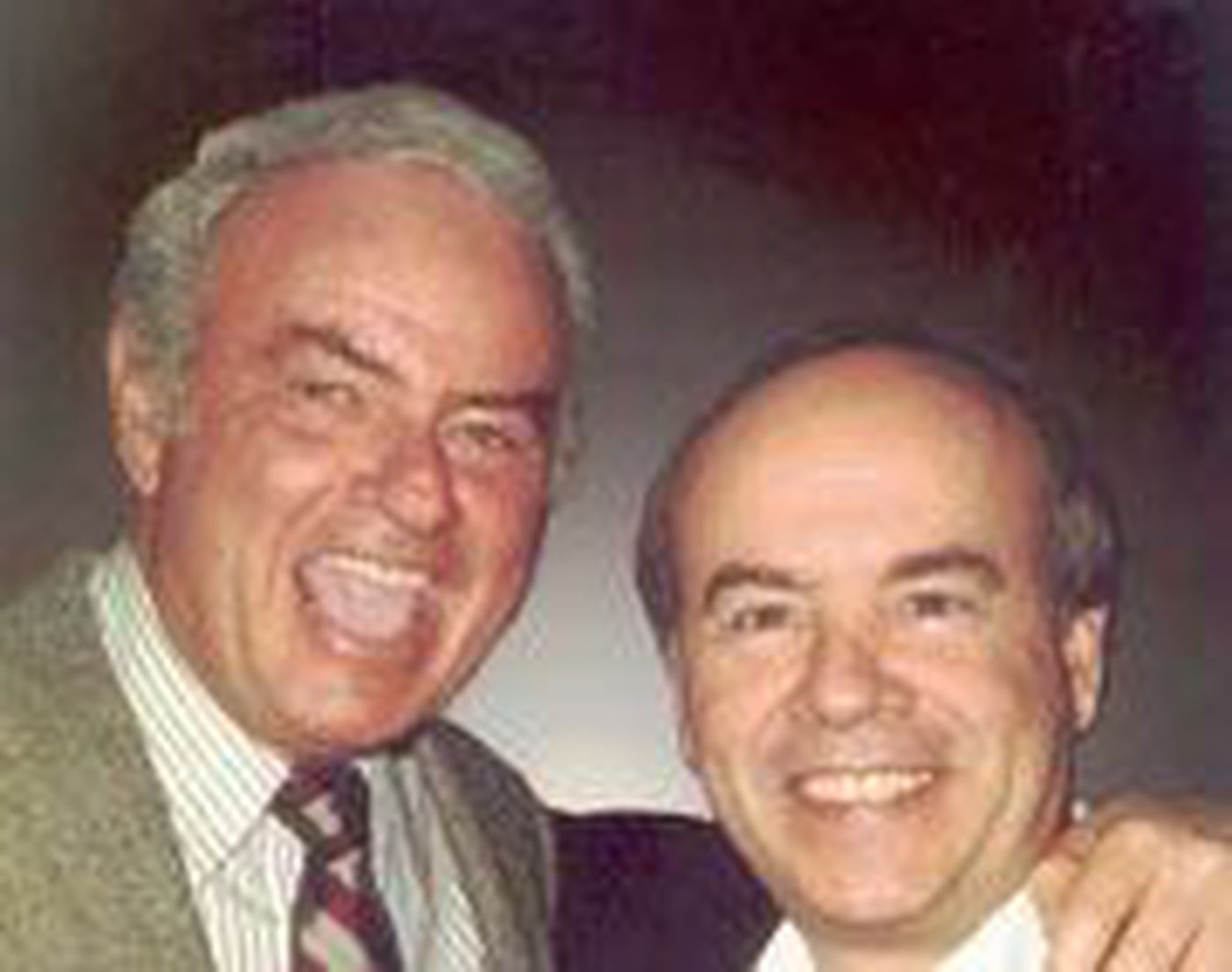 Mr. Tudball was a businessman who aimed to run a “ship-shape” office, but such intentions would always go unfulfilled because of the bored indifference of his secretary, Mrs. Wiggins (Burnett). The character was widely thought to be Swedish, but Conway actually imitated the accent of his Romanian mother.

“Carol Burnett” ran for 11 seasons on CBS from 1967-78. Conway appeared on a single episode in 1967 and then became a regular member of the comedienne’s troupe from 1975 until the show’s end.

In 2012 Burnett, Conway and Lawrence asked in an interview for Sirius XM Satellite Radio if there were occasions where they worried about having enough material for the show, Burnett replied: “No, because we could always count on Tim to go over. So there was always enough show. In fact, sometimes, because he would get on a roll and do stuff we had never seen before, so maybe a four-minute sketch would turn into a 10-minute sketch — thanks to Conway — and we could then bank another sketch that we were going to do that week for another week.”

Conway’s career had first been jump-started by the World War II-set sitcom “McHale’s Navy,” starring Ernest Borgnine. He played the bumbling, naive Ensign Charles Parker, executive officer of the PT-73, on 138 episodes of the show (1962-66), as well as the two feature films based on it, receiving his first Emmy nomination for his performance, in 1963.

His run of Disney-produced family comedies began with 1973’s “The World’s Greatest Athlete,” in which he played the assistant to a desperate college coach (John Amos) who finds a new player in Africa — a Tarzan sort played by Jan Michael Vincent. Next was 1975’s “The Apple Dumpling Gang,” in which he starred with Don Knotts, among others (later Conway appeared in the 1979 sequel); “Gus,” also with Knotts, in which a mule moves from team mascot to team member; “The Shaggy D.A.,” with Dean Jones (Varietysaid: “Conway is particularly droll as a cloddish ice-cream salesman”); and “The Billion Dollar Hobo.”

Outside of the arrangement with Disney, Conway scripted the kids comedies “They Went That-A-Way & That-A-Way” (1978), in which he and Chuck McCann played inept cops told by the governor to go undercover as inmates in prison to discover where an old-timer has hidden his loot, and co-penned “The Prize Fighter,” in which he and Knott starred. The latter film shared a great of plot with the vastly superior Danny Kaye boxing film “The Kid From Brooklyn,” itself a remake of the also vastly superior Harold Lloyd vehicle “The Milky Way.” Conway’s partnership with Knotts ended with the 1981 comedy “The Private Eyes,” which Conway co-scripted. The pair played doltish detectives working for Scotland Yard in the zany comedy.

“The Tim Conway Show,” a one-hour variety show, ran for 13 episodes in 1980-81 (another show of the same title had aired briefly in 1970); Conway got another shot with his own show, CBS detective spoof “Ace Crawford, Private Eye,” in 1983, but its run was also very brief. The series, however, was produced by Conway’s own production company, Conway Enterprises, which went on to produce his Dorf videos.

“The Longshot” (1986), directed by Paul Bartel, was interesting for being a comedy scripted by Conway for adults; the film, which starred Conway and Harvey Korman, among others, followed a quartet of losers who borrow money from mobsters to bet on a “sure thing”; when they lose, the gangsters come after them. The movie did not attract much attention, however.

He began his series of “Dorf” how-to videos with “Dorf on Golf” in 1987. Conway produced nine Dorf videos overall, on sports including baseball, auto racing, and fishing.

In response to the 2008 episode of “30 Rock” called “Subway Hero,” David Hinckley wrote in the New York Daily News that “the real reason [‘Subway Hero’] is must-see TV is a guest spot by Tim Conway as an old-time televisi on star whose deadpan recollections of the ‘good old days’ keep getting weirder and funnier. He darn near steals the show.” Conway subsequently won an Emmy for the appearance.

Asked in a 2011 interview about comedy today, Conway replied: “I hang onto the oldies. Jonathan Winters calls me about three times a week, and I never answer the phone. I have all of his messages recorded. He always calls with a different character and he wants me to do something or appear somewhere or go to an Army-Navy store for something. I have hundreds of these on the answering machine, but I never talk to him. Once in a great while I will pick up and talk to him.

“I kind of fall back on that. But Bob Newhart and I, and Mike Connors, Steve and Eydie, get together every Tuesday night and have dinner, just to sit and talk. Most of the conversations have already been told 20 or 30 times. But we just keep in touch like that.

“I don’t really know about who is really doing it these days.”

Thomas Daniel Conway was born in Willoughby, Ohio. He attended Bowling Green State University, where he majored in speech and radio, and served in the Army. He started his career in show business working for a radio station, eventually writing for the promotional department. There was already an actor named Tom Conway, so he became Tim.

After his Army service ended, Conway returned to Cleveland to work with Ernie Anderson on KYW-TV in 1958-59 and on WJW-TV from 1960-62 on a weekday morning film showcase (under the Ernie’s Place banner); Conway wrote material for the comedic skits shown in the film intermissions. He also recorded a comedy album with Anderson.

Comedienne Rose Marie discovered Conway and arranged for him to audition for “The Steve Allen Plymouth Show”; Allen was so impressed with Conway that the comedian became a regular on the show in 1960. Conway was also a regular on Allen’s next series, “The New Steve Allen Show,” in 1961.

The following year he was signed to play Ensign Charles Parker on “McHale’s Navy.” 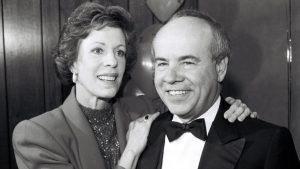 After that he starred in ABC’s brief comic Western series “Rango” as the title character, a bumbling Texas Ranger, but the show ran for only 17 episodes in 1967. He got his own series in 1970, but CBS’ “The Tim Conway Show,” in which he played an inept pilot at a fly-by-night airline, lasted only a single season.

It was his hilarious work on “The Carol Burnett Show” — memorable decades later to those who watched the show, and immortalized on YouTube — that was his real gift to audiences.

Conway was married to Mary Anne Dalton from 1961 until their divorce in 1978.

He is survived by second wife Charlene Conway, whom he married in 1984, and seven children by Dalton, including KFI Los Angeles radio host Tim Conway Jr.