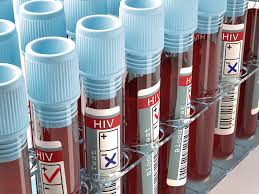 Researchers from the University of Michigan found an effective way to allow HIV-affected couples grow their families without passing the infection to their babies. Their study showed that a...
by Katricia Brown April 5, 2019 497 Views

Researchers from the University of Michigan found an effective way to allow HIV-affected couples grow their families without passing the infection to their babies. Their study showed that a timed vaginal insemination is a safe and effective way to conceive for women with HIV. 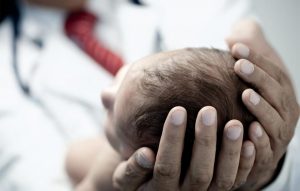 “People who are living with a stable HIV infection are focused on fully integrating into their communities and living productive lives,” Okeoma Mmeje, study lead author and assistant professor of obstetrics and gynecology at Michigan Medicine, said in a statement posted Wednesday.

“Our study describes a feasible, safe and effective method for women living with HIV to achieve pregnancy.”

Couples with HIV are being advised against having children for fear that the infection could be passed on to their babies. Doctors also recommend antiretroviral treatment to help patients keep the virus at low levels and reduce the risk of spreading HIV.

However, problems may still occur in using such therapy due to lack of routine assessment to guarantee an undetectable viral load, the researchers said. But the new study, published in the Public Library of Science ONE, offers new hope for HIV-affected couples.

The team found that in couples where the woman was HIV-positive and the man was not, timed vaginal insemination could lead to healthy conception without the risk of HIV transmission. The findings come from the analysis of health of couples in Kenya.

About 44 percent of couples in Kenya are reportedly HIV-serodiscordant. But 20 to 50 percent of this group expressed interest in having children.

For the study, the Michigan-led team followed participants for two months and monitored their sexually transmitted infections. The team found that timed vaginal insemination, when performed for up to six menstrual cycles, led to six live births without a case of HIV transmission.

Mmeje said the method could be implemented by HIV prevention programs across the world.

“Our findings are applicable to low-resource environments throughout the world,” Mmeje said. “This strategy could have high impact on empowering HIV-affected women with an affordable and readily accessible reproductive option that supports their desire to have children.”

Once Again…Chick-Fil-A Banned From Opening

Celine Dion clears the air about her rumored new boo!