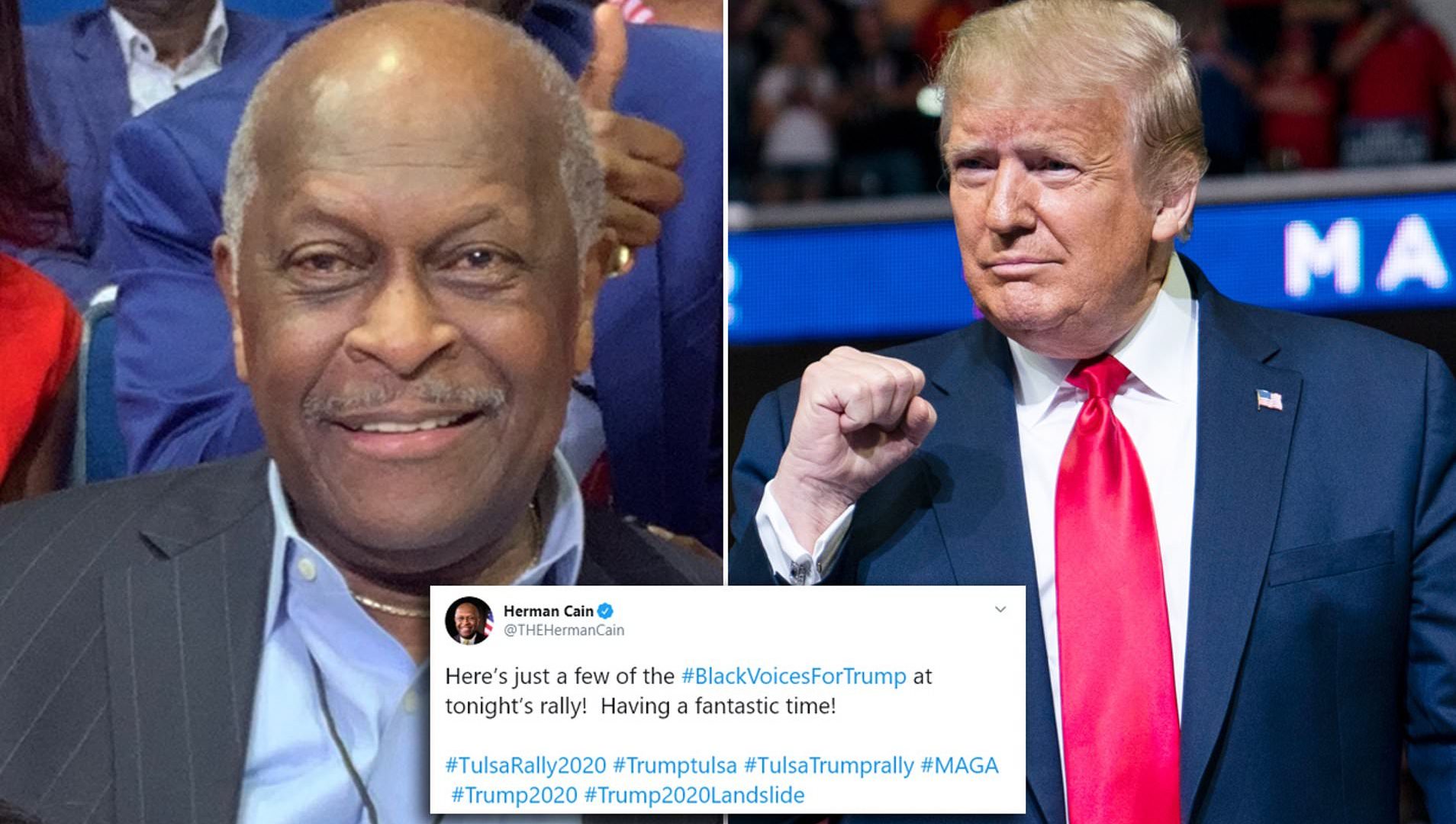 Many rushed to Twitter to suggest President Trump’s Tulsa rally is to blame for Herman Cain’s tragic death on Thursday.

Cain, the former Republican presidential candidate and affable business magnate, died after being hospitalized for coronavirus. He was the co-chairman of Black Voices for Trump and attended the president’s rally in Tulsa without a mask on June 20, prompting critics of the president to quickly politicize his death.

While tributes to Cain poured in, others used the moment to attack Trump, conservatives or both. Stand Up Republic executive director Evan McMullin used the news to refer to Trump rallygoers as a “science denial Trump cult.”

My friend Herman Cain, a Powerful Voice of Freedom and all that is good, passed away this morning. Herman had an incredible career and was adored by everyone that ever met him, especially me. He was a very special man, an American Patriot, and great friend. I just got off…

“Herman Cain was hospitalized for coronavirus two weeks after he attended Trump’s Tulsa rally without a face mask. He’s the first senior casualty of the science denial Trump cult. The question is whether even that can wake others up about the dangers of Trump and the virus,” McMullin wrote.

An activist with over 500,000 followers even accused Trump of manslaughter.

Meanwhile, a plethora of pundits were careful not to say anything controversial while reminding followers Cain attended Trump’s Tulsa rally.

This Only Child, 17 Has Lost Both Parents Within Days To COVID19