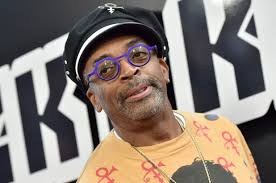 The NYPD is paying director Spike Lee more than $200,000 for a leading role in helping facilitate the relationship between cops and the Black community through a new policing programs. Given...
by Katricia Brown August 17, 2018 1848 Views

The NYPD is paying director Spike Lee more than $200,000 for a leading role in helping facilitate the relationship between cops and the Black community through a new policing programs. 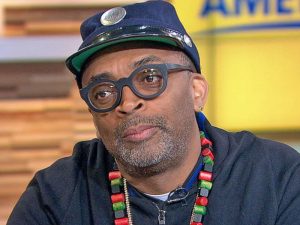 Given the onslaught of police shooting of unarmed black men in recent years, New York City’s own history of racial profiling by officers and Lee’s own criticism of the department this seems like an odd pairing.

Lee’s 1989 movie Do the Right Thing was ahead of its time, tackling the tenuous race relations in Black communities. Lee ended his movie with a character Radio Raheem, getting choked to death by police. In recent years, Lee drew a comparison to his movie character and the choking death of Eric Garner.

“The Foundation approached and consulted several creative teams including the Spike DDB agency to help develop a public awareness campaign that would aim to strengthen the partnership between the NYPD and the communities it serves,” said spokesman Brady Littlefield.

Lee’s advertising firm, Spike DDB, will reportedly receive approximately $219,113, which will be funded by the Police Foundation.

While promoting his new film “Blackkklansmen,” the true story of the first Black police officer to integrate the Colorado Springs Police Department, Lee told theGrio that white supremacy is no joke.

“We’re in a very serious, dangerous time here in America with Agent Orange and his cronies, who are lying through their teeth and who every day kneel on bent knee before the altar of the almighty dollar,” said Lee.

“That’s all they care about. I think these guys would put their mother on the corner if it came to that. That’s how amoral I think they are.”

And Lee said the release of his film on the one-year anniversary of the deadly Charlottesville protests is no coincidence.

“There is a thing called American, home-grown terrorism,” said Lee.  “What we all witnessed in Charlottesville was an act of American terrorism. Heather Heyer should be alive today.”

Warning…Pet owners could be using animals to get pain medications