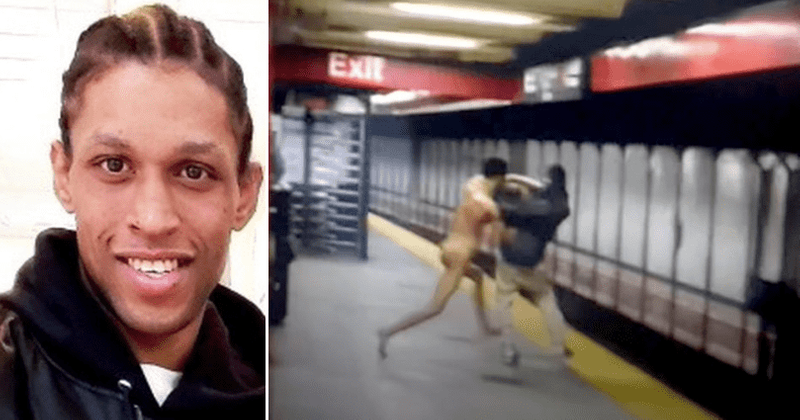 The mentally ill naked man electrocuted on the third rail of a Manhattan subway track stopped getting his regular mental health medications because of the coronavirus pandemic, his distraught mother told the Daily News.

Malik Jackson, 35, battled schizophrenia since he was 17, and would hear disturbing voices — but was a kind, caring soul when he took his prescribed medication, his mother, Ethel Trammell, told The News Sunday.

“He has a mental disability and that’s the issue. My son is not like that, but because he hasn’t had medication in a long time, that’s probably why he was acting like that,” she said. “My son would never hurt nobody.”Video captures moment naked man gets into fight on subway platform, falls on tracks.

Jackson lived at the Cambridge Hotel, a homeless shelter on W. 110th St., and would normally receive outpatient services and a periodic injection, she said.

But with COVID-19, “he just wasn’t going like he should,” his mother said. “He didn’t have nobody that really followed up with him.”

Before the pandemic, he would receive regular visits from a visiting nurse or mental health professionals to make sure he was keeping up with his medications, she said.

Jackson was completely naked when he appeared on the platform of the Central Park North/110th St. station and began gyrating and dancing next to random people.

He pushed a stranger onto the tracks as a train approached, then became enraged when a Good Samaritan, Tyler Horrell, jumped down onto the rails to try to help the shove victim.

Catch up on the day’s top five stories every weekday afternoon.

Jackson jumped down after Horrell, who struck the naked man while trying to defend himself and protect the victim, witnesses said. Jackson was knocked to the ground, and as he tried to get up, his shoulder hit the electrified third rail.

If he was taking his medication, his mother said, he’d be the kind of person who would try to help someone off the tracks.

“He was a good guy with a big heart, and the video, and what happened in that subway is not how my son is,” she said. “Without the medication, he just wasn’t stable. I feel really bad about the person, because that had to be really frightening for him too.”

Jackson and his mother last spoke Jan. 4. Trammell said she still hasn’t been officially notified about her son’s death. She said she found out after another son visited the shelter to bring Jackson food, and learned the tragic news.

“I still don’t understand how he got there with no clothes,” she said. “I’ve never seen my son like that, ever. My son was a good son.”