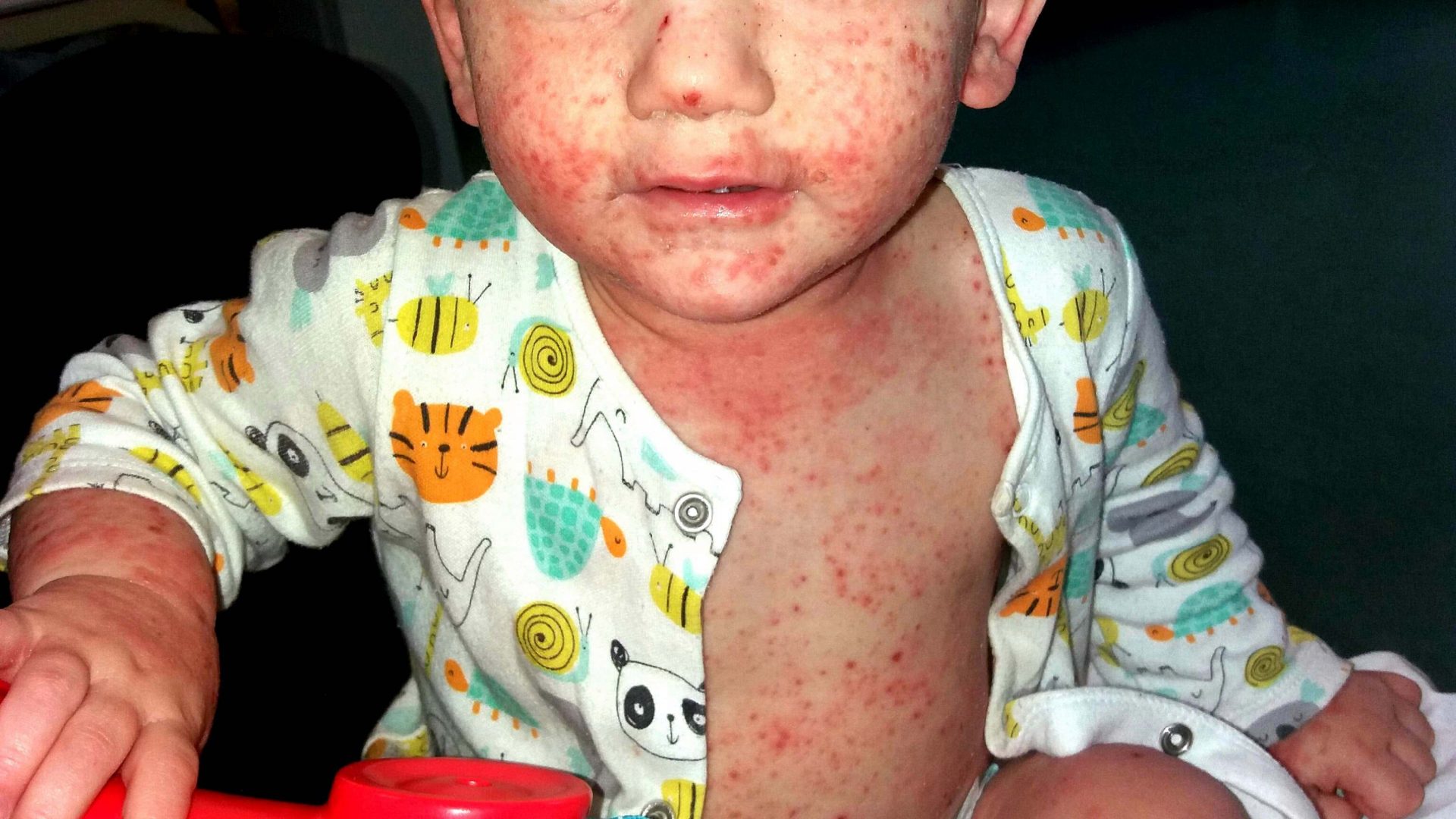 Her Baby Contracted Herpes From A Simple Kiss On The Cheek

A mom has issued a stark warning for people to not to kiss babies after her son developed life-threatening herpes from a seemingly harmless peck. Demi Boswell told how...
by Raquel Jayson February 20, 2020 194 Views

A mom has issued a stark warning for people to not to kiss babies after her son developed life-threatening herpes from a seemingly harmless peck.

Demi Boswell told how son Cohen, who will turn one later in the week, was raced to hospital on February 18 after falling critically ill with the virus which causes cold sores and can prove fatal to babies.

Within hours the youngster’s body was covered in a rash, caused by the highly contagious herpes simplex virus spreading.

He was pumped with drugs and is recovering, but sadly a third of babies who develop the virus do not survive.

In a Facebook post which has been shared hundreds of times Demi said: “People might not want to see these photos but I think it’s important I show them.

“Cohen got blue lighted to hospital with doctors already waiting to take him in.”

She added: “He’s got the herpes virus from people kissing and touching him who have cold sores.

“Don’t kiss or touch other people’s babies without washing your hands.”

Telling Fabulous Digital he was being discharged this evening, she admitted the past two days had been incredibly stressful.

“Even if you can’t see a cold sore it could be underlying so you have no idea you have one.

“I kiss my boy on the lips everyday all day but this has definitely opened my eyes now.”

The HSV-1, cold sore or herpes virus, can easily be passed onto babies and toddlers through something as simple as a kiss and can prove fatal.

Herpes is a common infection caused by the herpes simplex virus, which causes painful blisters on the mouth or on the genitals, which is passed on by sexual contact.

It is a chronic long-term condition, which can become active again.

There are two types of herpes – HSV 1 and HSV 2 – which enter the body through the moist skin of the mouth, penis, vagina and rectum.

Both types can cause cold sores on the mouth, genital herpes, whitlows (small abscesses) on the fingers and hands.

Herpes is especially dangerous for babies under six months old and newborn babies because their immune systems are still developing.

Neonatal herpes is a herpes infection in a newborn baby.

Sometimes neonatal herpes only affects a baby’s eyes, mouth or skin. If this is the case most babies will recover with antiviral treatment.

The condition is much more serious if it spreads to the baby’s organs – almost a third of babies with this type of neonatal herpes will die, even if they receive treatment.

Neonatal herpes is when a newborn or very young babyWhe is infected with the herpes virus.

It’s caused by the same strain of herpes that triggers cold sores and genital ulcers in adults.

It can be extremely serious for a young baby, whose immune system won’t have fully developed to fight off the virus.

While it’s rare, it’s important all parents are aware of the dangers.

Newborns can catch herpes in a number of ways.

It can be passed on during birth, if mum has genital herpes for the first time within six weeks of her pregnancy.

After birth, a baby can become infected if a person with a cold sore kisses them.

Or if mum breastfeeds with herpes sores on her breasts.

The warning signs to watch for in your baby are if they:

It’s important to get your baby checked over if you suspect they’ve caught or been exposed to herpes.

It can develop quickly and spread to their brain or other parts of the body, proving fatal.

A dad issued a heartbreaking warning to all new parents after his baby girl died of herpes at three weeks old.