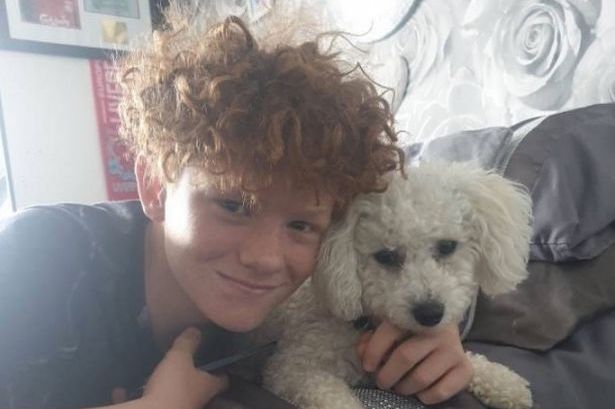 Tributes have been pouring in for a 12-year-old boy from England who suddenly died on Christmas Day. Cason Hallwood had woken up excited on Christmas morning with his three...
by Raquel Jayson December 29, 2020 252 Views

Tributes have been pouring in for a 12-year-old boy from England who suddenly died on Christmas Day.

Cason Hallwood had woken up excited on Christmas morning with his three brothers and his mother Louise at their home in Winsford, England according to Cheshire Live.

After spending the day with his family, he went out to the park to meet friends in the afternoon, the publication reported.

But Cason, who had asthma and a nut allergy, soon began to complain that he could not breathe, Cheshire Live reported.

Louise reportedly rushed to the park and gave her son a shot from his epinephrine auto-injector in an attempt to revive him but when this failed she called 999.

Cason was rushed to Leighton Hospital but died a short time later, according to the local news outlet.

In a GoFundMe page, Sam Decruz, a friend of the family, wrote that they had given him permission to launch the fundraiser in Cason’s memory.

Decruz wrote: “As a parent myself, I cannot comprehend the pain that Louise and her three other sons, Cowen, Corley and Caiden are feeling right now.

“It’s something no parent should ever have to go through on any day let alone Christmas day.”

Decruz added that Cason was “the life and soul” of his family’s life and kept his mum on her toes.

Since Boxing Day, the page has raised more than £11,000 to support Cason’s family.

The fundraiser read: “He was her baby of the bunch, so he always got away with murder. He made his mum laugh cry and most importantly he adored her. They were never far apart. Best friends.

“Cason was a handsome whirlwind, and no day was ever the same as the next with him.”