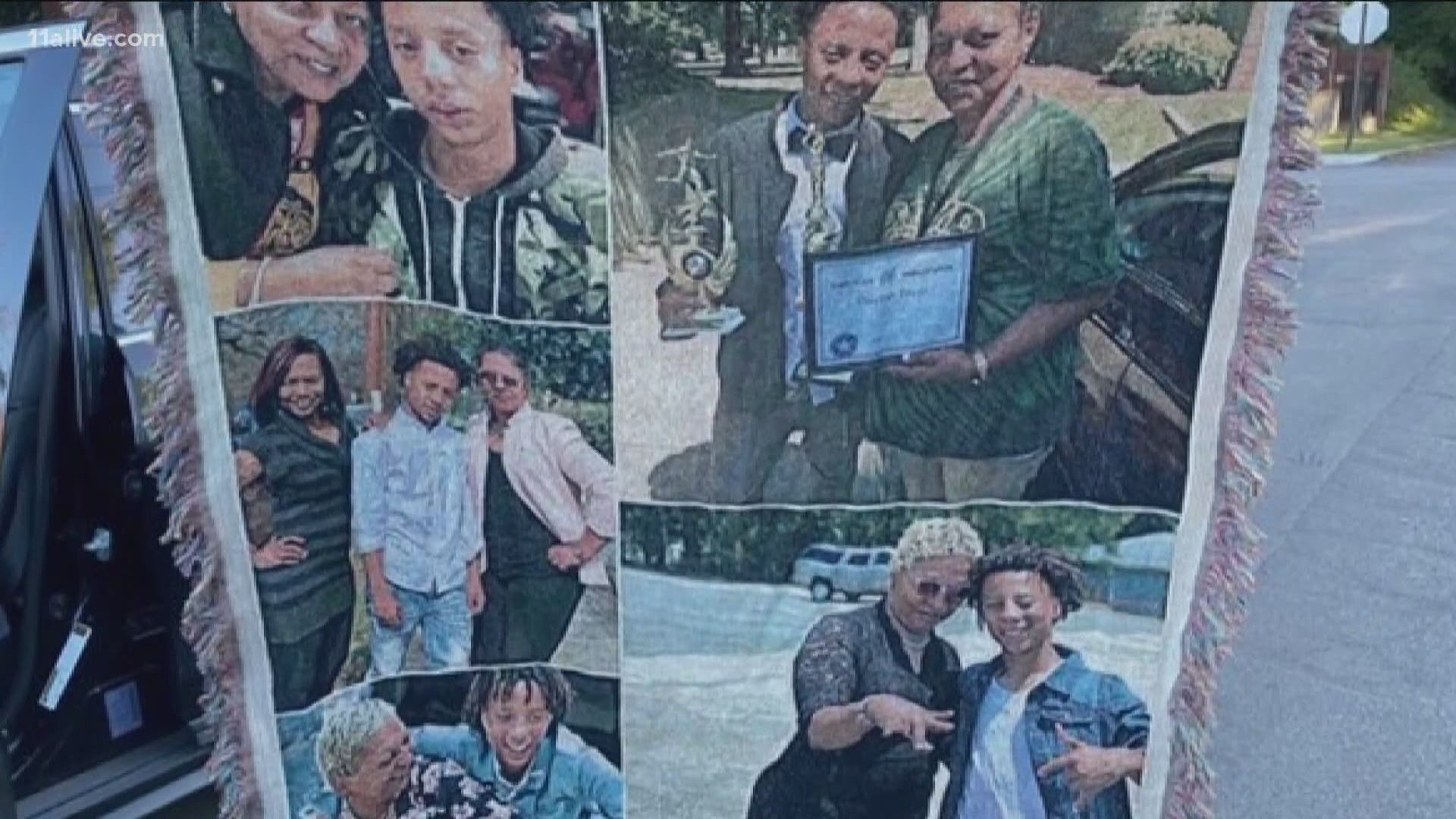 The family of a 17-year-old who was shot and killed by a Cobb County police officer last summer plans to sue the county and its police department for $50 million.

Vincent Truitt’s family, which has been trying for months to get the department and the district attorney’s office to release the officer’s body camera footage, announced their intent to file the wrongful death lawsuit at a news conference Friday morning.

Speaking at the Cobb courthouse, attorneys Jackie Patterson and Gerald Griggs implored county officials to make the video public. They also called for the DA’s office to bring murder charges against the officer who shot Truitt.

“We’re no longer waiting. It’s time for us to use the legal tools that we have to force transparency and justice,” said Griggs, who hopes the footage will be made public during discovery if the lawsuit goes to trial.

Truitt was shot twice in the back July 13 after exiting a stolen car following a chase on Riverside Parkway near Austell, The Atlanta Journal-Constitution previously reported. He was one of three teens inside the vehicle that was spotted by police about 11:20 p.m.

He later died at Grady Memorial Hospital, one day before his mother’s birthday.

Wearing a hat that said “Justice for Vincent” and a T-shirt emblazoned with her son’s last words, “Why did you shoot me?” Venethia Cook-Lewis fought back tears as she described the loss of her first child.

She said the Kipp Ways student was active at church, participated in Atlanta’s Police Athletic League since age 8 and had his own clothing line. He had recently gotten his driver’s license and was saving to buy his first car, his mother said, calling him “my real first joy.”

“We lived and grew and learned a lot together,” Cook-Lewis said, adding that her son’s death has devastated their entire family, especially his 9-year-old brother. “I went from helping him make shirts for sale to selling shirts with his face on them. My happiness has been ripped away.”

In a statement released months after the fatal shooting, Cobb police said Truitt was armed with a handgun as he got out of the car following the chase.

“An officer running toward him observed the weapon and responded by drawing his issued weapon and firing two shots, striking Mr. Truitt both times,” the statement read. Cobb police have not released the name of the officer who shot the teen, but confirmed Friday they are still employed by the department.

In the months since Truitt’s death, the teen’s family has met with Cobb’s top prosecutors twice — once in November with former DA Joyette Holmes and again earlier this month with current DA Flynn Broady.

They were allowed to watch the footage during their meeting last fall and were hopeful the new district attorney would provide them with a copy of the recording after taking office so they could make it public.

“That’s what we thought the meeting was for,” Griggs said. “He said that he wanted to be fair in the process and present it to a grand jury, but that’s not what he told us before his election. We’re not sure why there was a change in his posture but we’re going to have to move forward with a lawsuit to get to the bottom of why things are taking so long and why the family of Vincent Truitt has not received justice.”

The AJC has not seen the video, but Truitt’s family and their attorneys said it’s clear the teen is running away from the officer when he was shot from behind. They also claim the officer never gave any verbal commands before opening fire. A gun was discovered near the teen’s body, according to an ante litem notice mailed to county officials last week, but the attorneys say there is no evidence Truitt ever pointed the weapon at officers.

“This is a case where it’s clearly not just excessive force,” Patterson told reporters Friday. “This was a murder. This was the murder of an innocent young man that was literally running away from police.”

A spokeswoman for the DA’s office said Broady has no plans to release the body camera footage before the police shooting is brought before a grand jury.

“As of right now it is an active case, and we don’t release evidence in active cases,” Kim Isaza said Thursday.

She said all officer-involved shootings in Cobb are brought before a grand jury, though no timeline was given for when this case could be presented.

In a statement released Friday afternoon, Cobb Commission Chairwoman Lisa Cupid called the case tragic and said she sympathizes with the family’s frustration. “I support our District Attorney’s efforts to move this case forward as the family and the public deserve answers after such a long period of time,” she said.