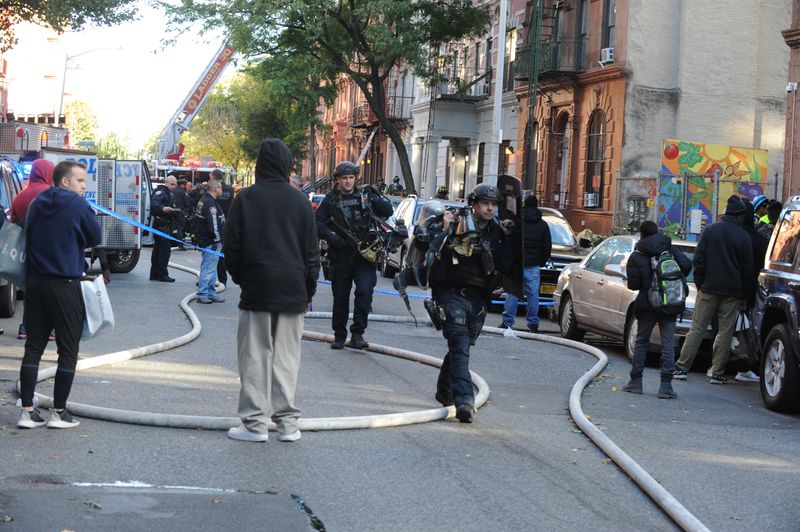 WHAT TO KNOW A Harlem building superintendent and his wife were shot and killed by a tenant who set fire to his apartment and turned the gun on himself...
by Zach Freeman October 19, 2019 282 Views

A Harlem building superintendent and his wife were shot and killed by a tenant who had been feuding with them, before the suspect set fire to his apartment and turned the gun on himself, neighbors and police say.

Police responded to a call about gunshots at 26 West 131st Street between Lenox Avenue and Fifth Avenue just before 3 p.m., NYPD Deputy Chief Martine Materasso said. When police arrived, they discovered a 78-year-old man on the first floor with a gunshot to his head.

Officers then heard a man yelling from a nearby apartment to “come and get it” as he barricaded himself inside. Shortly after, smoke was seen coming from the apartment, Materasso said.

Backup in the form of Emergency Service Unit officers arrived and eventually forced their way inside, where they found a 59-year-old man with what appeared to be a self-inflicted gunshot wound to his head, according to Materasso. Two firearms were recovered from inside the suspect’s apartment.

Three Dead After Shooting and Fire in Harlem

According to law enforcement sources, the incident started as a dispute between tenants in the building that has been ongoing for months. NBC New York’s Myles Miller reports.(Published 4 hours ago)

As firefighters put out the flames and searched the building, members of the FDNY found a 62-year-old woman on the second floor, also with a gunshot wound to the head, officials said.

There were some members of the FDNY and NYPD taken to the hospital for smoke inhalation.

Neighbors told NBC New York the two victims found in the hallways were the building super and his wife, saying the husband was a fixture in the neighborhood who was “always smiling, he was friendly, sweet, kind.”

The man found in the apartment was a tenant who had been in a months-long dispute with the couple, according to sources — a feud which allegedly came to a tragic, violent and bloody end on a usually quiet block.

An investigation is ongoing.