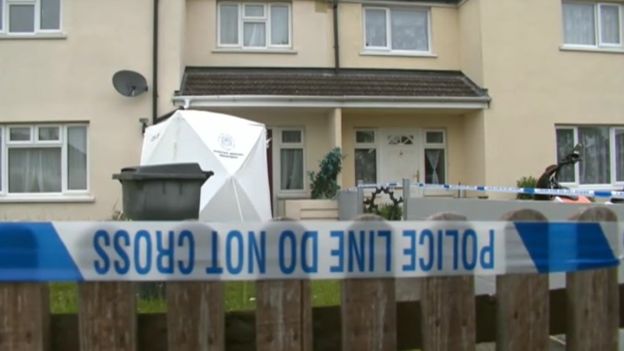 A jealous husband ordered his estranged wife to swallow her wedding ring hours before murdering her, a court heard.

Shaun Dyson killed Lucy-Anne Rushton by repeatedly stamping or jumping on her at her home in Andover, Hampshire, in June, jurors were told.

He allegedly inflicted the “prolonged beating” hours after telling her to swallow her wedding ring when one of her former partners phoned her.

The 28-year-old admits Ms Rushton’s manslaughter but denies her murder.

Simon Jones, prosecuting, told Winchester Crown Court that the pair, who married in Gretna Green in 2014, had a “toxic” and “volatile” relationship.

Her mother had seen her being beaten on a Facetime video and a friend saw Ms Rushton, 30, being strangled to the point of unconsciousness, Mr Jones said.

The jury was also shown CCTV of an incident in a hotel in September 2018, which Mr Jones said showed the defendant kicking, punching and spitting at his wife in a corridor.

However, she denied she had been assaulted when police arrived 15 minutes later, the prosecutor said.

Mr Jones said police were never aware of the couple’s violent history, which was disclosed by friends and family after her death.

She told friends she believed he planned to kill her and thought he had prepared a bag for the purpose with clothes and weapons, Mr Jones said.

Mr Dyson was enraged when his estranged wife received a phone call late on 22 June from an ex-partner, the jury was told.

A child in the house in Suffolk Road later heard the defendant tell Ms Rushton to “swallow the ring because we’re not together any more”, the prosecutor said.

The child said Ms Rushton had put the ring in her mouth but had not swallowed it because they had seen it on the stairs later, where it was found.

“Whatever the history, there was no justification for raining blow after blow, kick after kick, stamp after stamp,” Mr Jones said.

The jury heard Mr Dyson made a “strikingly calm” 999 call at 05:17 and was asked by an ambulance call handler whether he was performing CPR.

Mr Dyson then disappeared and messaged police, family and friends over a period of 10 hours, telling them that his wife had drowned when he threw water over her to wake her up, Mr Jones said.

He also said he feared he would go to jail because she had marks on her neck, which he explained were from rough sex, the prosecutor added.

Police later realised that Mr Dyson was still in the house and found him hiding under a duvet in a bedroom cupboard, the jury was told.

The defendant had minor injuries to his ear and forearms, Mr Jones added.

Looks Like Damon Dash Didn’t Pay The Child Support But He And Rachel Roy Are Making Lee Daniels Pay It!