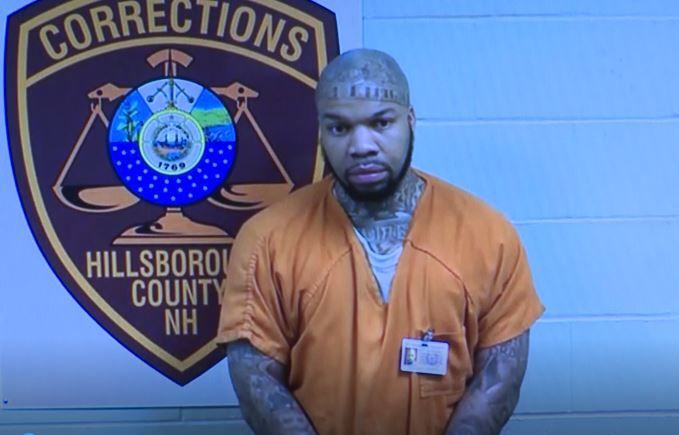 A pastor who was shot last year during a wedding in New Hampshire is speaking out. Two people, including Bishop Stanley Choate, 75, were shot at the New England...
by Zach Freeman November 19, 2020 209 Views

A pastor who was shot last year during a wedding in New Hampshire is speaking out.

Two people, including Bishop Stanley Choate, 75, were shot at the New England Pentecostal Ministries in October in Pelham, New Hampshire. A bride, who was also shot, suffered minor injuries.

Choate was more seriously wounded. He was rushed to the hospital with multiple gunshot wounds.

In a message posted on Facebook overnight, Choate said he is anxious to get home.

“I am doing well. I can’t wait to get home. I want to take this time to tell you to keep your faith, keep focused and keep praying, and things will be alright,” Choate said.

Dale Holloway has been charged in the shooting. Police believe the shooting was related to the killing of the suspect’s stepfather earlier that month in Londonderry. His funeral was slated for later that day in the same church.

Holloway is due back in court on Wednesday on charges that he assaulted his own lawyer.

A man accused of shooting a New Hampshire church pastor and bride during a wedding and later attacking his own lawyer wants to represent himself, saying he and his current attorneys had an “irretrievable breakdown.”

Dale Holloway faces charges of attempted murder, first- and second-degree assault and being a convicted felon with a firearm stemming from the Oct. 12 shootings at a Pelham church. He’s pleaded not guilty. He was later charged with first-degree assault, accused of striking his public defender in the face and head, causing him to suffer a hemorrhage. The two were meeting in a jail interview room in Manchester on Oct. 21.

Holloway, 37, denied assaulting the lawyer, Michael Davidow, and said he got an officer’s attention after noticing the attorney had a nosebleed. Holloway was then represented by Donna Brown and Brian Lee.

In a handwritten motion dated May 28 and made public Thursday, Holloway asked a judge for a hearing on his request to represent himself. He wrote that he and his attorneys “have (most recently) had an irretrievable breakdown.” He didn’t elaborate.

Separately, Holloway asked that the Pelham case, which has been delayed by the coronavirus pandemic, go forward. In early March, before New Hampshire went under a state of emergency, Holloway had agreed in court paperwork to waive a speedy trial through December. The Pelham trial would be handled before the assault case.

She Found Her Aunt Unresponsive And It Was COVID19