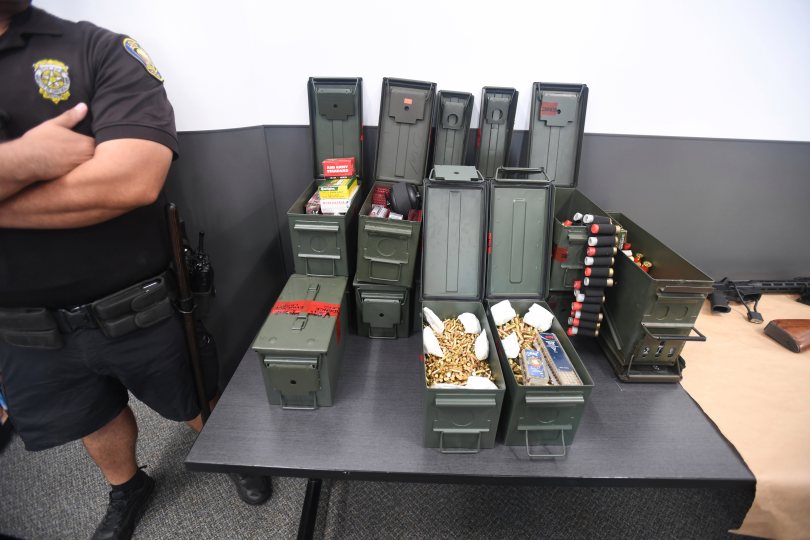 Long Beach police announced the arrest of 37-year-old Rodolfo Montoya for making threats of violence against his workplace, the Marriott Long Beach near the airport in Long Beach on...
by Raquel Jayson August 21, 2019 448 Views

Police arrested a Huntington Beach man on suspicion of threatening to carry out a mass shooting in which he planned to target fellow employees and customers at a Marriott Hotel in Long Beach where he works, authorities said Wednesday, Aug 21.

Rodolfo Montoya, 37, who works as a cook at the hotel, was taken into custody after another employee alerted authorities about the alleged threat, police said.

Montoya was arrested Tuesday at his home, where Long Beach police found high-powered firearms including an illegal assault rifle, high-capacity magazines, hundreds of rounds of ammunition and tactical gear.

“Montoya had clear plans, intent and the means to carry out an act of violence that may have resulted in a mass casualty incident,” Police Chief Robert Luna said at a press conference Wednesday afternoon.

Long Beach mayor Robert Garcia speaks to the media after police announced the arrest of 37-year-old Rodolfo Montoya for making threats of violence against his workplace, the Marriott Long Beach near the airport in Long Beach on Wednesday, August 21, 2019. Police searched the suspects home and seized multiple weapons along with hundreds of rounds of ammunition and tactical gear. (Photo by Brittany Murray,Press-Telegram/SCNG)

He was booked on manufacturing and distributing assault weapons, possession of an assault weapon and making criminal threats, according to arrest records.

It wasn’t immediately known whether he has an attorney.

A representative of the Marriott, which is close to the Long Beach Airport, near Lakewood Boulevard and Spring Street, confirmed the threat was against that hotel. One of their employees told management about the alleged threat, and hotel staff then called police.

“I am just here to thank Long Beach Police Chief Luna and his team,” said Imran Ahmed, the hotel’s general manager. “The way they got ahead of this story, that is the reason we are here today.”

Luna said Montoya was upset about a human resources-related issue, and allegedly told an employee he planned to “shoot up” employees and customers. Luna declined to elaborate on what upset the suspect.

“There’s still a lot of people we have to interview,” he said. “We’re still in the middle of the investigation.”

He was arrested at around 3 p.m. Tuesday at his Huntington Beach home, near Beach Boulevard and Slater Avenue. On Wednesday, he was being held in the Long Beach City Jail on $500,000 bail, Los Angeles Sheriff Department inmate records show.

Luna said detectives are investigating how Montoya obtained the assault rifle and high-capacity magazines, which are illegal in California. In their preliminary investigation, he said, Montoya did not have a criminal history that would’ve prevented him from having legal firearms.

It’s unknown if Montoya had a date planned for his attack on the hotel, but police acted quickly because they believed he had the ability to carry out violence, he said.

I’m here at the Long Beach Police Department where officials are about to start a press conference about a man they arrested yesterday for allegedly making violent threats against a Long Beach hotel. 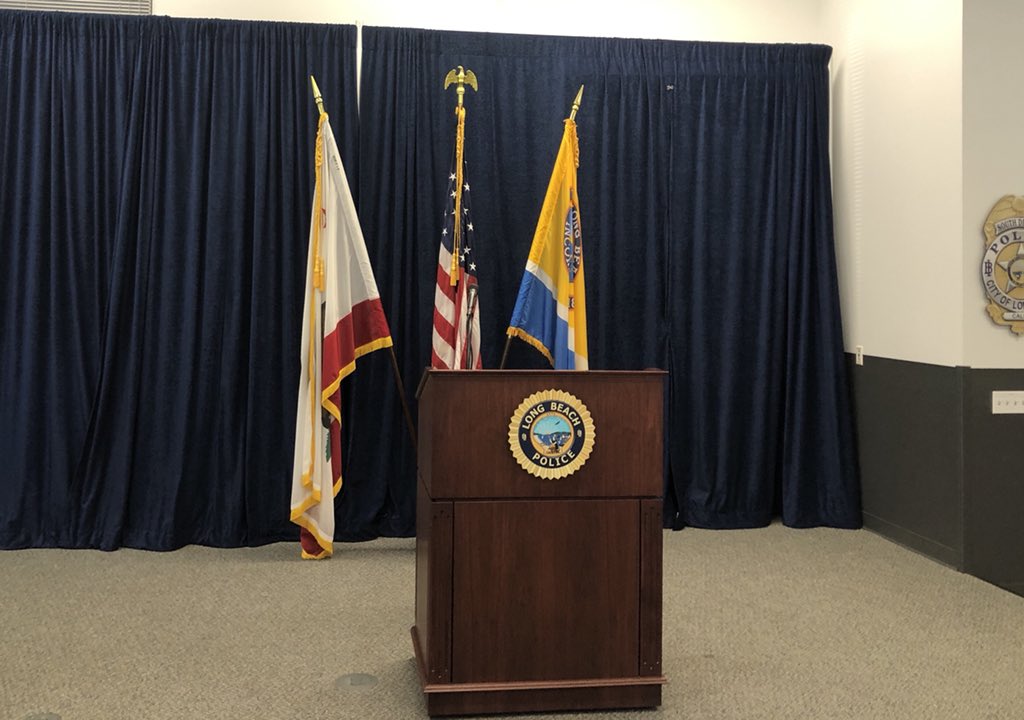 In light of recent mass shootings, Luna said that this incident highlights the need for people to come forward with information about threats. The chief said he believes “many lives were saved” because the hotel worker reported what he heard.

“Whether it is a threat to a school, a workplace or a public gathering,” Luna said. “It is absolutely imperative that our partners in the community contact the police department so we can fully investigate any and all threats and hopefully prevent a tragedy from occurring.”

“We are certainly living in dangerous times in our country and our community,” he said. “Incidents where folks that should not have access to weapons, and certainly illegal weapons, are facing our police departments across the country.”

This is the third time this year in which law enforcement has arrested someone for making significant threats of violence in Long Beach.

About two weeks ago, Long Beach police arrested a man on suspicion of making an online threat of violence targeting a Bernie Sanders campaign rally at Long Beach City College on Aug. 6. The suspect, 27-year-old Jose Guzman of Huntington Park, was booked for criminal threats and threatening a public officer.

The alleged hotel threat also comes a few months after the FBI arrested a U.S. Army veteran who allegedly planned to bomb a pair of rallies in Long Beach and Huntington Beach in April. Authorities arrested 26-year-old Mark Domingo, of Reseda, at Long Beach’s Bluff Park after receiving what he thought was a bomb, but was actually an inert device supplied to him by an undercover law enforcement officer.