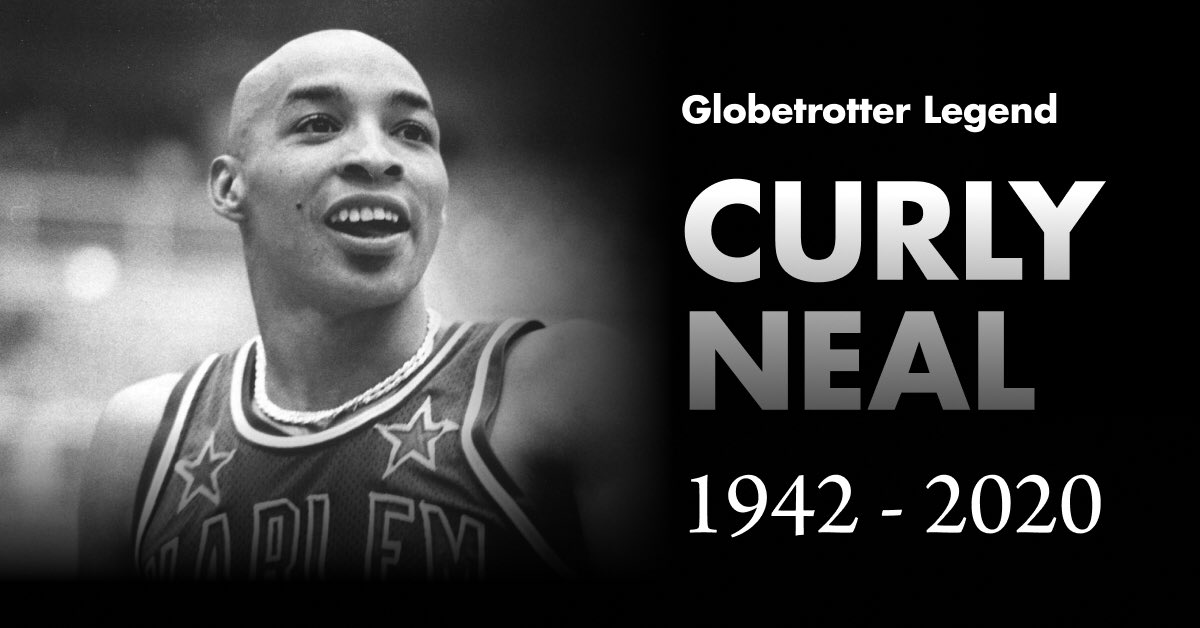 Fred “Curly” Neal, the legendary Harlem Globetrotter ball-handler and guy draining logo shots before it became an NBA trend, has passed away at the age of 77, the team...
by Zach Freeman March 26, 2020 343 Views

Fred “Curly” Neal, the legendary Harlem Globetrotter ball-handler and guy draining logo shots before it became an NBA trend, has passed away at the age of 77, the team has confirmed.

Fred “Curly” Neal – the Harlem Globetrotters icon known worldwide for his trademark shaved head and charismatic smile – passed away this morning in his home outside of Houston at the age of 77.

Neal had been battling the effects of a stroke in recent years.

Neal had his jersey retired by the Globetrotters back in 2008, and it hangs in the rafters at Madison Square Garden. (The other four Globetrotters with their numbers retired are Wilt Chamberlain, Marques Haynes, Meadowlark Lemon, and Goose Tatum.)

In the 1970s and ’80s, the Globetrotters — led by Lemon, Neal, and Tatum — were huge draws, both in arenas around the nation and on television. It’s difficult to overstate how popular they were. When I was in third or fourth grade, my youth basketball team went and saw them at a sold-out Forum in Los Angeles, the same building the Showtime Lakers were filling.

For those who say the game has evolved? I say what’s old is new again! Distance Shot making and dribbling is back!! #CurlyNeal and #MarcusHaynes taught me how to dribble #Globetrotters https://twitter.com/ballislife/status/1243250676987281411 …Ballislife.com✔@BallislifeRIP Curly Neal!
The basketball legend played 22 seasons (over 6,000 games) with the Harlem Globetrotters! @Globies 29912:05 PM – Mar 26, 2020Twitter Ads info and privacy58 people are talking about this

In the 70s, Curly Neal and the Harlem Globetrotters were goddamn basketball superheroes. 2,3988:19 AM – Feb 9, 2020Twitter Ads info and privacy360 people are talking about this

Neal played for the Globetrotters from 1963 to 1985, competing in more than 6,000 games in 97 different countries. At that peak of popularity, the Globetrotters often appeared television shows and even had their own Saturday morning cartoon series (plus “guested” with Scooby-Doo and others).

“We have lost one of the most genuine human beings the world has ever known,” current Globetrotters GM Jeff Munn said in a released statement. “Curly’s basketball skill was unrivaled by most, and his warm heart and huge smile brought joy to families worldwide. He always made time for his many fans and inspired millions.”

Our thoughts are with the Neal family and his friends.

Pastor Steps Down From Pulpit After Testing Positive For Coronavirus

USA now has the most coronavirus cases in the WORLD with 83,553 infections – more than China or Italy