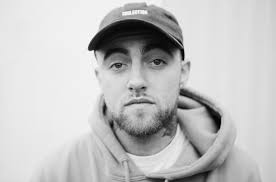 A sad day. Mac Miller’s family is grieving his death even more so on Saturday, January 19, which would have been his 27th birthday, a source tells Us Weeklyexclusively. “Malcolm’s family wishes that...
by Joy Smith January 19, 2019 971 Views

A sad day. Mac Miller’s family is grieving his death even more so on Saturday, January 19, which would have been his 27th birthday, a source tells Us Weeklyexclusively.

“Malcolm’s family wishes that he could be at home celebrating his birthday with them and being the center of attention like he always was, but they know he is still there in spirit with his big ousmagazinel’ smile,” the insider says. “It’s going to be a hard day for the family.”

The late rapper’s loved ones are depending on each other during this difficult time. “They miss Malcolm more than words can describe, but they are grieving together and surrounding one another with love,” the source adds. “It’s all they can do.”

Miller died at age 26 in September 2018. His cause of death was determined to be mixed drug toxicity. An autopsy confirmed in November 2018 that the Grammy nominee had fentanyl, cocaine and alcohol in his system.

“To say the family is shocked and sad would be an understatement,” a source told Us in September. “They’ll be OK, but the grief they are feeling right now is unimaginable. They’re leaning on one another to cope with this devastating and unexpected loss. The family is very appreciative for all of the love and support they’ve received.”

Miller’s relatives remembered him as “a bright light in this world for his family, friends and fans” in a statement released after his death
The “Self Care” rapper’s ex-girlfriend Ariana GrandeOpens a New Window. — the pair split in May 2018 — has paid tribute to him many times via social media. The “7 Rings” singer, 25, clapped back at a Twitter troll who accused her of “milkin” Miller’s death in November. She replied at the time: “I pray you never have to deal with anything like this ever and i’m sending you peace and love.”

If you or someone you know is struggling with substance abuse, contact theSubstance Abuse and Mental Health Services Administration (SAMHSA) National HelplineOpens a New Window. at 1-800-662-HELP (4357).

Rosanne Barr says her on TV husband should’ve fought harder for her to stay!