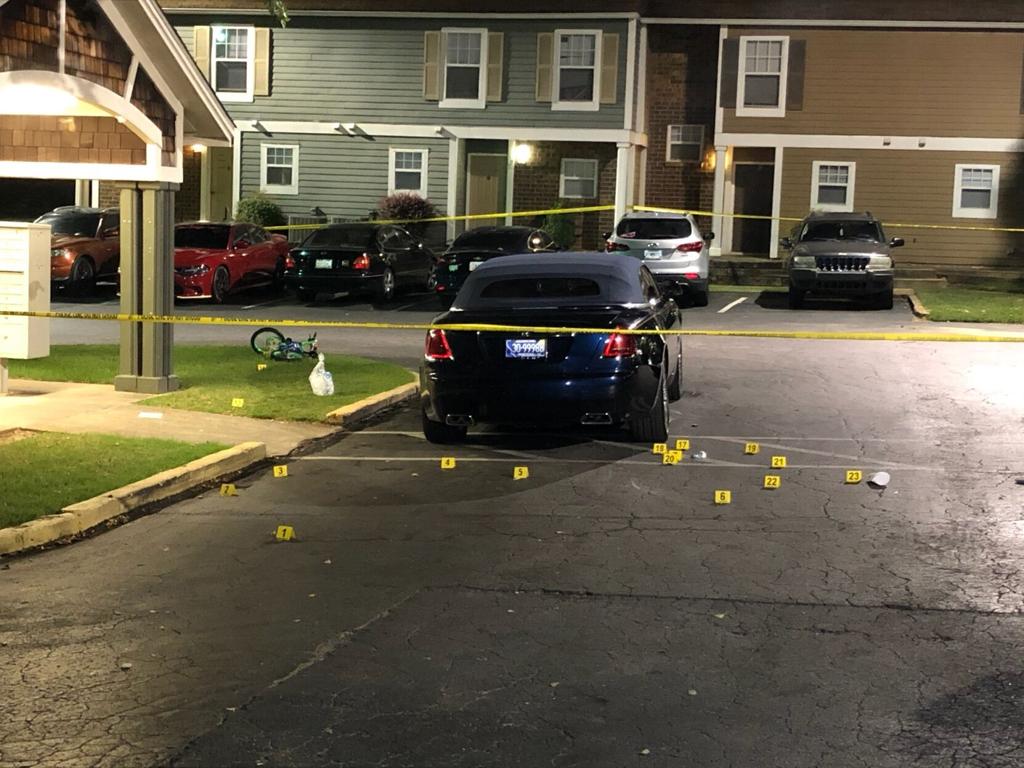 Atlanta police rushed to the 600 block of Martin Street around 11:15 p.m., after nearly two dozen shots were fired. Police reported a bullet grazed a 15-year-old in the thumb; that individual was taken to Children’s Healthcare of Atlanta Hughes Spalding.

A music video shoot, involving @YFNLUCCI, was interrupted by a flurry of gunfire Wednesday night.

Nearly 2 dozen shots were fired, striking a 15-year-old in the hand and Lucci’s Bentley.@Atlanta_Police are now searching for the gunmen.@GoodDayAtlanta pic.twitter.com/X1d9lIp2da

Lucci’s Bentley was also caught in the mix; cameras captured the damaged car being towed away early Thursday.

The 29-year-old is legally identified as Rayshawn Lamar Bennett. He shared an Instagram story in what appeared to be shortly after the incident, but it was unrelated.

Investigators pieced through the crime scene, including 21 shell casings. They’re working to determine what led up to the shooting and who fired the shots. Witnesses say there were three shooters, but it remains unclear what role the music production crew played in the incident — if any role at all — aside from getting caught in the crossfire.