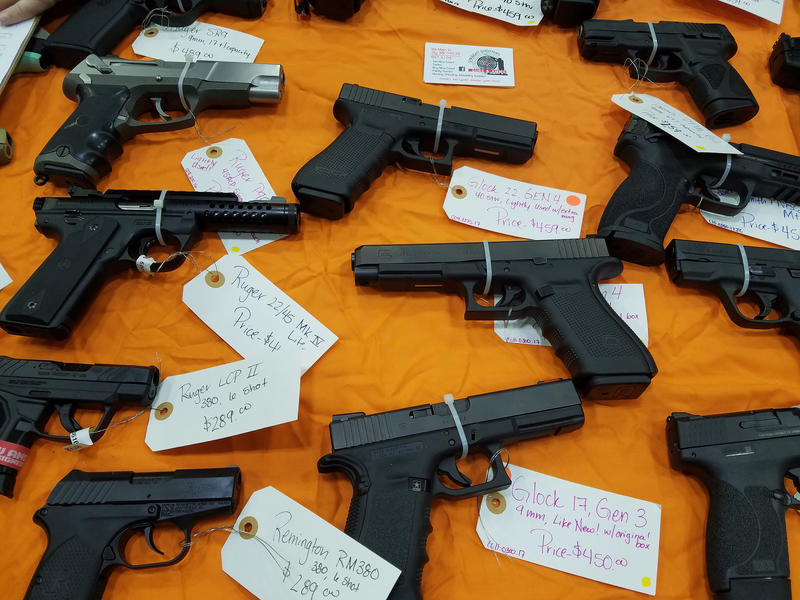 Gun enthusiasts descend on Dallas for NRA meeting, setting the stage for protests 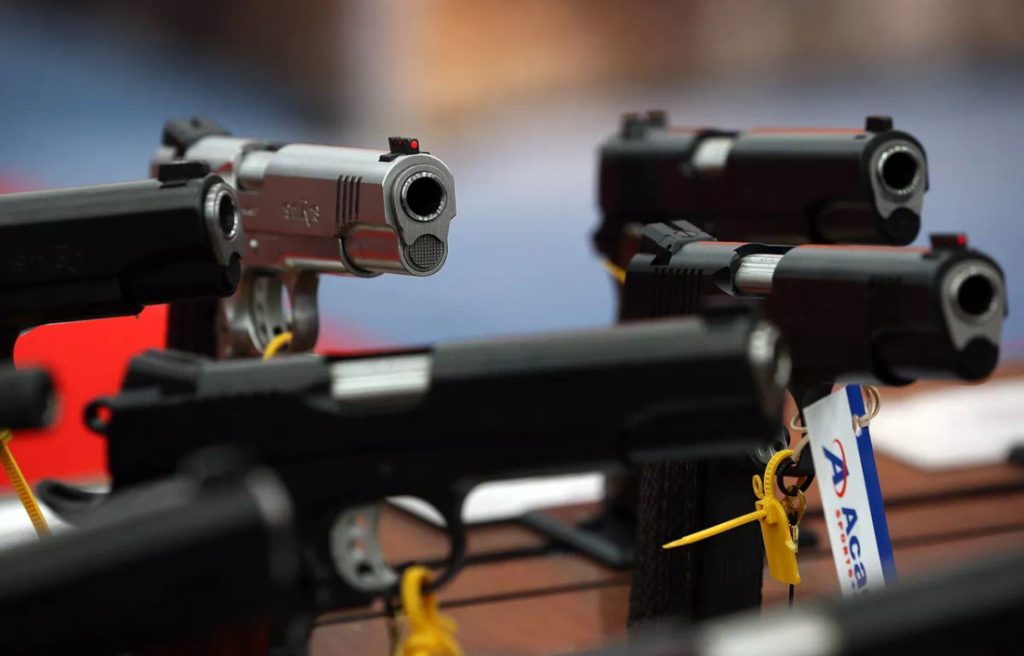 Dallas will become the epicenter of the national gun-control debate this weekend when the National Rifle Association, a powerful lobby on behalf of firearm makers, holds its annual meeting there.

The meetings are also expected to draw a raft of rallies calling for stricter gun control and at least one “Die-In,” where protesters will carry “tombstone-themed protest signs” and pictures of gun violence victims to the convention center to denounce gun deaths in the USA.

NRA meetings have been held in Texas before. But this year’s gathering comes in the wake of the Las Vegas concert shooting last year, the deadliest in U.S. history; the deadly shooting at a church in Sutherland Springs, Texas; and the Parkland, Fla., school shooting that sparked nationwide protests.

“Our wounds are open,” Dallas Mayor Mike Rawlings said. “We’re a little sore right now. Having a big debate about guns when we have lost so many officers concerns us.”

He added: “They weren’t knifed or wrestled to the ground and beat up. They were shot with guns. That creates a pall over the city.”

Texas is largely a red state where guns are extremely popular: There are more than 300,000 NRA members in the state, according to the Texas State Rifle Association. But Dallas, like other large Texas metropolitan areas, is strongly blue and open to debates on stricter gun control. Local officials said they hope a constructive dialogue emerges from the meetings and protests.

Dallas County Judge Clay Jenkins, the county’s top administrator, was scheduled to meet with student leaders on Thursday to hear their concerns on gun violence. He said he hopes activists on both sides of the debate this weekend find ways to talk to one another and come up with solutions.

“It’s an opportunity for us maybe to put down our philosophical arguments and really listen to what’s happening,” Jenkins said. “We may not agree what the fix is, but we could agree a fix is needed.”

The NRA bills the annual event as “the nation’s premier Second Amendment celebration.” More than 800 exhibitors show off firearms, ammunition and outdoor and hunting gear, and there are country-music performances and youth-oriented activities.

NRA spokesman Jason Brown said the group has been aware of the planned demonstrations and is taking security precautions. “NRA’s security team has worked closely with local law enforcement to ensure the safety and security of all our members, exhibitors, visitors and staff throughout the event, and do not expect any issues to occur,” he said.

Alice Tripp, legislative director of the Texas State Rifle Association, said the annual meetings are like vacations for gun enthusiasts, who fly in from all over the country to attend. “It’s bigger than the Republican convention,” she said. “It’s bigger than anything I can think of.”

Visitors will be allowed to carry guns into most of the events but not during Trump’s or Pence’s speeches, a move ordered by the Secret Service and derided by gun-control activists.

“According to the NRA, we should want everyone to have weapons when we are in public,” tweeted Fred Guttenberg, whose daughter Jaime was killed at the Parkland shooting and who is scheduled to speak at a Dallas rally on Saturday. “But when they put on a convention, the weapons are a concern? I thought giving everyone a gun was to enhance safety. Am I missing something?”

Making its debut outside the meetings will be the newly formed NoRA – or “No Rifle Association” – a coalition of celebrities, activists and policy experts aimed at exposing the NRA’s influence in government. Actor Alyssa Milano said she got the idea to form the group the day after the Parkland shooting and quickly got others to join, including Alec Baldwin, Amy Schumer, Jimmy Kimmel and Parkland survivor David Hogg.

Milano will be speaking at a rally on Saturday in Dallas’ Belo Garden Park. “We should live in a country where people are safe from gun violence,” she said. “We all support the Second Amendment, but we also believe in common sense solutions.”

Gun-control activist Khary Penebaker will also speak at the rally. He said the NRA meetings are an ideal place to shine a light on the 96 gun deaths a day, on average, not just high-profile shootings.

“We can reduce this, we can save people’s lives and we can respect the Second Amendment,” said Penebaker, whose mother committed suicide with a gunshot in 1979. “But we can’t just show up once in a while. We have to be talking about this constantly.”