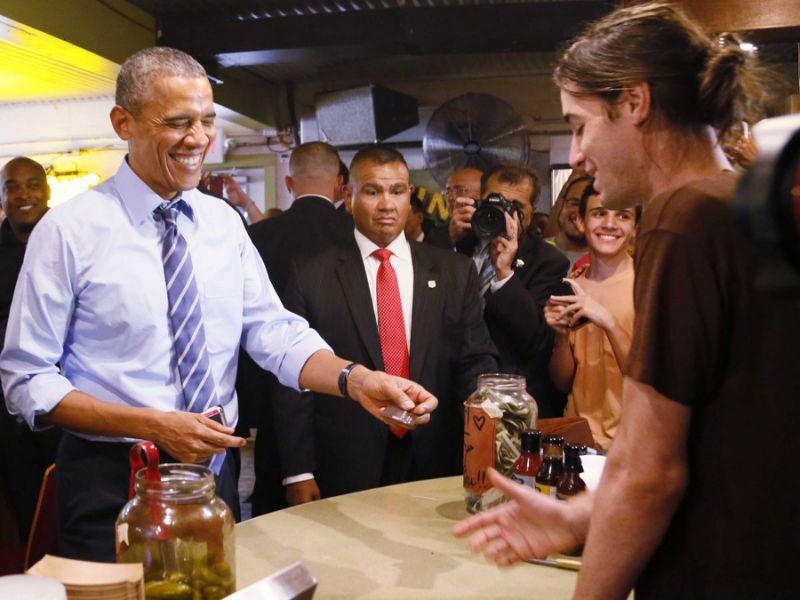 Guess who the Obama inner circle wants for 2020 Presidency!

If there’s one other person the Obama inner circle wants to run for the presidency besides former Vice-President Joe Biden, it appears to be former Massachusetts Governor Deval Patrick,...
by Zach Freeman August 1, 2017 1060 Views 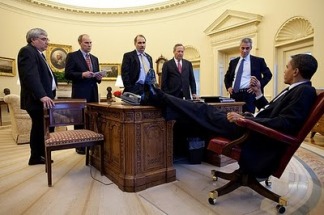 If there’s one other person the Obama inner circle wants to run for the presidency besides former Vice-President Joe Biden, it appears to be former Massachusetts Governor Deval Patrick, according to Politico.

Obama strategist David Axelrod has been broaching the idea with Patrick; Obama Svengali Valerie Jarrett said a President Patrick is what “my heart desires.”

David Simas, Obama’s political director in the White House and now the CEO of his foundation, was Patrick’s deputy chief of staff.

Most of all, according to Politico, ” Obama … has privately encouraged him to think about it.” Politico notes, “Patrick is the only politician on the Obama Foundation board.”

A former senior White House aide said, “If you were to poll 100 notable Obama alumni, the only two people who would win that 2020 straw poll right now are [Joe] Biden and Patrick.” Another former top Obama White House official echoed, “the center of gravity would really shift in his direction in Obama world if he were to decide to run.”

John Walsh, his 2006 campaign manager and close adviser, cautioned, “At a time like this, you hope there are people who have some of Deval Patrick’s motivations and skills that are thinking about public service, but from my interactions with him, elected office is not his career.”

Patrick played cagey with Politico, saying, “I’m trying to think about how to be helpful, because I care about the country, and I’m a patriot first. It’s way, way too soon to be making plans for 2020. So I’ll just leave it at that … don’t lead me down that path because it turns into something it isn’t, and I don’t want to go there. I have no plans to make plans.”

But Patrick wasn’t shy about slamming President Trump, asserting, “The president, I believe, is at risk of diminishing the voice of the presidency because he pops off so often, and so, kind of, carelessly. I think there is a risk both domestically, and internationally for that matter, that we’ll begin to tune him out.”

Patrick has been piling up money working as a managing director at Bain Capital, the same company Democrats vilified when they attacked Mitt Romney. After graduating from Harvard Law School in 1982, he failed the State Bar of California twice before he passed on his third try.

In 1994; Bill Clinton appointed him as the United States assistant attorney general for the civil rights division of the DOJ. He later worked as General Counsel of Texaco, then Executive Vice-President, General Counsel and Secretary at the Coca-Cola Company.

Jarrett concluded, “He has the ability to touch people’s hearts as well as their minds. I think our country is ready for that now – let alone in three years.”

Despite his protestations regarding running, Patrick asserted:

I think we can’t be just about what we’re against. We have to be about what we’re for. I think offering an alternative vision for the future of this country, and the role of government alongside the private sector, alongside philanthropy, alongside individuals exercising their free creativity, is enormously important. We can do that as a party. We have done it in the past, and we can do it again. I think we have to, to win.”

The FDA said it will consider an exemption for what it calls premium cigars, and will consider a delay in implementing new rules for reduced-risk offerings like e-cigarettes. “We’ve longed believed the FDA would ultimately take a more comprehensive approach toward regulating nicotine was a natural next step,” Wells Fargo analyst Bonnie Herzog said in a note to clients. “Overall, while the market is viewing today’s announcement as a ‘negative’ for cigarette manufacturers, we believe this could prove to be an opportunity over the long term for reduced risk products and, therefore, a positive for Altria/PM as they have a unique competitive advantage…” One concern remains that though the FDA seeks a balanced approach to avoid “unintended consequences,” such as activity in the black market, this might not pan out as anticipated, Herzog said. It also increases the risk that a federally-mandated ban on menthol cigarettes would be implemented, she added.

Woman who left toddler to die in desert gets 20 years in prison!!!