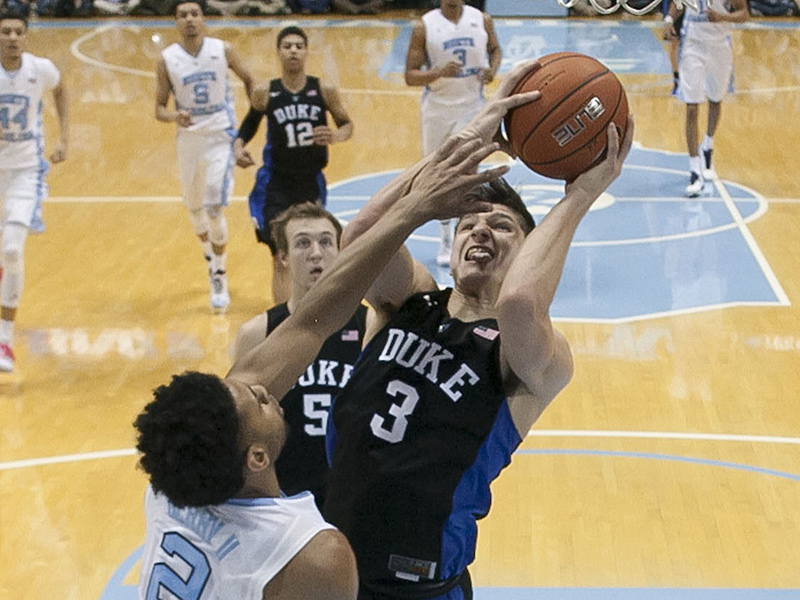 CHICAGO — It was billed as a rare No. 1 vs. No. 2 matchup that would, among other things, provide college basketball fans with an opportunity to see Marvin Bagley...
by Zach Freeman November 14, 2017 522 Views 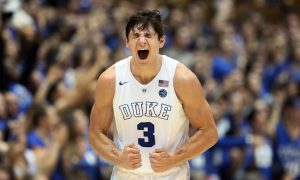 CHICAGO — It was billed as a rare No. 1 vs. No. 2 matchup that would, among other things, provide college basketball fans with an opportunity to see Marvin Bagley on a big stage for the first time. Only problem? Not even 10 minutes post tipoff, Bagley could not see. So Bagley could not play. Which left Duke without its most talented player for the final 30-pus minutes.

Mostly because Grayson Allen scored a game-high 37 points to lead the top-ranked Blue Devils to an 88-81 victory against a Michigan State team that fell behind by double-digits early, rallied late but could not close in the opening game of the Champions Classic here at the United Center. The result dropped Hall of Fame coach Tom Izzo’s record to 1-11 against Hall of Fame coach Mike Krzyzewski.

As for Bagley, the possible No. 1 overall pick of the 2018 NBA Draft sat on the bench the entire second half with what Krzyzewski later described as a “scratched eye” that was caused by a teammate accidentally poking him while attempting to grab a rebound. Duke would not make the 6-foot-11 forward available after the game. But Bagley was in the locker room and seemed comfortable — although his eye was obviously red and bothered. Bagley’s availability going forward is unclear. But multiple sources connected to the Duke program did not seem to think this would cause him to miss much, if any, time. The expectation is that he’ll be available for Friday’s game vs. Southern and is at no-risk of missing next week’s PK80-Phil Knight Invitational.
Source: CBS Sports
Featured Image: AP Photo/File
Inset Image: Getty Images
Tags
DukeGraysonAllenjoy105comMichiganStateNBADraft2018
Categories
Sports
SHARE THIS ARTICLE
OLDER ARTICLE