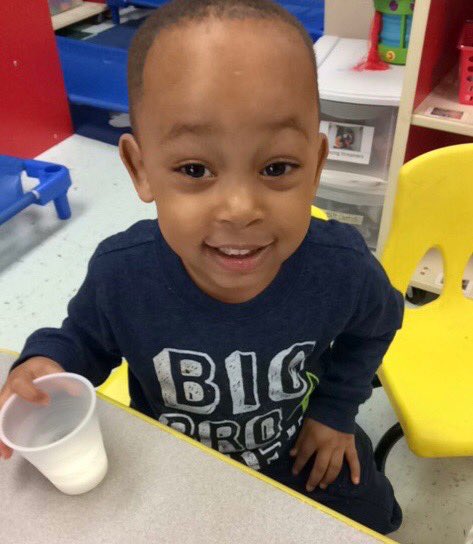 New video has been released weeks after a mother was charged in her 3-year-old son’s death at Charlotte Douglas International Airport in September. Jaiden Cowart died from injuries he...
by Zach Freeman December 6, 2019 265 Views

New video has been released weeks after a mother was charged in her 3-year-old son’s death at Charlotte Douglas International Airport in September. Jaiden Cowart died from injuries he suffered after a fall from an escalator at the airport.

WBTV learned on Tuesday, Nov. 19 that there were active warrants out to charge Jiterria Lightner with three counts of misdemeanor child abuse. If found guilty, she could face jail time.

CMPD said that Lightner turned herself in Thursday, Nov. 21 at the Mecklenburg County Sheriff’s Office and was served with the warrants for three counts of misdemeanor child abuse. According to the warrant, the charge comes because Lightner allowed “the child to play, unsupervised, on and airport escalator.”

On Wednesday, Dec. 4, new video was released that showed the moments before the tragic fall happened. The video was recorded by surveillance cameras near the escalator where Cowart fell.

The surveillance images show Cowart and his siblings walking around near the escalator. Lightner is out of frame for much of the video. The video shows the kids walking in the small space between the escalator and a parallel staircase. Video then shows Cowart and his sister latch on to the moving escalator handrail and get carried upwards. The deadly fall happens when the children are out of frame. Seconds after the fall, an adult and one of Jaiden’s siblings are seen heading back behind the escalator.

**WARNING: Be advised that this video is difficult to watch. Viewer discretion is advised**

Additionally, an airport incident report notes that a witness to Cowart’s fall told first responders that “the mother was nowhere near the child”.

Charlotte-Mecklenburg Police said officers responded to the incident at the airport around 9 p.m. on Sept. 25. CMPD says the toddler had fallen in the stairway near the baggage claim area. Airport Medic immediately arrived on the scene and began to administer first aid. The child was then taken to a local hospital with life-threatening injuries, police said. Cowart was taken to Atrium Health’s Levine’s Children’s Hospital and was pronounced dead on Sept. 28.

Lightner’s defense attorney, Michael Greene, spoke with WBTV about the situation on Nov. 19.

“I think she’s reliving it every minute of her life and I think that this doesn’t help,” Greene said.

Greene says Lightner and her three young children were waiting to be picked up from the airport when the incident happened.

“She was watching her children. In the event where it happened, she was literally 10 to 15 feet away,” explained Greene.

The attorney says two of the children were in between an escalator and a staircase, when they hooked their arms around the moving escalator belt, got carried up the escalator and ended up falling off.

“I think that everyone’s gonna see that this was an accident and with some other provisions that could have happened at the airport, probably could have been prevented,” Greene said.

The attorney says there are other escalators at the airport where a child physically wouldn’t be able to fit in between the escalator and stairs to get themselves in such a predicament.

Charlotte-Douglas International Airport previously provided WBTV with a statement about the situation.

“We are committed to and constantly reviewing safety and risk. We review any and all recommendations and take appropriate measures. The escalator you are referencing was inspected and was released back in service the following day,” the airport said in the statement.

Greene says anyone who has a child should be able to sympathize with his client..

“No one has a child strapped to their hip for 24 hours a day. That doesn’t necessarily mean that there’s a neglect going on,” Greene said.

After surveillance video showing the moments prior to Cowart’s fall was released, Greene continued to maintain that his client was innocent.

This Man Contracted Gangrene In His Penis And Doctors Had To Amputate: Rare Disease