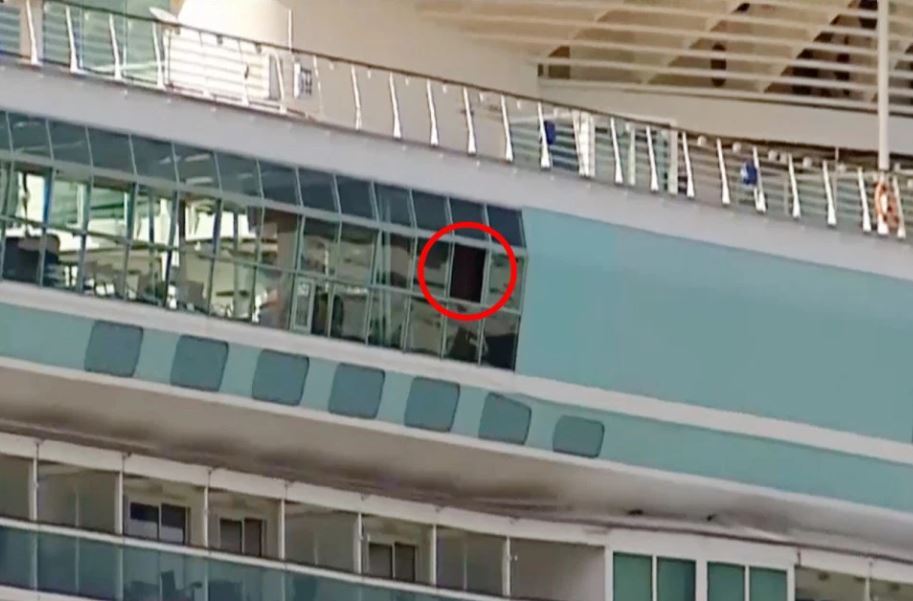 Grandad who dropped toddler from cruise ship held her out of open window for 34 SECONDS, court docs claim

A GRANDAD who dropped his toddler granddaughter from a cruise ship “unquestionably” knew the window was open  – because he held her out of it for 34 seconds, according...
by Zach Freeman January 19, 2020 390 Views

A GRANDAD who dropped his toddler granddaughter from a cruise ship “unquestionably” knew the window was open  – because he held her out of it for 34 seconds, according to court documents.

Salvatore Anello was holding two-year-old Chloe Weigand on the Freedom of the Seas cruise, which was docked in Puerto Rico, when she slipped out of his grasp.

The tragic youngster was killed instantly after plummeting 150ft to her death onto the concrete below in July last year.

Anello claimed he didn’t know the window was open but was charged with criminal neglect by Puerto Rican authorities.

And according to court documents filed by Royal Caribbean, there was “no hidden danger” and Anello “knew the window was open”, DailyMail.com reports.

The operator also said Anello would only have needed to use his “basic senses” to appreciate the danger posed to the youngster.

Horrifying footage showed the grandad pick his young daughter up and hold her to the window so she could bang on it moments before she fell.

Chloe’s parents Alan and Kimberly Wiegand had been travelling on the family holiday with Chloe and Anello when tragedy struck.

The family was reportedly so hysterical after the tragic fall that they had to be sedated by medics.

They have now launched a multi-million dollar negligence suit blaming Royal Caribbean for failing to install safety devices or warning signs on the waist-height glass window.

The grieving parents, from South Bend, Indiana, could claim “unlimited” damages for pain and mental suffering if they win.

They claim there wasn’t a sign or safety notice warning Anello the window could be slid open and say it is hard for the grandad to distinguish between a window and a missing pane because he is colour blind.

But Royal Caribbean denies breaching industry safety standards and hit out at the months of “false and inaccurate accusations” made by the family.

They have also filed a motion to dismiss the case as it could no longer “limit its expressions to those of sympathy and support”.

The documents say: “This is not a case of an unknowing child approaching an open window and falling out because the window was defective or improperly positioned.

“Rather, this is a case about an adult man, Chloe’s step grandfather who, as surveillance footage unquestionably confirms: (1) walked up to a window he was aware was open; (2) leaned his upper body out the window for several seconds; (3) reached down and picked up Chloe; and (4) then held her by and out of the open window for thirty four seconds before he lost his grip and dropped Chloe out of the window.

“His actions, which no reasonable person could have foreseen, were reckless and irresponsible and the sole reason why Chloe is no longer with her parents.”

A federal judge is yet to rule on Royal Caribbean’s motion to dismiss the case – but a status conference is scheduled for March.

Anello faces up to three years in prison if he’s found guilty of causing the fatal fall.

He was reportedly offered a plea deal in return for minimal probation instead of jail time but refused – insisting he was innocent.

The IT worker previously told CBS: “Chloe being gone is the worst thing ever so I’m like, whatever, you know. There’s nothing worse that they could do to me than what’s already happened.”

This Singer Thought The Mark On Head Was A Pimple And It Ended Up Being Skin Cancer. Diagnosed 3 Times In 3 Years