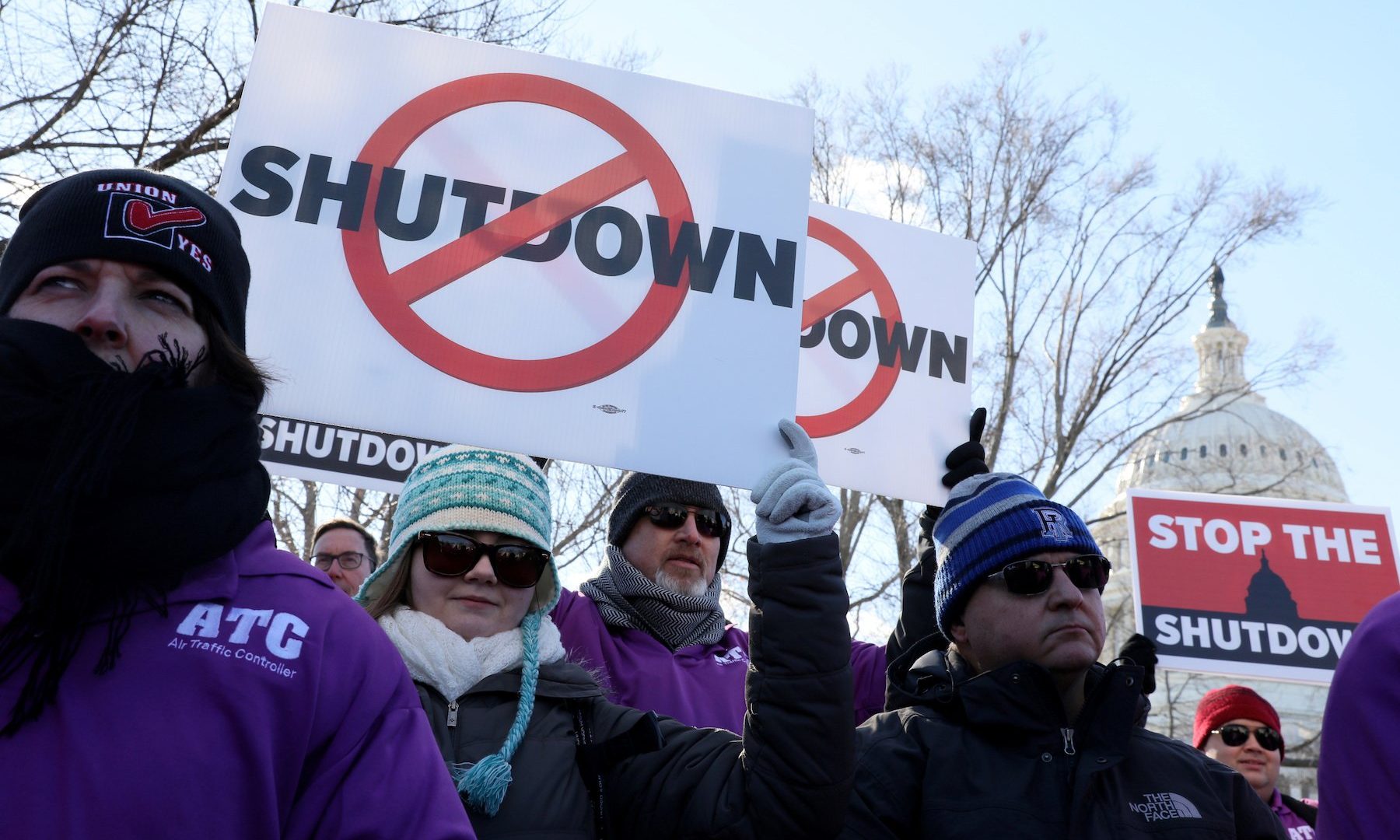 Governor says 50/50 chance for another government shut down this week!

A lead Republican negotiator on the committee aiming to avoid another government shutdown said there is a “50-50” chance that an agreement to keep the government open would be...
by Joy Smith February 11, 2019 247 Views

A lead Republican negotiator on the committee aiming to avoid another government shutdown said there is a “50-50” chance that an agreement to keep the government open would be reached before the deadline. Sen. Richard Shelby, the chairman of the Senate Appropriations Committee, told Fox News on Sunday that negotiations between the 17 Democrats and Republicans on the border conference committee had “stalled,” and that there was a “50-50” chance they would reach an agreement.

“We’re hoping we can get there,” he said. “But we’ve got to get fluid again. We got to start movement.”

President Donald Trump reopened the government for three weeks to end the record 35-day partial shutdown, but those funds are due to run out on Saturday, February 16, at 12:01 a.m.

Congress must bring an agreement to Trump’s desk on Friday, February 15, to keep the government funded.

But in practice, reaching an agreement may be even more urgent than that.

Lawmakers face an unofficial deadline of Monday to reach an agreement so the legislation to keep funding the government could pass through both the House before then, The Hill and Politicoreported.

Both parties say they are keen to avoid a repeat of the shutdown that started in December and continued into January. That left more than 800,000 federal workers without work or working without pay, national parks left with heavy damage, and organizations like theFBI warning that the safety of Americans was at risk.

Trump’s acting Chief of Staff, Mick Mulvaney, told NBC’s “Meet the Press” on Sunday that “you absolutely cannot” rule out a government shutdown at the end of the week.

“We do not want it to come to that, but that option is still open to the president and will remain so,” he said.

What Republicans and Democrats are fighting over

The impasse between the two parties is over whether there should be a cap on the number of detention beds that the Immigration and Customs Enforcement (ICE) has access to. Democrats want the cap, while Republicans do not.

Democrats say the cap would make the government prioritize the detention of criminals rather than law-abiding undocumented immigrants.

Democratic Rep. Lucille Roybal-Allard, who is also on the committee, tweeted on Sunday: “The Trump Admin has been tearing communities apart with its cruel immigration policies. A cap on ICE detention beds will force the Trump Admin to prioritize deportation for criminals and people posing real security threats, not law-abiding immigrants contributing to our country.”

The shutdown started December 22 after Democrats refused President Donald Trump’s demand that a spending bill to keep the government open include $5.7 billion in funding for a wall along the southern US border.

Republican lawmakers said last week that Trump would accept around $2 billion for the wall, but Democrats rejected that number,according to Politico.

On Sunday, Trump accused the Democratic leadership of interfering with the discussions and from stopping Democratic negotiators from making a deal.

I don’t think the Dems on the Border Committee are being allowed by their leaders to make a deal. They are offering very little money for the desperately needed Border Wall & now, out of the blue, want a cap on convicted violent felons to be held in detention!

34.7K people are talking about this

Mulvaney said Trump will find the money to fund the border wall elsewhere if lawmakers don’t agree to provide funding.

Trump has threatened to declare a national emergency in order to secure the funds for the wall, though makers are divided over whether such a move would be legal.

If no agreement is reached, the White House could sign a continuing resolution to keep government funding at the same level.

Not Everyone Is Happy With Andy Cohen About This !!!