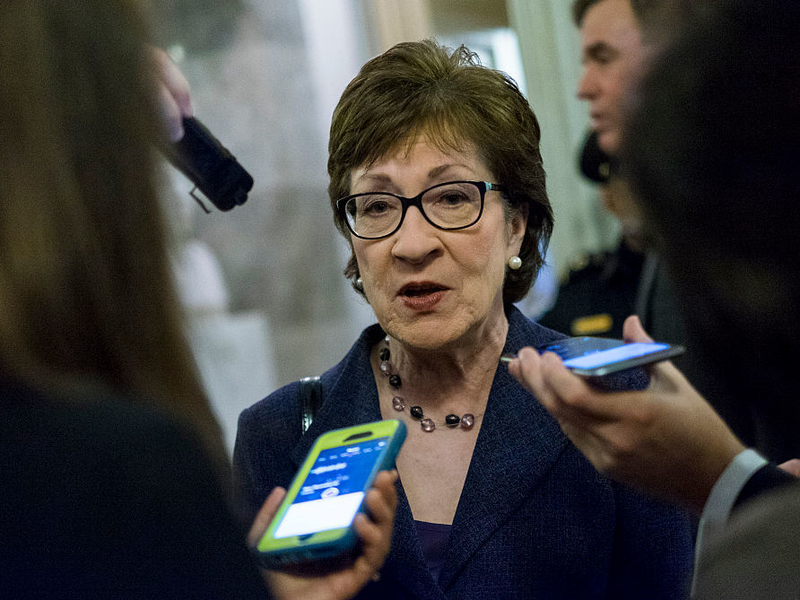 Sen. Susan Collins (R-Maine) is calling for the Senate Intelligence Committee to interview Donald Trump Jr. over a meeting he held with a Russian lawyer who promised to provide compromising...
by Joy Smith July 10, 2017 502 Views

Sen. Susan Collins (R-Maine) is calling for the Senate Intelligence Committee to interview Donald Trump Jr. over a meeting he held with a Russian lawyer who promised to provide compromising information on Hillary Clinton during the 2016 presidential contest.

The Maine lawmaker, who sits on the committee, told reporters that “our intelligence committee needs to interview him and others who attended the meeting.”

The Hill confirmed the comments with Collins’s office.

Trump Jr. tweeted Monday afternoon that he would be happy to “pass on what I know” to a Senate panel.

Trump Jr. and the White House have downplayed the meeting, saying there was nothing wrong with the president’s son taking it. Trump Jr. said Monday made a sarcastic comment on Twitter about how he could hardly have been the only person to attend a meeting where someone was offering damaging information on a political opponent.

But the fact that the meeting was with a lawyer with close ties to the Kremlin, a chief antagonist to the U.S. government, has raised eyebrows in both parties.

The reports come amid probes being carried out both by the Justice Department and several congressional panels that are looking into whether Trump campaign aides colluded with the Russians.

The Kremlin denied knowledge of the meeting and that it knew Veselnitskaya on Monday.

Sen. James Lankford (R-Okla.), who also sits on the Senate Intelligence panel, told NPR earlier in the day that the committee is “walking through the details” of the meeting.

Trump Jr. said that he did not receive any compromising information about Clinton, saying the agenda quickly turned to American adoptions of Russian children — an issue with which Veselnitskaya has long been involved.

“Her statements were vague, ambiguous and made no sense. No details or supporting information was provided or even offered. It quickly became clear that she had no meaningful information,” Trump Jr. said in a statement.

Trump Jr. said he agreed to the meeting at the request of an unnamed acquaintance.

VIDEO: Inmate Steals Van and crashes through a door!