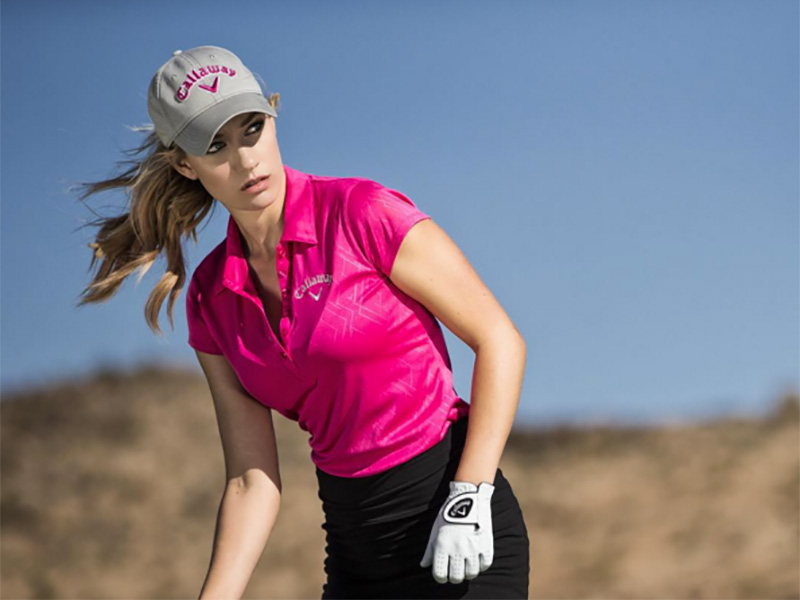 The Dubai Desert Classic will be centre of attention in the golfing world next year, and not just due to the quality of the players in the field. Paige...
by Joy Smith October 12, 2017 1178 Views

The Dubai Desert Classic will be centre of attention in the golfing world next year, and not just due to the quality of the players in the field.

Paige Spiranac, the glamorous professional golfer who has shot to fame via her Instagram account, will act as the official starter for the tournament, which is held at Emirates Golf Club from January 25-28.

The role involves announcing each player in the field onto the tee and was most famously performed by Ivor Robson, whose unmistakable rising Scottish tones were heard at The Open for over 40 years and made him for many the voice of golf. But rather than a silver-haired, suited septuagenarian, this European Tour event will be started by a 24-year-old blonde whose Instagram account shows off her skimpy attire as often as her superb golf swing.

Spiranac, whose Instagram account has 1.2million followers, said she was ‘proud’ to have landed the role, adding in a teaser video: ‘Come and say hi to me and see the world’s best players in action.’

Sergio Garcia went on to win the Masters this year after capturing victory in Dubai two months earlier, and the Spaniard is already confirmed to defend his title in January.

Other recent winners include Danny Willett, who also went on to win the Masters months after his 2016 victory in the Middle East, Rory McIlroy in both 2015 and 2009, and Tiger Woods in 2006.

Woods’ last competitive round of golf came at the tournament this year, when the 14-time major champion limped his way to a sorry 77 before withdrawing due to back problems that would later see him undergo major surgery. Spiranac competed on the same Majlis course during the Dubai Ladies Masters in both 2015 and 2016. The American missed the cut on both occasions but memorably gave an emotional press conference in which she broke down in tears while discussing the cyber bullying she had been subjected to.

‘Cyber bullying is a huge problem and no-one ever discusses it,’ she said. ‘It’s no longer funny. It’s not the cool thing to do to make fun of other people, and you need to be supportive and I think that’s really important.’

Spiranac, who promotes good causes, such as Breast Cancer Awareness, on Instagram added: ‘It doesn’t matter how I play this week. But the fact that I’m here and I’m sharing my story, hopefully can save someone’s life, I think that’s so much more important than if I make the cut or miss the cut.’

Science Says: Avocados & Bananas Could Save Your Life!