A five-year-old British girl who was fined for selling homemade lemonade near her home has been inundated with job offers, her father said. Andre Spicer’s daughter set up the lemonade...
by Katricia Brown July 24, 2017 503 Views 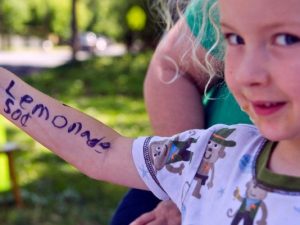 A five-year-old British girl who was fined for selling homemade lemonade near her home has been inundated with job offers, her father said.

Andre Spicer’s daughter set up the lemonade stand 10 days ago to sell the refreshment to people who were on their way to a nearby music music festival, but local government workers intervened and said she did not have a license to do so.

Spicer’s daughter was given a $200 fine (along with a harsh lesson about business). 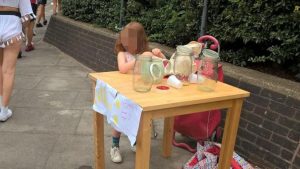 The girl burst into tears and told her father, “I’ve done a bad thing.” The episode led to a backlash against the local council and Spicer, an academic, wrote a stinging opinion piece in a British newspaper in which he fretted over what the incident might say about British society, its rules-based culture and budding female entrepreneurship. Tower Hamlets Council in east London subsequently retracted the fine and also apologized.

However, “lemonadegate,” as some here have been calling it, has not entirely gone away. Over the weekend, Spicer tweeted that the family had been “overwhelmed by the kind response from people across the world” to the unlikely affair.

He also revealed that “dozens of festivals, markets and businesses have offered us the opportunity to set up a lemonade stand.”

Among them was Borough Market, one of London’s largest and most-visited markets. “In all seriousness, would your daughter like to sell some lemonade at Borough Market?,” its organizers tweeted. We’d love to make that happen for her.”