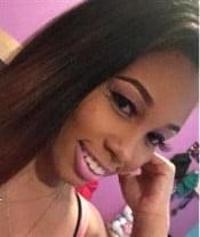 A young Georgia mother is dead after her ex-boyfriend allegedly lured her to an apartment complex to meet up with his current girlfriend where she was ambushed and killed, police said.

On May 25, De’ja McCrary was killed when she drove to the Camelot Condominiums in South Fulton — allegedly at the request of her ex-boyfriend, Colvin Lindsey, said police, 11 Alive reports.

Lindsey had allegedly coordinated for McCrary to “fight” with his current girlfriend, Teandra Brox, police said, according to 11 Alive, which spoke to South Fulton Police Chief Keith Meadows.

When McCrary got out of her car, she was shot and killed, police said.

Her 4-year-old child was in the car and suffered minor scratches, police said, according to the outlet.

Lindsey was arrested on May 30 and charged with murder, aggravated assault with a deadly weapon, possession of a firearm during the commission of a felony, and being associated with a street gang while participating in a crime, online jail records show.

Brox was arrested on June 1 and charged with murder, aggravated assault with a deadly weapon, and being associated with a street gang while participating in a crime, online jail records show.

Barnes was arrested on May 26 and charged with murder and aggravated assault with a deadly weapon, and being associated with a street gang while participating in a crime, online jail records show.

Want to keep up with the latest crime coverage? Sign up for PEOPLE’s free True Crime newsletter for breaking crime news, ongoing trial coverage and details of intriguing unsolved cases.

All three are being held in the Fulton County Jail. It is unclear whether they have retained attorneys who can speak on their behalf.

As police continue to investigate, McCrary’s family and friends are mourning her loss.

Her cousin remembered McCrary online as a “sweet young lady who definitely didn’t deserve this at all. My cousin was beautiful inside and out. We’re going to miss you DEJA.”

Her aunt wrote, “Sunshine, you truly became a bright young lady who definitely did not deserve this. We will do everything in our hearts to take care of your princess. I pray we see each other again.”

Her loved ones held a celebration of life for her on June 6 in Decatur.