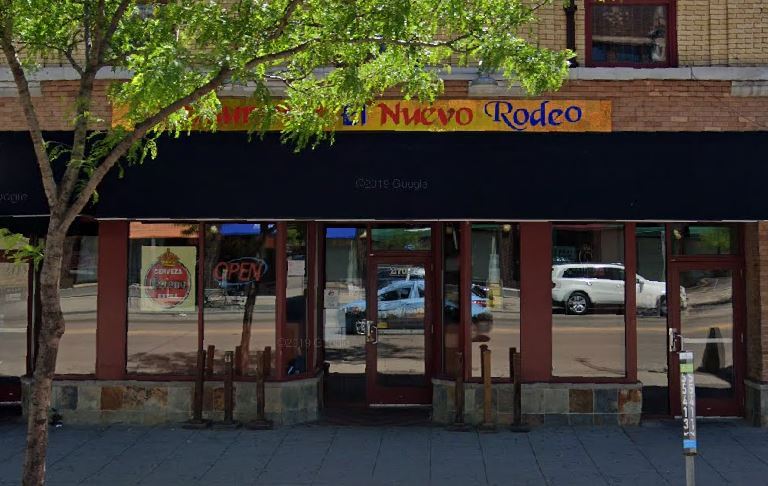 GEORGE Floyd and the cop who kneeled on his neck before he died previously worked together, a former club owner has said. Floyd’s death has sparked violent protests in the city...
by Zach Freeman May 29, 2020 672 Views

GEORGE Floyd and the cop who kneeled on his neck before he died previously worked together, a former club owner has said.

Floyd’s death has sparked violent protests in the city of Minneapolis and has led to the sacking of policeman Derek Chauvin.

Now, according to the ex-owner of the city’s El Nuevo Rodeo club, both men were employed as security at the venue at the same time.

Maya Santamaria, who recently sold the club, told KSTP-TV: “Chauvin was our off-duty police for almost the entirety of the 17 years that we were open.”

She revealed that Floyd worked inside the venue as a security guard while the police officer worked off-duty outside the club.

Maya admits she does not know if the pair knew each other as the business employed two dozen security guards – but there would have been occasions where they working on the same night, she says.

She claims Chauvin would often overreact and use pepper spray on people, saying “he had a real short fuse and he seemed afraid.”

“When there was an altercation he always resorted to pulling out his mace and pepper spraying everybody right away, even if I felt it was unwarranted,” Maya said.

The former business owner says Monday’s incident could maybe have been defused if the pair recognised each other.

She said: “What if he could’ve just said ‘Hey, man, you and I worked together at Maya’s place. Remember me?’”

Floyd moved to the city from from Houston, Texas in 2014 after serving five years in prison for home invasion, reports the Chicago Tribune.

According to friends, Floyd had started to turn his life around in Minneapolis.

A video has emerged of the father-of-two encouraging young people to put an end to gun violence, saying: “It’s clearly the generation after us that’s so lost, man,” before adding “come home.”

His lifelong friend Christopher Harris told the Atlanta Journal Constitution that his pal was looking forward to a “new beginning” in Minneapolis.

He said: “He was looking to start over fresh, a new beginning. He was happy with the change he was making.”

Monday’s disturbing footage showed Chauvin kneeling on Floyd’s neck as he was being arrested for allegedly using a fake $20 bill in a nearby shop.

Floyd was later taken to a local hospital where he died.

Hours after his death, the Minneapolis Police chief announced the four officers involved were fired.

Frey called for Chauvin to be charged in Floyd’s death on Wednesday.

“I’ve wrestled with, more than anything else over the last 36 hours, one fundamental question: why is the man who killed George Floyd not in jail?” he said.

“I saw no threat. I saw nothing that would signal this kind of force was necessary.”

Police and protesters clashed in Minnesota on Tuesday night, with local news outlets reporting hundreds of people marching in the city.

Floyd’s family has echoed Frey’s calls for justice saying they believe their relative was “clearly murdered”.

President Donald Trump said this week that the FBI and Department of Justice are “well into” a probe into Floyd’s death, which was made at his request.

“At my request, the FBI and the Department of Justice are already well into an investigation as to the very sad and tragic death in Minnesota of George Floyd,” said Trump.

The president also said he’s asked for the probe to be expedited before sending his condolences to Floyd’s family and friends.

He ended with a pointed message: “Justice will be served.”