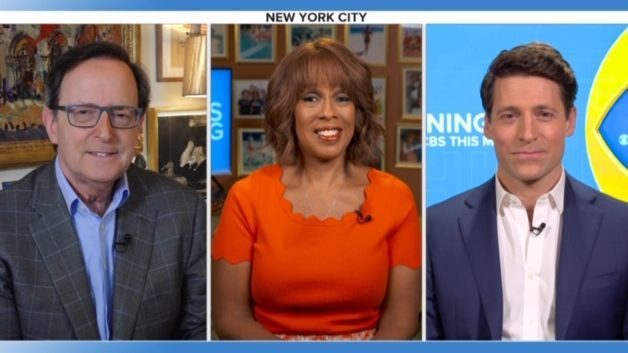 “CBS This Morning” has opted to keep its three anchors working from home in light of the expanding coronavirus crisis in New York. Gayle King, Anthony Mason and Tony Dokoupil anchored the show from their...
by Zach Freeman March 30, 2020 911 Views

“CBS This Morning” has opted to keep its three anchors working from home in light of the expanding coronavirus crisis in New York.

Gayle King, Anthony Mason and Tony Dokoupil anchored the show from their respective homes on Monday. King told viewers at the top of the 7 a.m.-9 a.m. ET broadcast that the move was designed to adhere to federal and state guidelines for social distancing. The decision comes amid reports that the contagion is spreading fast across New York state.

“We, like you, are practicing social distancing out of an abundance of caution,” King said.

The “CBS This Morning” team has already been forced to scramble during the past few weeks as the coronavirus outbreak forced the show out of its regular studio at CBS Broadcast Center on Manhattan’s Westside.

The show moved to CBS News’ Washington, D.C. bureau for a few editions, and then two weeks ago moved to “The Late Show With Stephen Colbert’s” studio at the Ed Sullivan Theatre after production on Colbert’s show was temporarily shut down. “Late Show” will be back with new episodes as of tonight, albeit originating from the host’s home in Montclair, N.J.

Mason had already begun anchoring “CBS This Morning” from his Manhattan home last week after a member of his family exhibited some signs of a possible infection.

The decision to keep all three anchors at home was in part an effort to keep to a minimum the number of “CBS This Morning” staffers needed in one place to produce the show. With the anchors working from home, fewer crew members and staffers were required to gather at the Ed Sullivan Theater.

“CBS This Morning” offered another somber example of the devastation caused by the COVID-19 outbreak in noting the death on Sunday of Maria Mercader, 54, a 30-year news division veteran who was most recently director of talent strategy.

Mason praised Mercader as “a friend, a valued colleague and an inspiration.”

Check Out This Video Showing How Coronavirus Is Killing Many